Some Tidal albums are not played on Roon

A specific album is not played in roon while being played well using TIDAL app.
The Tidal link is Brûle by Miossec on TIDAL
The search in roon to get it is “Miossec Brûle”

When trying to play this album it makes the roon app to freeze and you then need to restart the app.
I followed the different procedures to log off and log in to Tidal, clean the Tidal Cache, clean the Roon server cache, reinstall the roon core but no sucess.

Thanks for your advice,

Assumption: A Roon driver for AAC is missing, because Tidal does not have lossless here. 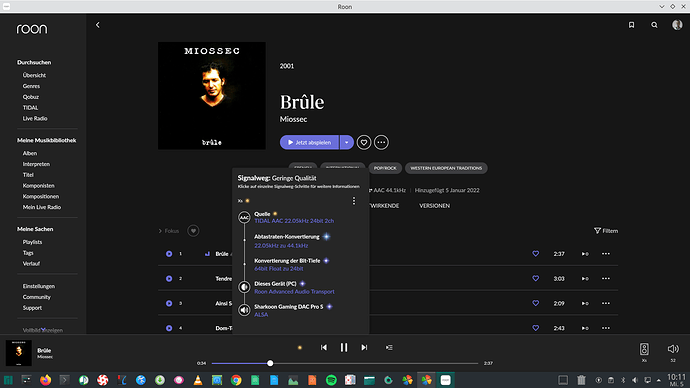 Qobuz has it in the higher quality 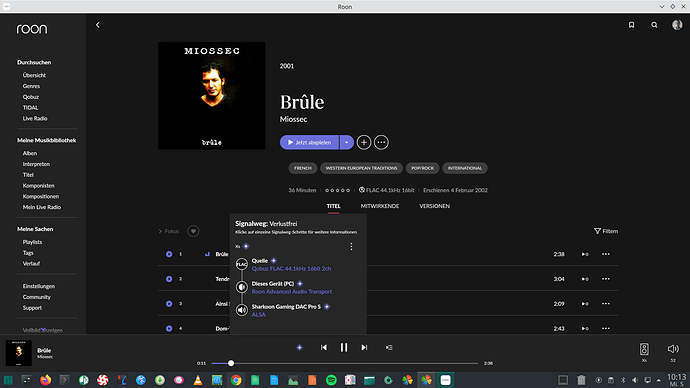 Assumption: A Roon driver for AAC is missing

I’m not sure that’s a good assumption. More pertinent might be that the file is being detected as 22.05k and not 44.1k.

More pertinent might be that the file is being detected as 22.05k and not 44.1k.

Lots of Tidal AAC-only streams are falsely shown in the Roon Remote as 44.1/24 and in the signal path only as 22.05/24. I have encountered this many times. And of course, playing back this and other Tidal AAC streams doesn’t make my Roon App ‘freeze’ as experienced by the OP.

So, something else must be going on with the OP’s Roon installation and AAC playback. Here’s a random album I knew is only available as AAC on Tidal, but this time correctly identified as 22/24 AAC in the Roon interface. @Alexandre_Pouillot, you could try to play back this album and report on this thread if it works fine or if it makes your Roon interface freeze as your Miossec album. If it does make freeze the Roon interface, your problem seems to be something related to AAC playback in general (Codec problem?). If it plays back well, then we should try and find some more Tidal streams falsely identified as 44.1/24 in Roon and try if there is something wrong with those streams to make playback fail on your system. 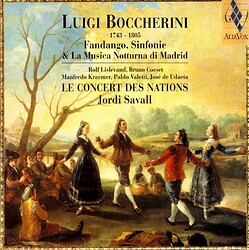 After some poking around in my library I found this album which is another example of false identification as AAC 44.1 kHz in the Remote with a 22.05kHz/24 bit signal path: 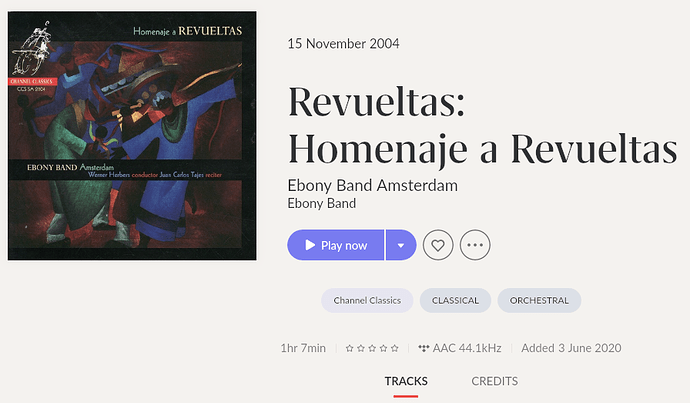 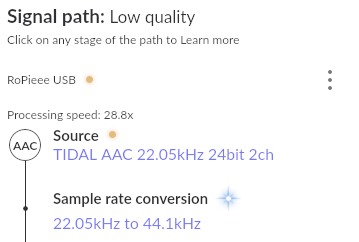 There are also many Tidal albums shown by Roon as AAC 44.1kHz that play back as 44.1 kHz FLAC.

I’ve made the test with both album and I get the same behaviour as with the Miossec album.

But let me details the freeze effect. The Roon app doesn’t completely freeze. I can browse and search for other music. I can even click on play on tracks from other albums but the track never start playing. It looks like the player is locked with the AAC files in error.

Therefore the only option for me is to close and restart the Roon App. I experience the same behaviour with my iPhone.

Alexandre, these tests seem to confirm that there are more general (codec?) problems with AAC reproduction on your system. As your Core runs on a QNAP NAS and I have no experience whatsoever with the correct installation or re-installation of the codecs on this platform, let’s wait for Roon Support or another user pointing you in the right direction.

Thanks a lot for helping and contributing !

Thanks to you I finally find out how to resolve the issue.
It was linked with the ffmpeg file provided by default with the QNAP OS that was not handling properly the AAC.

So I had to provide an updated ffmpeg file working with the Intel CPU on my QNAP, and then restart the roon core.

Website to get the ffmep file: John Van Sickle - FFmpeg Static Builds
Procedure to update the FFMEP is accessible when opening the roon core on QNAP → Click on the ffmpeg button 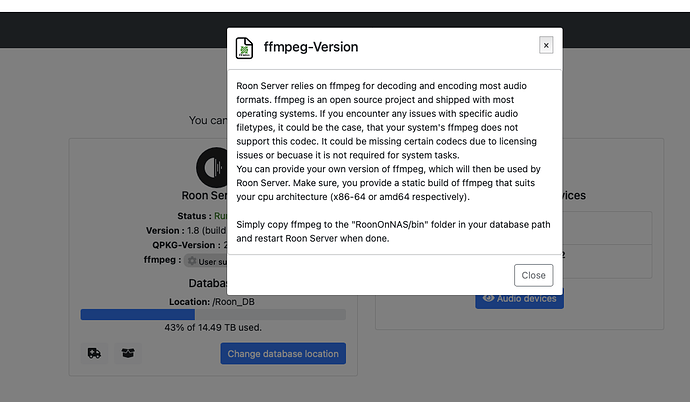