Some tracks not played ?!

Tidal always works, but some tracks on the server itself just fail to play

I press play and Roon tries but then just stops and behaves as if the queue is empty. Silence

I did think it was related to special characters being in the filename, but that doesn’t seem to be the case. Frustratingly it’s just some tracks, not others

Anyone else have this problem or any pointers as to how to troubleshoot?

Anything special about these files? Do they have anything in common? Can you post one for download so we can check?

Here’s one that won’t play

Can’t immediately see why not, or indeed why some of the others don’t either

Maybe it’s m4a? That seems to be the problem with some others but not 100% sure to be honest

There’s some weirdness going on – it appears to be an AAC file encoded at 340kbps (341, according to Roon): 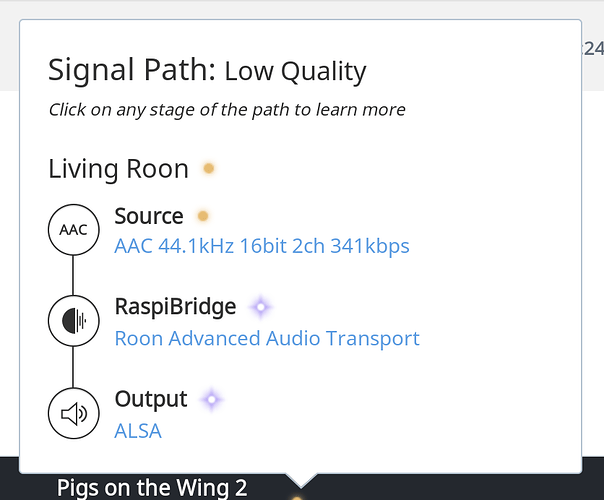 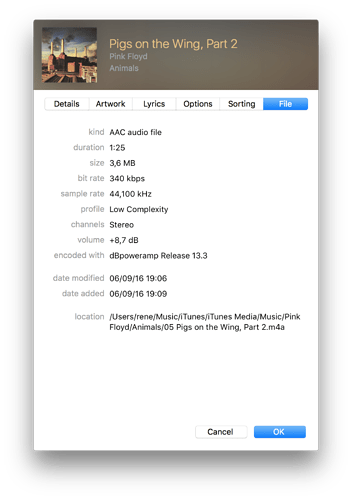 On my Linux server, I see the same symptoms as you do. iTunes plays fine however.

To thicken the plot: when switching to my OSX based Roon test server, the file plays fine as well:

Are you using ffmpeg or libav-tools on your Linux box? (I’m using the latter).

Just guessing these do not match well with AAC @ 340kbps, but I think this is one for @brian to take a look at.

I’m sure it’s there somewhere, but libav-tools was available so I never gave it any further thought

thanks for the help

instead of or as well as libav-tools do you think?

Forgetaboutit… Just tried it on a virtual Debian testserver with ffmpeg – no dice.

Hi @gasman ---- Thank you for the insight and the sample, I am going to download this and have a look as well. Thanks!

I’ve trawled my collection over the weekend and the same problem exists with a number of tracks, all AAC

Anyone have any ideas? Or the same issues?