'Sort by most played' a bit scrambled

Today my Roon library in album view, sorted by most played, has gone a bit crazy - see below. 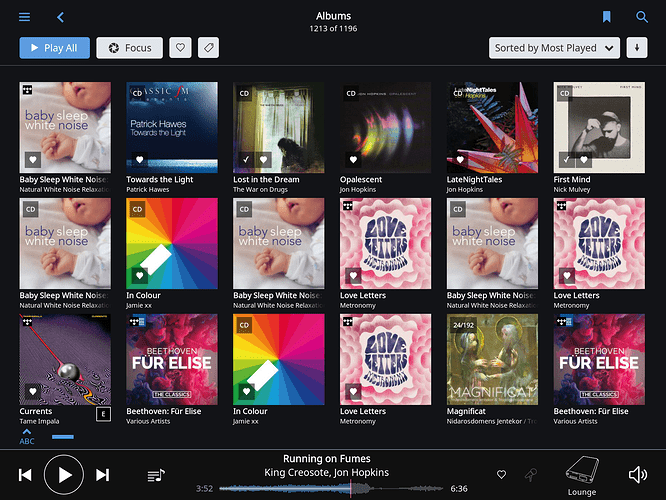 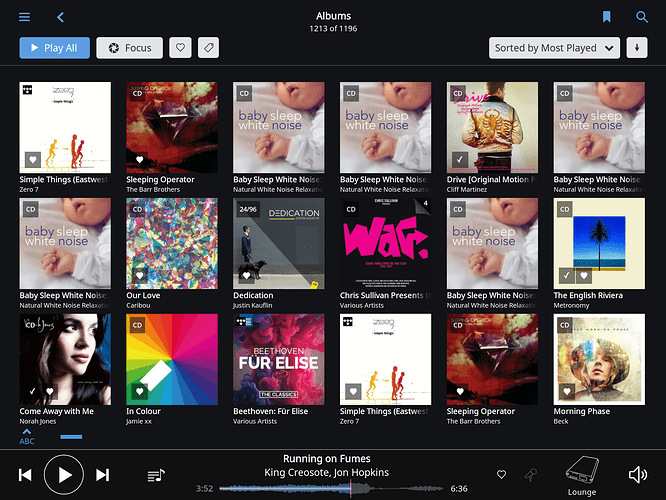 I assume this has happened since I added a 5 track album (baby sleep) to a watched folder outside of my iTunes library, because it’s in FLAC. Other than that I can’t think of anything else I’ve changed, although I’ve added a few albums as CD that were (and still are) Tidal ones. The baby sleep is 5 non-sequential tracks from the album, the rest are identical to the Tidal ones. Metronomy - love letters - hasn’t changed.

My hunch is it’s sorting the album by each track within, and duplicating it by the number of tracks? Guessing. Thinking about it that’s not it as there are too many copies of the sleep cd. 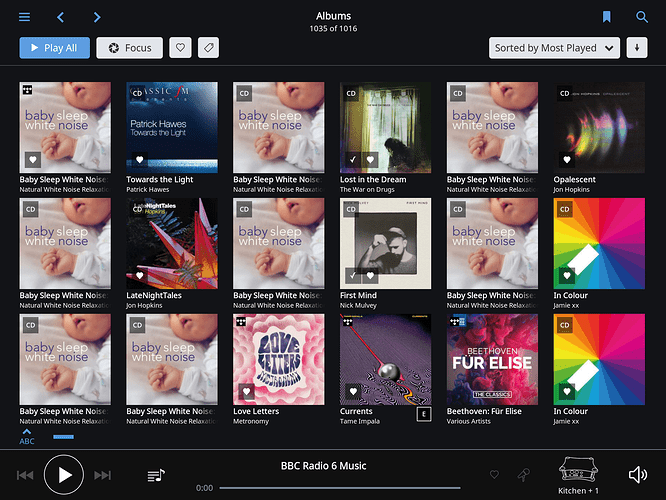 It’s the baby. Just let her/him sleep by her/himself and order will be magically restored.

Can’t replicate it. Is there anything unusual in the tags for the Baby Sleep album ?

Nothing as far as I can tell. It didn’t have anything so I manually added album title, track names, and album artist. That’s it.

But it’s weird other albums are splitting and multiplying too… definitely the weirdest thing to happen so far in Roon. I started suspecting a Halloween joke?

It’s the baby. Just let her/him sleep by her/himself and order will be magically restored.

Just sent you a PM @hifi_swlon – we’ll take a look at your logs and see what’s happening here.

Don’t want to speak too soon, but seems like third time lucky on the Roon restarts - it’s not reappeared this time. Very bizarre.

Yup, bizarrely this never reoccured. Self-solved problem, what’s not to like.

(Thanks to support too for following up)

I have the sort issue consistently on my iPad. Also happens on my Mac clients too.