Recently, pushed by the Roon warnings on the price increase, I decided to try again Volumio and evaluate if it could be a good alternative.
Although I see that after so many years of Volumio evolution, it still lacks at identifying some albums and not grouping some tracks on the same album as it should. But surprisingly, I found the sound quality slightly better with Volumio on my Chord Mojo 2 + Hifman Arya setup.
At first I thought it was related with the Roon endpoint on the Roonpie OS, so I decided to install the roon endpoint directly on the Volumio OS. But I still continue to hear differences between Roon and Volumio, preferring the extra detail and body I get from Volumio.

Roon says its lossless, but something sounds different. Don’t know what. Any thoughts on this? 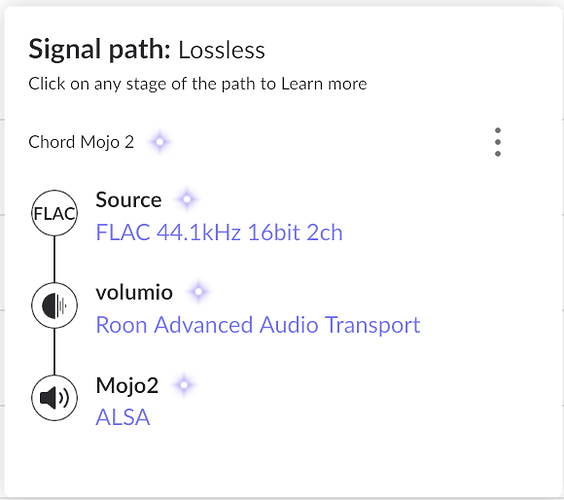 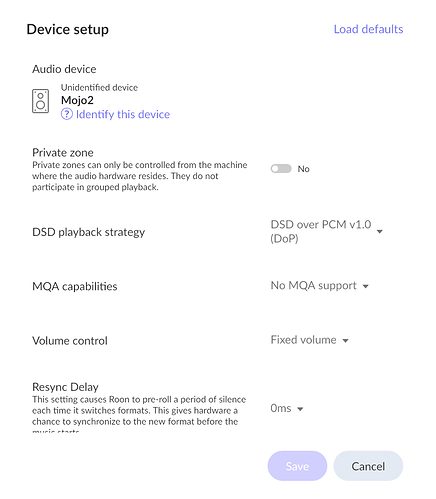 Roon signal path is bit perfect. I’ve never used Volumio, but they say it is (or can be) bit perfect too, so maybe it’s just a[n analog] gain delta between the two. In other words, you probably get a different volume with Volumio

I was a longtime user of Volumio. Using it was how I came across Roon and also from HiFi magazines.

I found Volumio occasionally had blips, crackles in the sound. This also happened with Roon via Volumio as an endpoint. It could have been the RPi I was using at the time.

During my trials with Roon and realising I could use Roon Core as also the endpoint and my Sonos, Airplay devices and another computer as endpoints, it was clear I didn’t need Volumio plus the SQ issues.

Not looked back since.

I started out with Volumio, and end up going with Roon. Volumio, while sounding good, crash on me so many time and has a horrible library management. Roon is much better.

But, I am leaving Roon for Audirvana. It is cheaper than Roon and sounds almost the same.
Audirvana manages its library way better than Volumio, but still behind Roon. But that works out for me.

Roon says its lossless, but something sounds different. Don’t know what. Any thoughts on this?

Double-blind, or sighted comparison? If sighted, could be your brain playing tricks on you.

Otherwise, as others have mentioned, it’s some difference in the analog pathway - either a volume/gain difference, or different analog output stages, or something downstream of Roon and Volumio.

Extremely safe to say it’s not a difference between Roon and Volumio themselves.

Try Roon with a squeezelite endpoint rather than a RAAT endpoint. Let me know what you think of the difference.