My recent downsizing move has me thinking about buying a soundbar. Does anyone have recommendations or precautions about such a move? Is there a model you’d recommend? Obviously, I’d want it to talk to Roon and vice versa.

Many thanks for your ideas.

I owned a Sonos Playbar for the last couple of years. Not bad at all, and it plays quite nice with Roon. What I missed however wat the sound stage that you get with stereo speakers, so in the end I got rid of my playbar and now I have a 5.1 setup again.

If space is an issue, I would consider getting a pair of nice bookshelf speakers instead of a soundbar.

not impressed by my Sonos Beam

works, but… my 15 yo iPod HiFi, despite being very unpractical, just kicks it in the butt

We’ve got a small Sony bar with a wireless sub that roon sees as a chromecast. Mt-500.
Discontinued now but I’m sure similar are available.
Best hifi ever, no. But small discrete and good enough.

Samsung released some very nice soundbars developed at a dedicated lab in California.

I similarly downsized, I lost speakers, and bought the HW 950 , then top of the range. It comes with a sub and 2 small back speakers. Everything is wireless for signal but the sub and backs need a local mains supply. It does 7.1 and even atmos by reflection and top mounted speakers.

The sound is remarkably good . I think it’s discontinued now but only because bigger and better came along. I use my Cambridge Audio CXN ( but any analog or digital input would do) to run it via Aux but it has all the bits, wi fi, Bluetooth, optical and HDMI.

Most hi end soundbars have similar specs. I heard good things about the Sennheiser one but never heard one

My system is now this soundbar, assorted Bluetooth speakers , kitchen etc and a HD800 headphone system

For most people setting up a 5.1 system is a huge endeavour and they end up settling on a sound bar for simplicity. For them I would recommend a good pair of bookshelf speakers, either with a simple amp or powered. It’s a huge improvement on the tv’s sound and you get the best set up for music with none of the compromises of a sound bar.

Good luck on your decision.

I suspect many settle for a soundbar because they blend in better with decor. Not every lounge decor lends itself to multiple speakers let alone the wiring complexity.

I was not being sarcastic about WAF it’s a big thing in every hi fi system. I would love a dedicated “cave” but that is not to be. I settle for hifi on headphones and love it in my dedicated Eames Lounger

Along with it comes a much more visually non tech lounge

Yep ours was definitely selected by my wife. The other end of the room contains hifi mission control.

Sounds like my family, ged. I had to cede control of the main living space in order to get complete control of another room. The SALT talks were less complicated.

The soundbar is the (just discontinued?) Samsung HW-Q90R which is fabulous. Consists of the bar, a very good sub, and pair of wireless surrounds. 7.4.1 channels and Atmos-capable. Is it in the same class as the Meridian gear? No? Does that matter? No. Is it an immersive riot? You bet!

Edit: I think that my soundbar is the same or a slightly newer version of @Mike_O_Neill’s.

I got one end of the room to be used before evening TV and other negotiated timeslots. My wife WFH for the last five months has cut the time considerably. Hence my investment in new headphone system in my office.

Heard one of these a few times and it sounded pretty nice. https://www.dali-speakers.com/uk/loudspeakers/kubik/kubik-one/

Mostly unimpressed with soundbars I’ve listened to but not heard many top end ones.

The good soundbars are expensive. I bought a pair of ADS L200Cs and a 6" Pinnacle sub. Powered by a digital amp from Parts express (a bigger one) and a DAC to take the Optical out from TV. Total investment around $300. a Chromecast on the TV is the Roon endpoint. Matches the freq. response of a Sonos Arc plus Sonos Sub. The main speakers can be moved behind the TV. Sub is on the floor on the right. You could save a little by using Minimus 7 speakers. 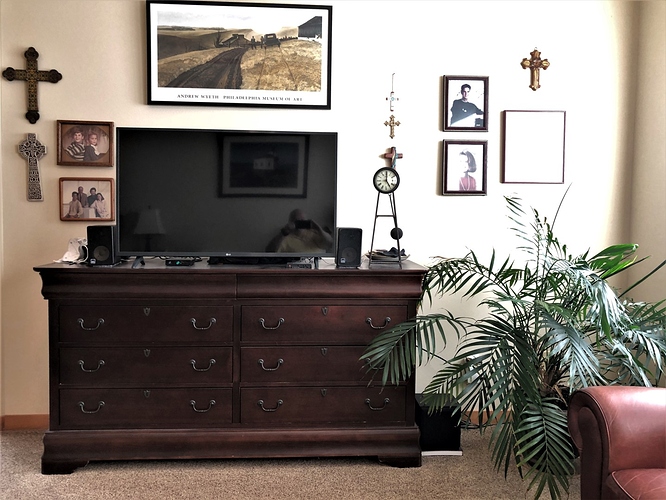 A few years ago I purchased a Bose Soundtouch 300 soundbar, Bose Acoustimass bass module, and Bose Virtually Invisible rear surround speakers. I went this route because my wife wanted speakers gone from our family room, and I was ready for something new and different.

I realize some people think Bose is a joke, but this surround system sounds great and has worked flawlessly since the day I bought it. My total expense was US$1700, and worth every penney to me. While I did not purchase this system for listening to music, once I got involved with Roon, Tidal, and Qobuz, I have been very pleased with the SQ. I stream Tidal and Qubuz from Nucleus to Oppo 203 to Bose.

Unfortunately, Bose no longer offers the Soundtouch 300 and now sells a Soundbar 700. While this system is almost identical to the Soundtouch 300, hardware wise, the new operating system seems to be plagued with issues. I’m not sure I would recommend the Soundbar 700, but for anyone looking for a soundbar, it’s certainly worth a listen. 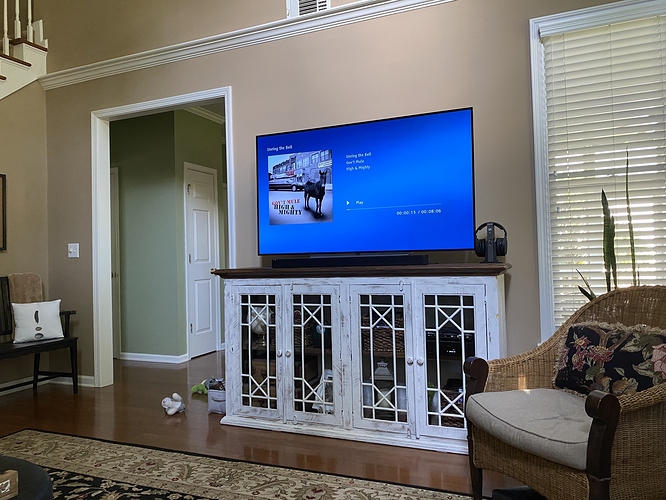 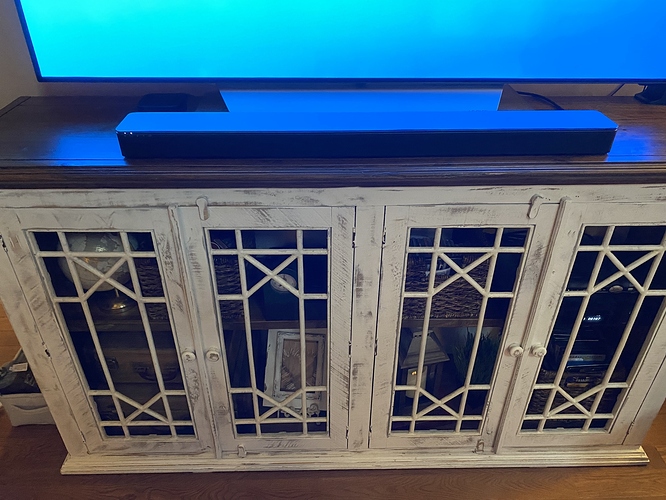 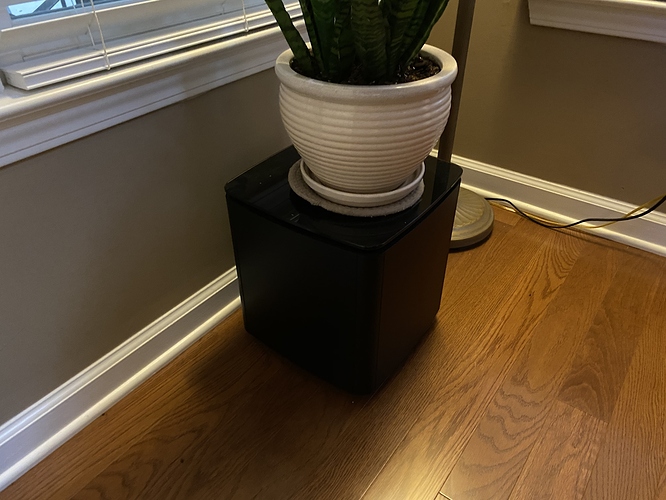 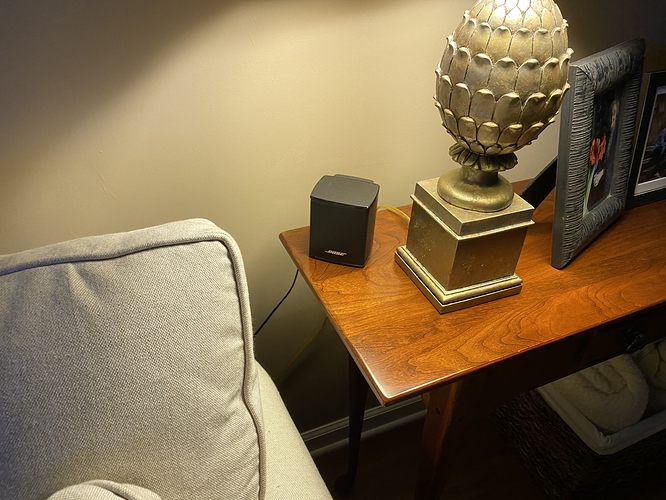 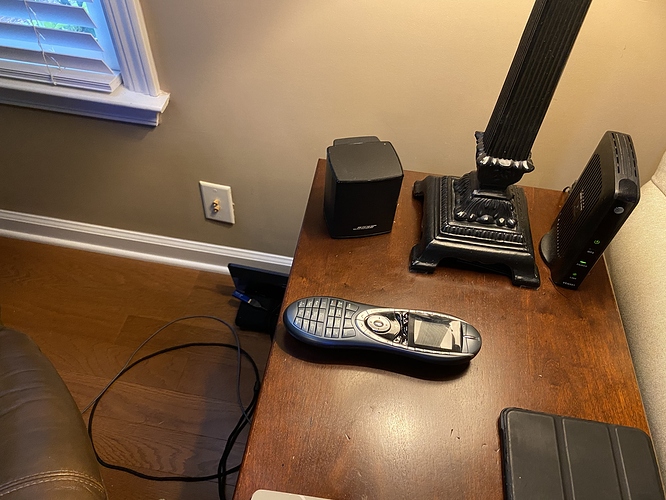 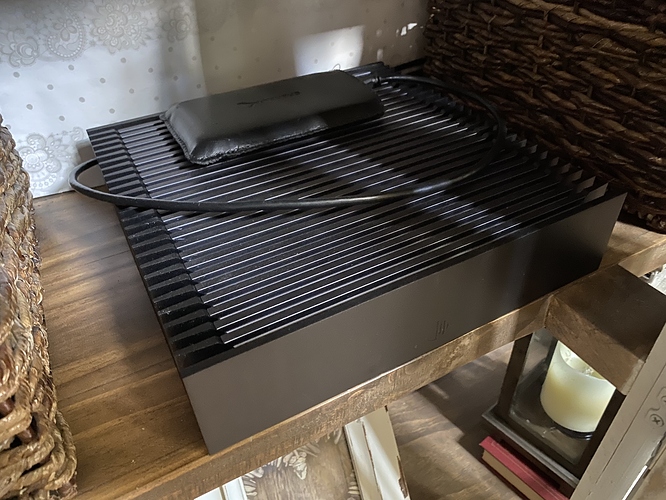 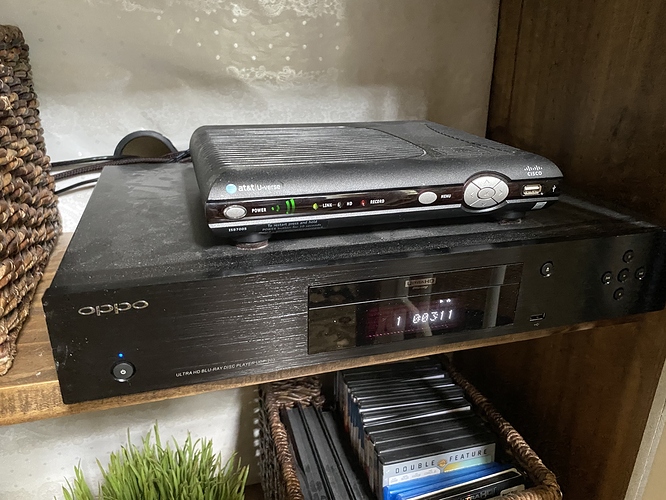 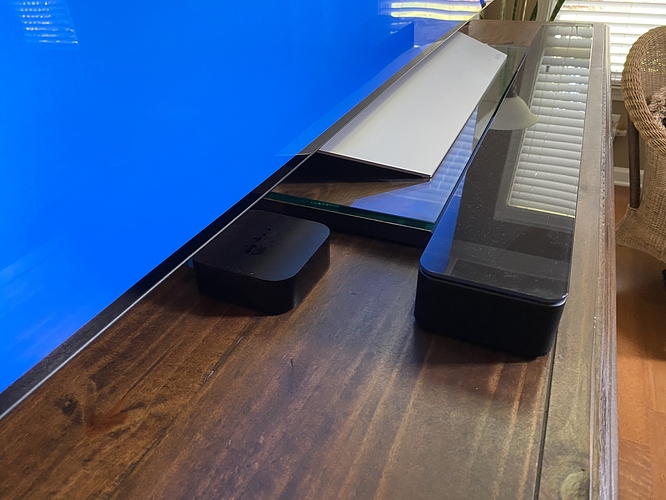 As I approached retirement 7 years ago , “discussions were held” something to do with 70’s rock (much along the lines of Brexit I fear) A budget was agreed and I was duly provided with a pair of HD800 and told to sit in my corner and not sing along !

As part of the “de-teching” of the lounge , Mission Control was slowly dismantled and leaving 1 streamer and 1 DAC

I downsized as well and invested in one of these Yamaha soundbar. 16 speakers and beamforming do a passable job of full 5.1. Comes with a full compliment of onboard apps and Roon sees it via AirPlay. It also has uPNp to just pull from your NAS. It’s not a full sized kit, but, if you keep expectations in check it’s functional. Heavily discounted at times or open box units bring the price way down. Be moved by your entertainment like never before. Hi-def audio processing and 16 speakers calibrate sound to your room to put you in the middle of the action. MusicCast streaming enabled.

I have a Naim Mu-So 2, sound quality is great and can fill a very large room. Used for both Music and Movies as it is connected to a 77” OLED TV for Movies, source for Music is Roon Nucleus.

with Roon via WiFi or Ethernet (Ethernet sounds better).

Recently connected my Roon Nucleus via USB to a Mutec MC3+USB reclocker which then connects via toslink optical to the Naim Mu-So 2, this produced even better sound, more detailed (though Ethernet connection still sounds great too).

My recent journey has focussed on lower box count, a bit more minimalist, though still have high quality and the Naim Mu-So 2 helps to achieve this. Sound is rich and powerful. It looks good too.

Thanks this is very helpful!

Was hoping someone would give feedback on the Mu-So 2 as it is exactly what I had been eyeing to pair with a new tv in my bedroom. I’ve been very happy with a Qb 2 in my kitchen so I figured the bar would also be great but it helps to see a real world positive experience.

A couple of picture as requested … the Naim Mu-So 2 looks smaller than it actually is (after all, it sitting under a 77" Oled TV, on an IsoAcoustics ISO 430 Studio Monitor Isolation Stand). 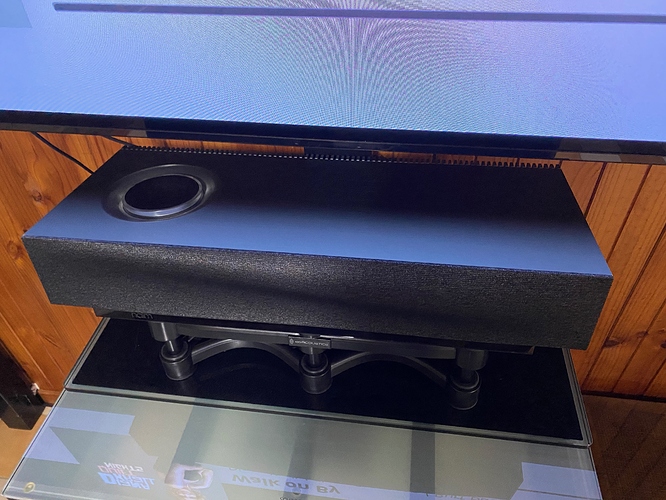 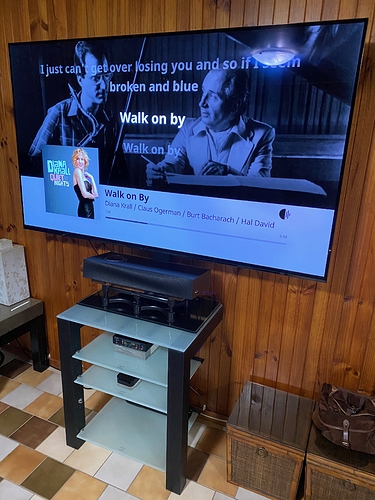