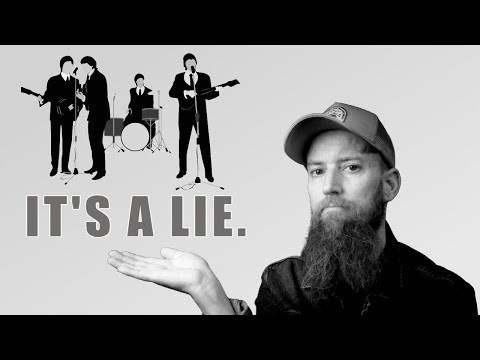 What’s he say? (I don’t listen to YouTube talkers.)

I think the guy means that the claim of a veridical soundstage is a lie.

Basically that unless it’s a stereo mike recording all is artificial. Mixed, panned, shaved summed up ‘produced and sound engineered’. To make it worse usually mastered to fit reproduction on mobile phones as they are the main market. So David Chesky and some old Jazz recordings are real. The rest may sound great but the stage you ‘hear’ never existed. Typical for all multi track recordings. Does not mean it’s bad though is cannot be something that ever happened in a studio that way we perceive it.

But that is some beard. I’m jealous.

I have had a much different life experience. But I listen to A LOT of bands who allow taping. Bands who allow patching in and who have spent lifetimes making accurate live recordings.

I would never expect a studio album to represent proper staging of the musicians.

This is why the Beatles, stones, kinks etc early stuff sounds better in mono. It was just a hatchet job to make stereo.

More to do with the fact that they spent most of the mixing time on the Mono mixes. The stereo ones were done quickly by comparison. The dominant format at the time was with mono LPs played back on mono equipment.

This is why the Beatles, stones, kinks etc early stuff sounds better in mono. It was just a hatchet job to make stereo.

I’m looking forward to hearing the ‘new’ remix of Revolver. It was originally recorded direct to tape, but has now been ‘de-mixed’ using AI and machine learning. 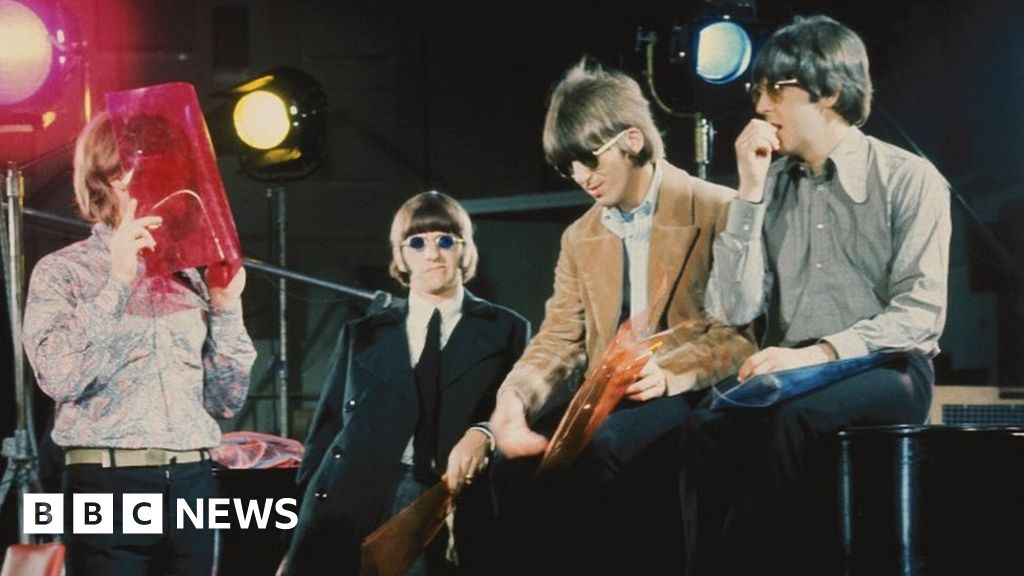 Out on Qobuz later this week:

Listen to unlimited or download Revolver (Super Deluxe) by The Beatles in Hi-Res quality on Qobuz. Subscription from £10.83/month.

I have the vinyl mono mixes and love them. Sometimes makes you wonder if stereo is better.

The things explained in the video are correct, but they don’t really mean that “soundstage” in music (re-)production “is a lie”. It isn’t a lie. It’s an auditory illusion created by recording/mixing/mastering engineers. The effects aren’t imagined. They’re real and they make listening to music a lot more enjoyable.

Exactly! Soundstage isn’t a “lie” but it is an illusion. You’re listening to two sources (in stereo) correct? But because of the way the ear/brain processes spatial information, you get the illusion of multiple sources in space–whether the recording is a minimally miked live recording of an actual performance, or created out of multiple tracks and a mixing board.

I honestly couldn’t take more than 15 seconds of the guy, though. He didn’t seem to me to have anything much to say, or any interest in saying it succinctly. “Soundstage is a lie” is an attention getting headline. He should defend his thesis, or stfu.

I agree. That’s how our auditory system works, as it has the ability to localize sounds using only two inputs: the ears.

I hate it when someone calls my illusions a lie.

This was not exactly a secret. We all know that most commercial studio music is recorded by individual mikes and mixed to create an artificial stereo image.

Not sure what rock he has been living under. Not many serious music listeners think everything was recorded at once. We are at the mercy of his group to take tiny monitors and decide how the music should be staged. That is why there is so much bad music produced out there.

I have not watched the video but wait till this guy learns what they do with film!

Saying soundstage is a lie is just silly. There is an engineer in a booth with monitors constructing art. Sometimes in collaboration with the musician but often not.

Acoustic music trying to capture middle seat third row is one thing but a rock band… Do I really want to hear their tiny lead amp next to the drum kit and their bass amp stack destroying my room to reproduce a “live” soundstage? No, not really. Last live show I was at they didn’t mic the drum kit because the room was that small.

You want to know the real lie? Cymbals! Go to guitar center and bang on a crash cymbal. Now try to find a recording and a stereo system to reproduce it. Honestly, you’d go deaf listening to a real crash in your room it live volume.

oh, and what if I told you a lot of artists don’t write their lyric. The horror!

Art has always been a lie. That’s the point. If I wanted reality I’d just go outside. But I like living the lie with you folks a lot better.

Production values are one of the main criteria I use to evaluate which of the many recording artists I regularly listen to. I listen for wide sonic range, good instrumental balance and well mixed, not muddy, good clear low end, vocals not too far forward yet distinct. If the music is really compressed, like a lot of top pop music, I find it tiring to listen to and it just sounds very ‘small’.

If the music is really compressed

What kind of compression are you referring to?

Not to speak for him, but as he is referring to pop music in particular, I would guess not data compression but