Spinning wheel when adding album to library [Ticket In]

when i go to add an album to my library i get a spinning wheel forever. latest build using mac (latest updates) as roon core. I have no physical library - i only stream (qobuz) 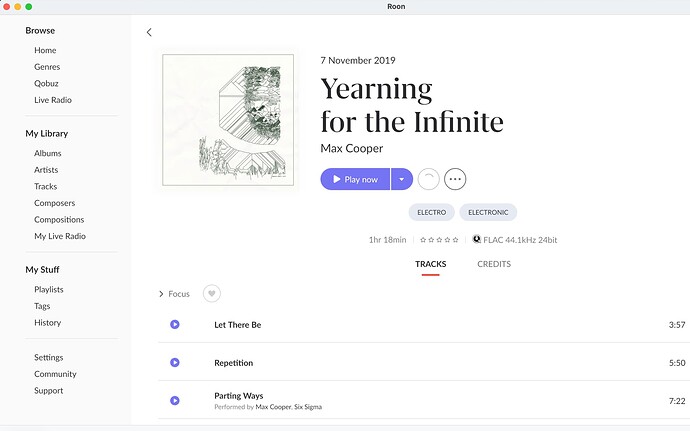 Just an oddball question.
You don’t already have that album in your library do you?
Unfortunately Roon will do exactly as you say if that is the case without telling you that you already have it and that’s why it just spins.

Only a recently new user myself. Found that if you click the back arrow above the album picture it will take you back to the album now showing as added. Failing that, click the artist and go down the page to Albums in my Library. 99% of the time it is there…

No i dont think so.

If any album is already in my library then the + symbol changes to a heart. So i wouldnt have this problem as you cant try to add an album thats already in your library from the screenn i posted above.

Not always true…lol.
If you are looking at an album returned by a search from a playlist it does not show it being in your library… don’t ask how I know!
This should not happen IMHO but a situation that can occur.

Thanks for letting us know of this behavior. Does it happen 100% of the time? Are there any steps you could share that you can take to reproduce the issue?

None that i can identify, it only happens sometimes, but it does happen more often than not, and when it does it happens with all similar actions for a while ie if i keep adding albums each one gives the spinning wheel. As someone else said above while the wheel is spinning if i go back and in to the album again it has added it. Its painful because i cant add a tag or do other functions while the wheel is spinning

With me it happens without fail if I already have a local copy, otherwise I have no issue. I can replicate this every time.

Clearly, as much as I tried adding to library albums from Qobuz, my spinning wheel stopped spinning in a few seconds and displayed a confirmation message like so: 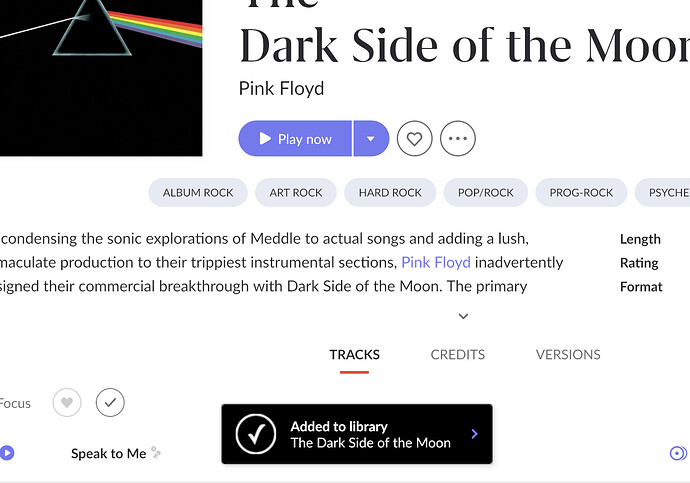 Since the source is Qobuz, would you mind trying this: 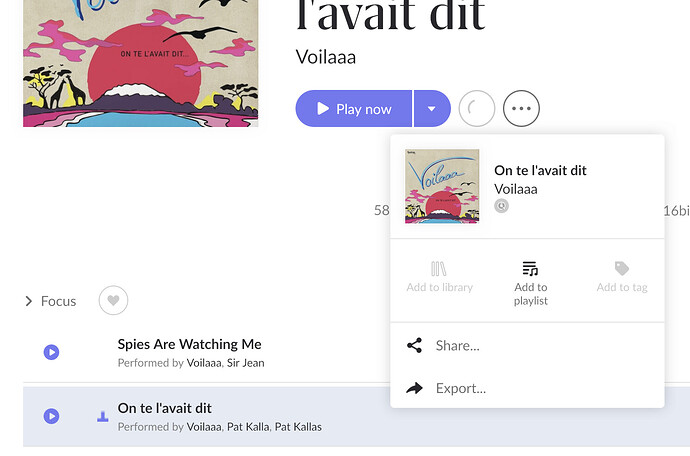 if i leave the page and come back straight away the spinning wheel is gone but i still cant add a tag. if i got to albums its there so it has been added. 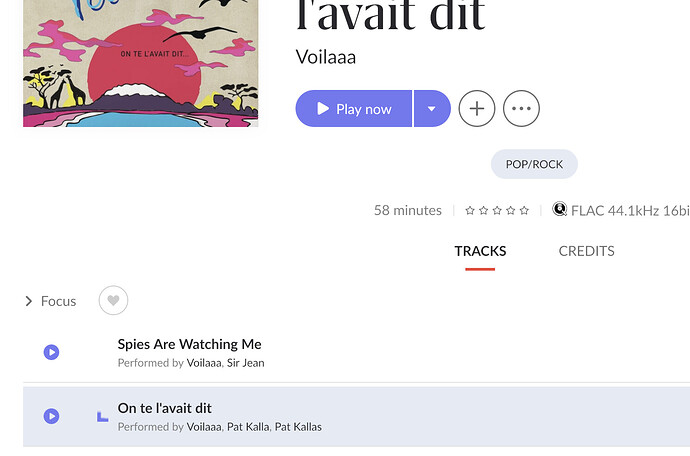 Thanks for clearly illustrating this, @Zeki_Mustafa.

I’ve taken it to our QA team, so they can take a closer look. I’ll follow up as soon as I hear back. My expectation is early next week (as we’re not in office over the weekend).

Please, bear with us.

Thanks for your patience while we returned to work this Monday. Let’s get started

The fact that “add to tag” is not active is expected: if an album is not in your library yet (when there is a spinning wheel on the rust screenshot), the “add to tag” option will not be available. A great example is your second screenshot (when you’ve navigated away from album details with the spinner still going and then returned to the previous page): you were on a page of an album that was not in your library, so the inability to add this album or track to tag is expected.

The problem here seems to be the infinite spinning wheel when adding album to library. This might be an environmental problem.

Could you please try adding an album to the library and when the spinning wheel starts, please don’t touch the app for 5 minutes. Is the album finally added to the library or not?

Yes, please, as a test

Hi, thx but your ‘expected behaviour’ is not so clear cut - if i go to albums, the album with the spinning wheel is there, top of the list of recently added. So roon has added the album to my library.

Anyway, i did what you said, added an album, roon added it in a split second, did another, same thing, did another - wheel still spinning after 5 minutes!

I appreciate you going with this

Would you please try this one more time (getting the infinite spinning wheel for about 5 minutes) and:

Once we have them, our team can take a closer look and see what might be causing this

Here is a variation of the use case which leads to the continuous spinning wheel.

You can do this also without playing the album.

So there is a problem when an album is added from the Qobuz section when this album is already in the library.

Just go to the Qobuz section and select an album already in your library. It will be shown as not yet in the library. If you add is then you get the continuous spinning wheel.

Hope this variation helps tracking down the main cause of the problem.

I reckon that 99% of the issues i have with roon, result from the dreadful woeful ill conceived illogical daft and dopey ‘roon library’.