Just felt like some EST this morning and i was surprised to see the listing of albums for Esbjörn Svensson Trio did not include their release “From Gagarins Point of View”, which is instead listed as an Album under the Artist “E.S.T. aka Esbjörn Svensson Trio”. Other albums are listed vice versa…

Perhaps thers a good reason for this, i just cant seem to grasp it…

I’ve got 4 EST entries under artists

Actually, I do too!

Well, at least three of them refer to the same constellation, “Esbjörn Svensson Trio aka E.S.T.”
No biggie, but nevertheless annoying when wanting to play a particular album.

PS @stevev1, have you done something manually to get pictures of the bands? I have only one of them pictured…
And i cant seem to find any way to edit the Artistpage either…

yes you can edit all pictures from the artists
go to artist page. then click these 3dots then click edit 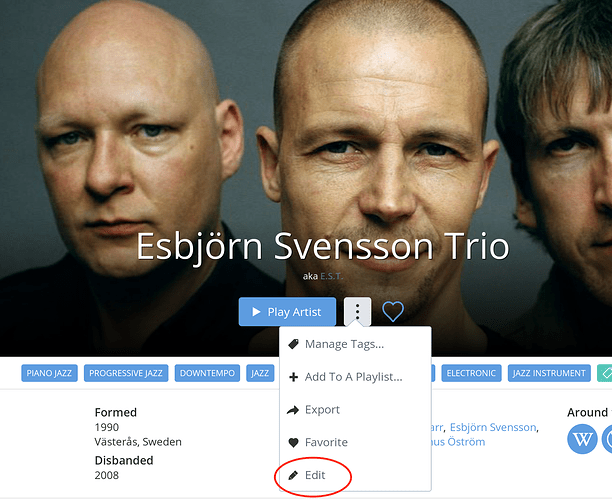 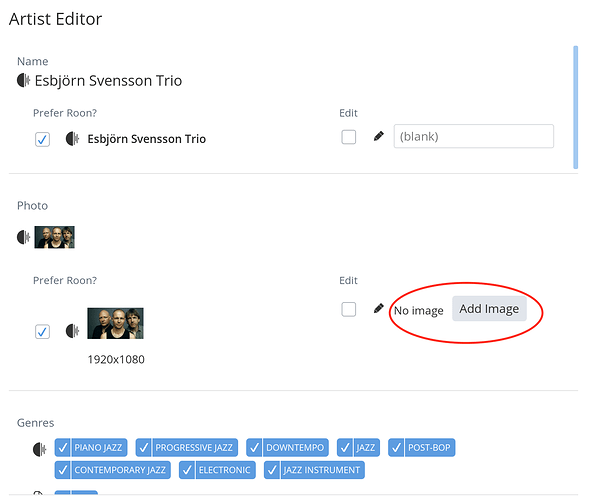 Ahem… No?
This is what i am seeing on iPad, latest Roon build: 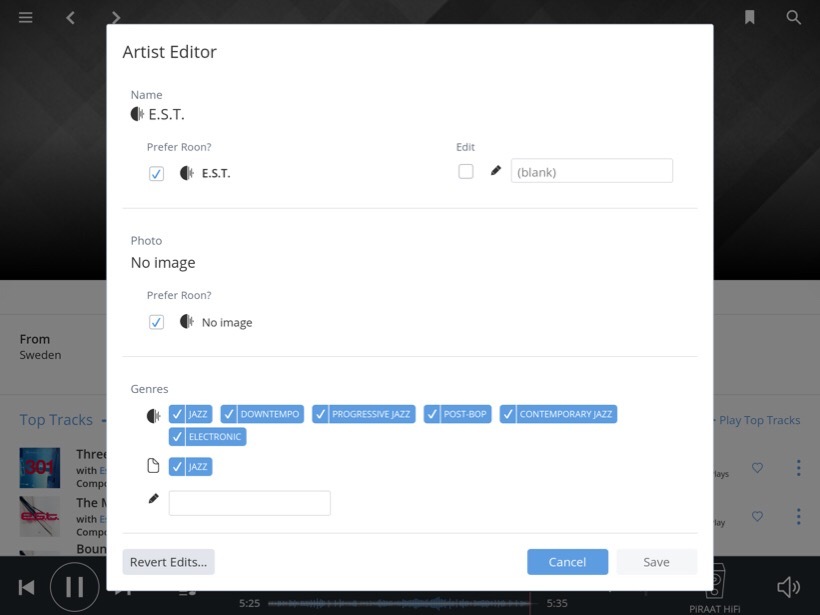 Okey, got there! Seems unavailable in the iPad app. It worked fine in the Mac desktop app though. Was that on purpose?
So, what is the preferred size then? It seems 1920*1080 works best and also becomes background for the artist page.

Still would like to get some feedback on the Esbjörn Svensson Trio/E.S.T confusion, so i’ll ping @support on this one.

I have some albums with Esbjörn Svensson Trion a.k.a. E.S.T.
I have two artists listed under the name “E.S.T.”, one with ten albums and one with just one album, From Gagarins Point Of View: 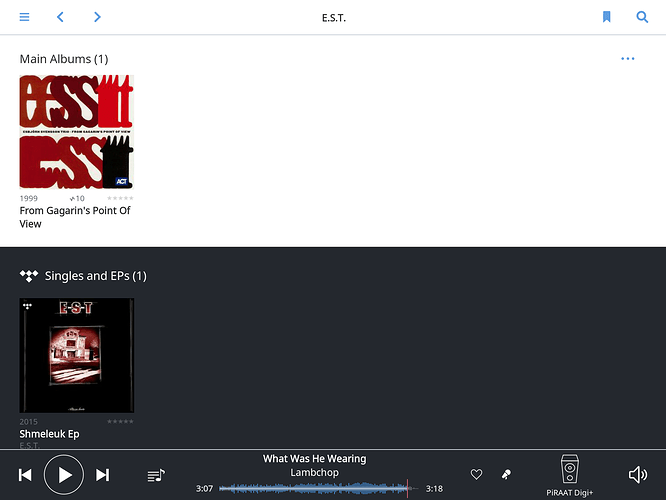 Under “Esbjörn Svensson Trio” artist page, two more albums are only listed as Appearances and Production: 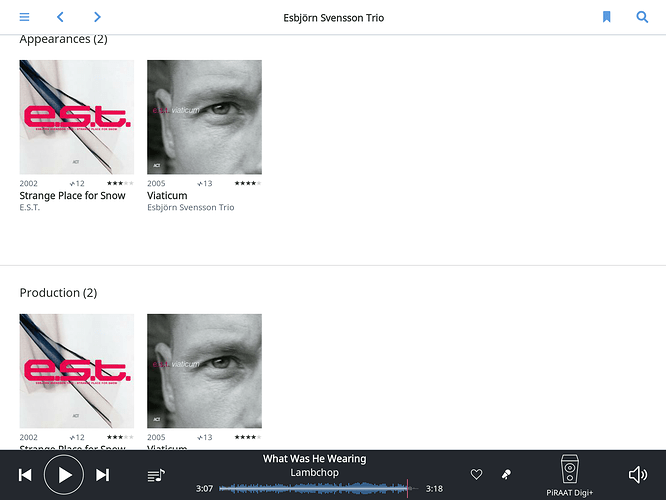 Can i edit this myself to create some ‘ordnung’?

Esbjörn Svensson Trio is the same artist as E.S.T. and i wish to display all of their albums under one Artist…

In the Artist browser, select two or more artists, and you get a Merge Artists button.

Thanks @AndersVinberg, that did the trick! I seem to have lost the “aka E.S.T.” though. No biggie! I’ll live with this.