So let me describe my problem. I’ve ripped the CD Dusty Definitely to FLAC (I’ve done this 4 times on 3 different computer with 3 different CD players and the results are exactly the same every time). dbpoweramp reports accurate rip each time (and secure), no problem. But then I get this behavior:

Everything else (albums) play GREAT on all machines and all zones. What could produce this behavior?

I suspect there might be some form of DRM going on with that Dusty Springfield album, could you provide more specific information such as the label and the year it was released. Also check carefully does it have the “CD” / Compact Disk logo on it? Some DRM protect disks don’t follow the CD standard and thus these logos are omitted.

I’ll tag @support, I suspect they may want to have a copy of the files so that can test them, in the meantime just so we have this clean can you provide / confirm the following: 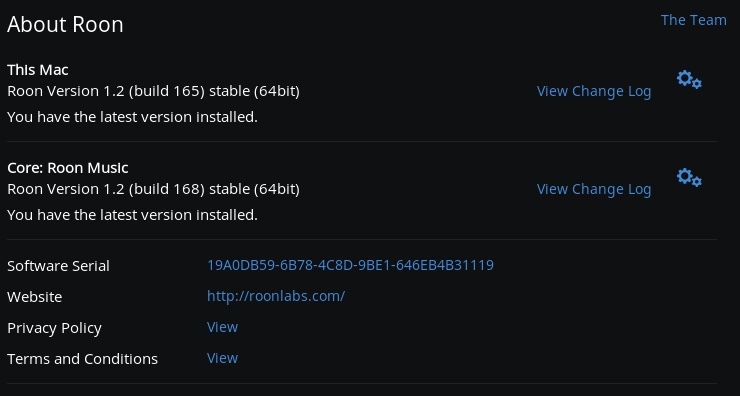 I’ve checked the CD and it doesn’t appear to be copy protected.

Hi @BLH ---- Thank you for the report and my apologies for the troubles here. I would like to see if I can reproduce this behavior on my end. Are you able to provide my the content via a dropbox link in a PM?

I can sure try. I’ve never used dropbox, but with instructions I’ll be glad to.

Hi @BLH ---- Thank you for the follow up. If you are not a dropbox user, no worries

I can offer a different upload method to use and will be contacting you via PM momentarily with instructions.

I tired to reply to the private email, but wasn’t able to do so. There is now more information, as the problem has cascaded. It’s not Roon. It’s clearly the preamp. Any digital input (except toslink) on the preamp produces the problem (clicks and pops). So, changing cables, source etc produces the same problem on the preamp except toslink which plays fine. The analog source plays fine too. So, my guess is that the SPDIF and AES digital input into the preamp is bad. I’m presuming the toslink is wired a bit differently so that it doesn’t produce the problem.

So, thanks Eric, I think we can close the problem on Roon. Now my problem is repair or replace the Lyngdorf DPA-1. It is 10 years old and is no longer manufactured and not easily repaired. My problem is I LOVE room correction and few stereo only products have it. It’s only money?..right?

Hi Brian (@BLH) ---- Thank you for the follow up! I appreciate your diligences in regard to your testing and attention to details. P

You said that EXACTLY right. My wallet already feels the pain.

Do you think it would be OK if I asked the Community what equipment they use for Room Correction? If so which category would be most appropriate?

Brian ( @BLH ) ----- Totally cool. I would post under the Roon Software section of community.