@support, the picture look like the pop band Pulp. Steve Mackey was the bass player. But the text is about the American modern classical composer also called Steve Mackey. 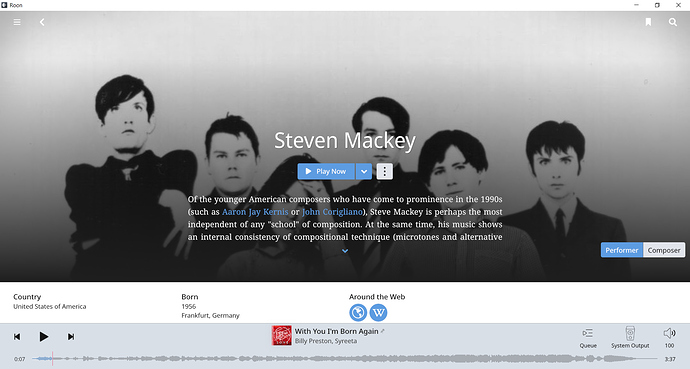 Wiki points out the difference here:

Steve Mackey (born 10 November 1966) is an English musician and record producer best known as the bass guitarist for the alternative rock band Pulp, which he joined in 1989. As a record producer, he has produced songs and albums by M.I.A., Florence + the Machine, The Long Blondes and Arcade Fire. Mackey was born in Sheffield, South Yorkshire. In his early years he attended Hucklow First and Middle Schools with friend Richard Hawley. They would later play together as members of Pulp. He school...

Can his be fixed? That is add a picture for the American composer.