Steve Wilson is sharing the credits?

Those credits under the album artist should not be their. They should be under performer credits but they are not

Same thing here… His bio page is wrong too, missing “N” in Steven, it’s for one of Chick Corea’s sidemen. 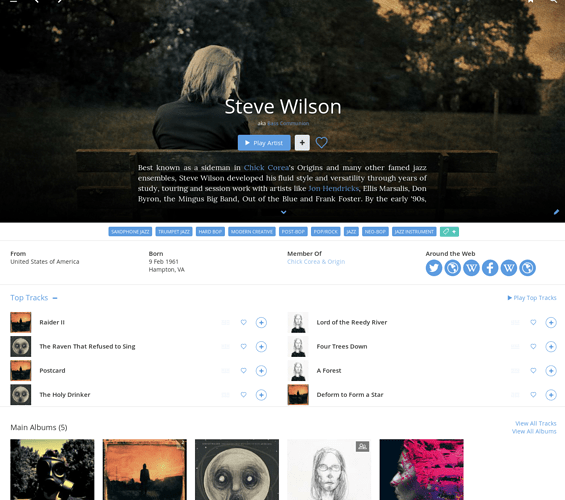 Yes, this is so colossally annoying, . The bad bio page is bad enough, but the fact that somehow anyone who performed on this album becomes either the artist or a performer is wrong and the fact that theis isn’t editable is especially galling.