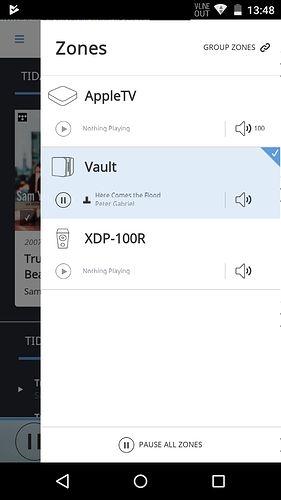 Actually its worse than before 1.4: 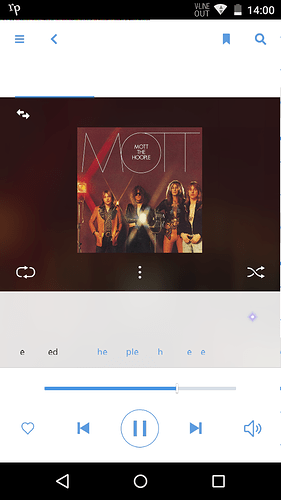 That’s GPU can’t keep up with the load. Try rebooting the device.

Ahem, no, i very much doubt this has got anything to do with GPU resources.
Have a look at these screenshots, it’s a particular font that becomes garbled. Ive seen this reported previously also. 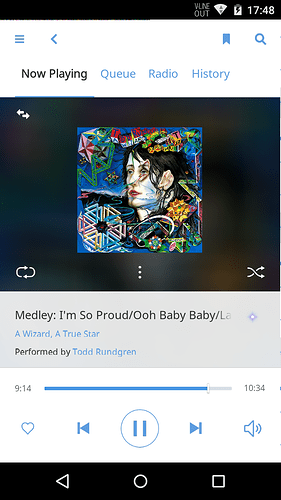 And also the Zoneview, look at the now playing under each: 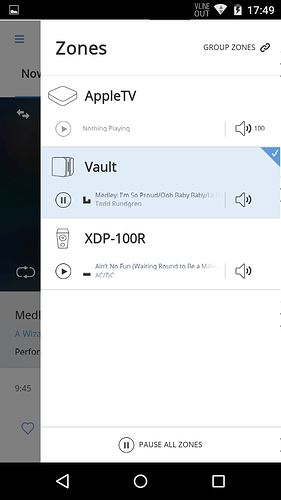 There are two separate issues here – the missing letters and the rendering issues (like in the “A Wizard, A True Star” album name above).

The missing letters means that the GPU is running low on resources. We’re aware of this issue, but it is a performance problem that tends to occur on under-powered devices or on devices that are running low on video memory. This is almost always resolved with a reboot.

To be clear, we’re not ignoring this and we are always working to improve Roon’s performance, but there is a lot of variation in the Android ecosystem, which makes it extremely hard for us to guarantee that every device will always have enough video memory to run Roon.

The rendering issue is not a performance issue, and it is something we are looking to resolve in the future. My post here details how we think about addressing this class of issue:

Unfortunately, for UI issues like this that only occur on some platforms, it’s very involved for us to identify the issue and determine what the fix might be. It could be related to the hardware, the operating system, it could be a bug in our code, etc – determining exactly where things are going wrong is possible, but at a minimum you’re talking about a detailed investigation eating up hours and hours of developer time that could be put into all kinds of other priorities, like new features. T…

Oki, thanks for the detailed response!

The ”missing letter issue” is actually not something that happens a lot, but it did occur at that time today. I shouldn’t have added that screenshot.

The other issue is the one you identified correctly, garbled lettering of a particular typography. I have never seen it on my iPad, only (and always) on my Android device. And, great that it has been noted and targeted.