Stop with the Discs - they are dead to me

Many albums were originally released on LP which required breaking groups of songs into 20-30 minute sides. Many of these were later released on CD where one disc could accommodate an hour or more of music. Many of these and new releases are available for download as 16bit or 24bit high-res files with an unlimited number of tracks grouped together.

One of the great advantages of a media server is that songs/tracks can be grouped into albums just as the artist intended. Artificially recreating the packaging constraints of the CD format is arbitrary (why not LP sides?) and makes no sense to me. Here is an example where the Disc 1-4 has no meaning 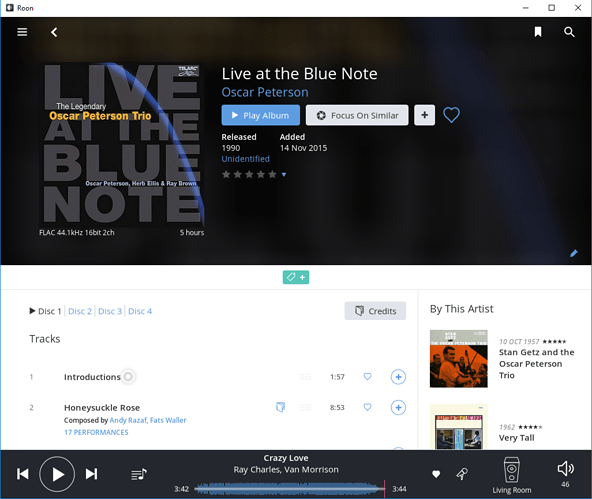 …and one poor track was left out 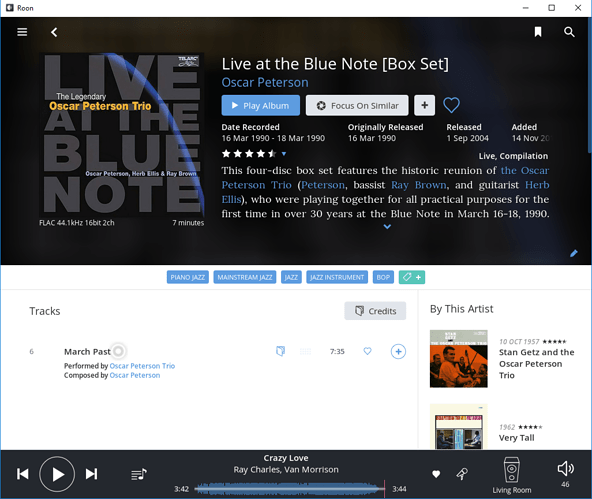 Can we either have Discs go away (or at least have the option to turn them off)?

I suspect the continuation of disc formats into digital files arises for two reasons:

It is currently possible to overcome the first issue by using a different tag system or by editing disc/track numbers in Roon, but I suspect that might interfere with identification and could create more issues than it was worth. If you were inclined to experiment it would be interesting to find out.

So the issue may depend on publishers. If they released non-disc based digital versions of recordings then Roon’s metadata providers could include those versions in their databases. I suspect publishers are only likely to do this for cases where such a version would sell in sufficient numbers to cover the expense of a new release. They might also choose a different track listing or include bonus tracks in such a digital version, making a renumbered disc rip incompatible without editing.

Thanks for the response. When I rip multi disc CDs (FLAC using dbpoweramp) I leave the disc ID tag alone as you mention, but change the track numbers so that they increment in disc order. For the vast majority of the albums Roon had no problem with identification. I suppose what I am asking for could be considered a UI view that presents multi-disc albums as a sequentially numbered list of tracks, the underlying metadata does not need to change.

I can see a case for both, but why does it matter that much - if you want to play the entire box set as a single album nothing’s stopping you from doing so? On the other hand some of my box sets are over 15 cds - I definitely wouldn’t want it shown as one long continuous list.

You can edit disc/track numbers in Roon (select, edit, album options, fix track grouping). Making everything Disc 1 may result in what you are after.

I’d recommend backing up the Roon database before trying that, as it will then be possible to revert more easily if you don’t like the result.

Some of my box sets contain over 40 CDs, and navigating them would be a nightmare without the disc numbers, which match the track listing in the CD booklet. So, make disc numbers optional by all means, but don’t please get rid of them.

They are optional already in the sense that if a user doesn’t want them they can mass edit to show only file data.

I don’t think any new functionality is needed. An edge case user like this just has to do a little work to display as they wish.