The new MQA Stone Temple Pilots addition Core was nice to see, but after several days all of the tracks are still unavailable?? 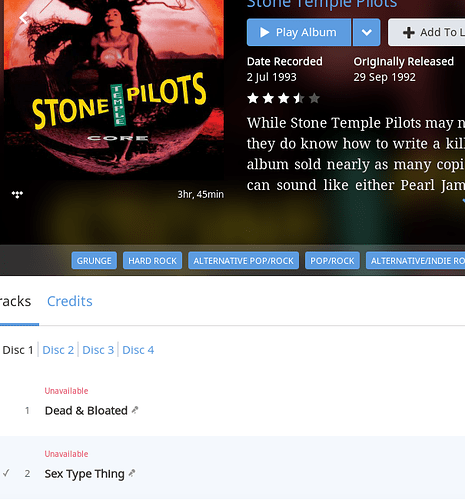 I can get the regular 96khz MQA version as well, but can’t you see the deluxe version when clicking on Tidal, masters?
4 tracks on the 4 discs are playable, all the rest say unavailable 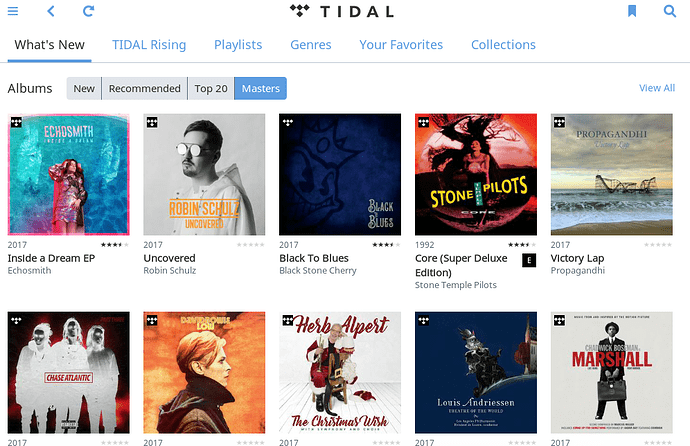 Interesting. I couldn’t find it either, until you mentioned seeing in the Masters tab.

I added it and it’s Unavailable for me as well. I clicked the 3 dots menu on a track and selected View File Info and then File Tags. Under the copyright info, it shows that it should be available on Oct. 6, so I suggest we wait and see if it becomes available then. 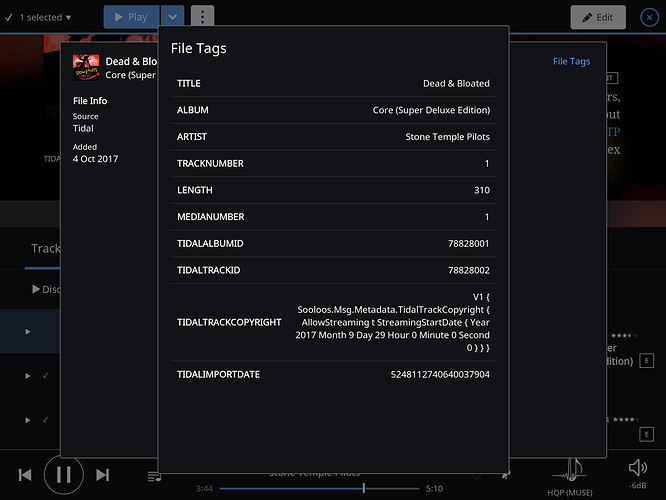 If you’re not seeing all versions from Tidal, try deleting any current Tidal version and reloading the page.

Ok cool; I never would have taken the time to figure that out. Thanks for the info. Countdown is on…

I heard that STP like Aussies better than Canadians (and apparently Brits). 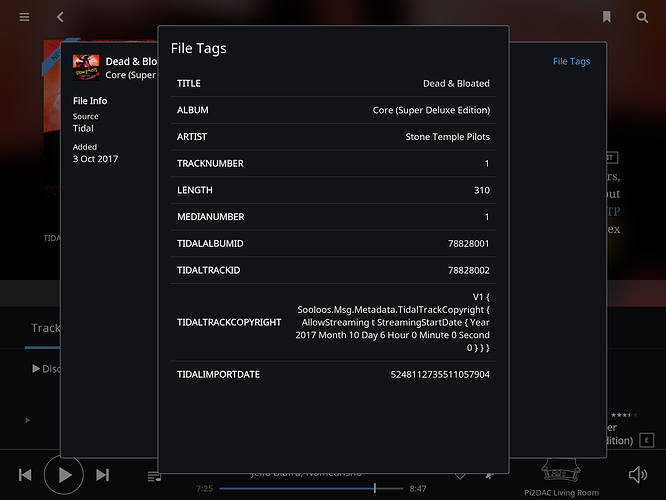 Copyright is weird. It used to be common to split between Commonwealth and USA but these days with music streaming rights it’s a zodiac of publishers and recording companies. 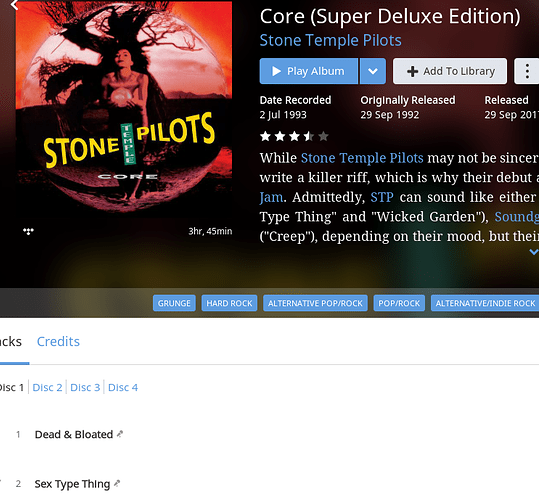 whoops; spoke too soon. The unavailable in red above the tracks has been removed, but they still won’t play. Listening to other tracks on other discs instead. Actually this is interesting; what discs?