As of today, there seems to be some sort of odd duplication here, whereby when I’ve played a 2 track EP and a single, there are two entries for each of them. Screengrabs attached. Also doesn’t seem to be adding anything streaming from Tidal.

Edit - it has actually just added an EP I streamed from Tidal.

Definitely something odd . Its not showing the Album playing just the Composition 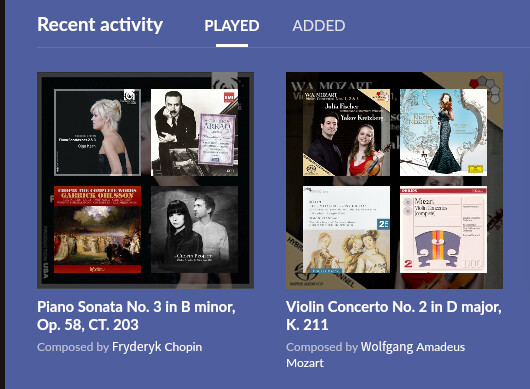 Never seen this before , I normally select albums

Looks like its been happening for a day or 2

Thanks for writing in! Based on what I’ve read, this seems like expected behavior, primarily due to one file being played from your local library vs outside of your library. These are considered separate objects in roon, and therefore would both show separately under your recently played. Here is more information on this:

To confirm, can you please provide more information on how you went about playing these files?

Hi there. They were simply added to my library and added to a play queue whilst playing something else.