More specifically, my “watched” folder is titled Music, and within this folder are a few sub folders. If I put the above file in the sub folder titled MCH where I keep my multichannel files, Roon will not display that file. If I move it to the other sub folder, titled Jim, where all my 2 channel files reside, it displays fine. This is the only file I’ve come across that displays this behavior.

Of course the fix had been to leave it in the Jim sub folder, but I’d prefer to keep it in the MCH sub folder where all my other multichannel files reside if possible.

Any ideas what is going on?

This path does not work:

Here’s the screenshot you requested 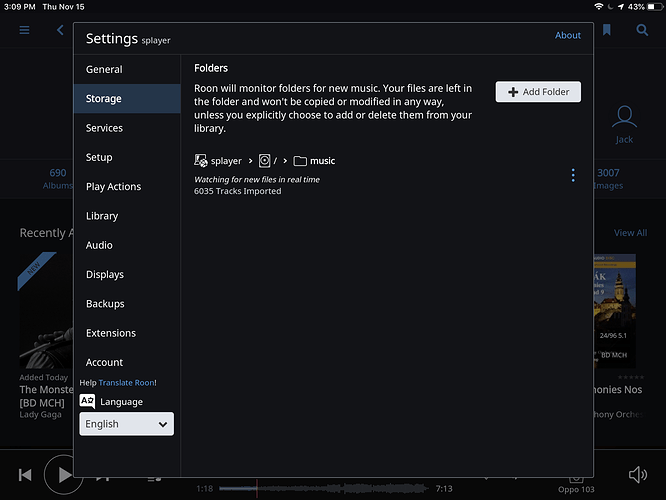 Thanks for confirming that. Let’s try the following:

Once you’ve done this:

When this first happened when I originally added this file (some time ago) I’m sure I tried deleting it and adding it again without success. No matter, it’s good now.