Strange problem with artist shown only as composer

i have noticed this problem with horowitz 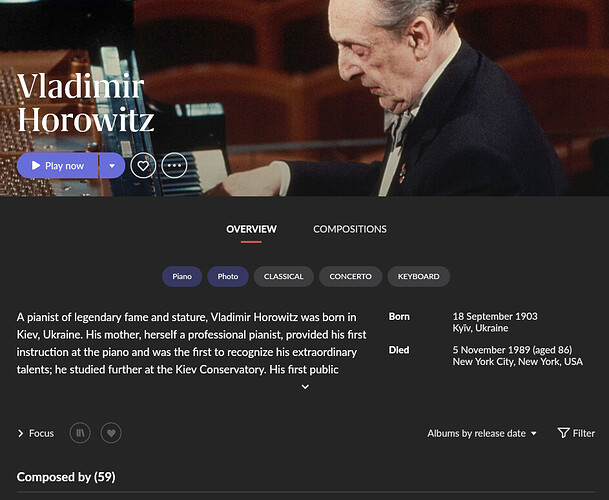 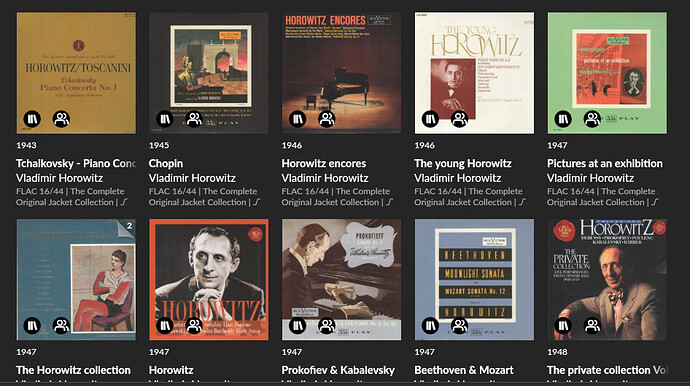 image946×530 153 KB
note that the artist page does not show the usual “Main albums” menu, but shows a “Composed by” list of albums. it is as though Horowitz is considered a composer and not as a performer.

the problem is that in the list are missing albums where Horowitz is actually a performer. for example this is the oldest (1940): 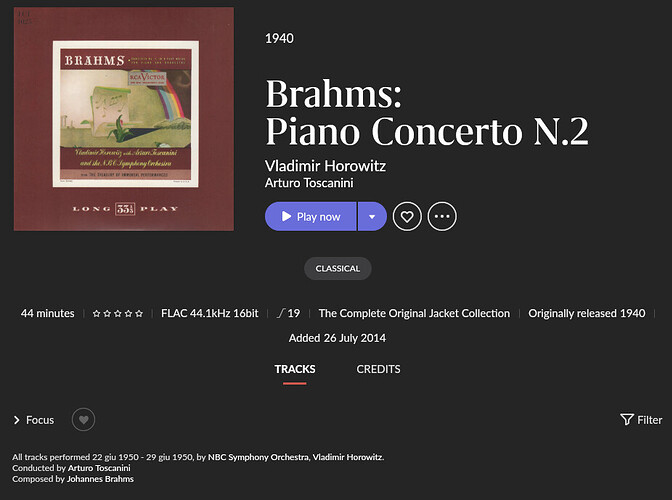 image927×689 76.8 KB
but if i click on the album artist link, i obtain the previous Horowitz page and the album is missing.

finally, if in the album list i focus on classical and performer=horowitz, i get: 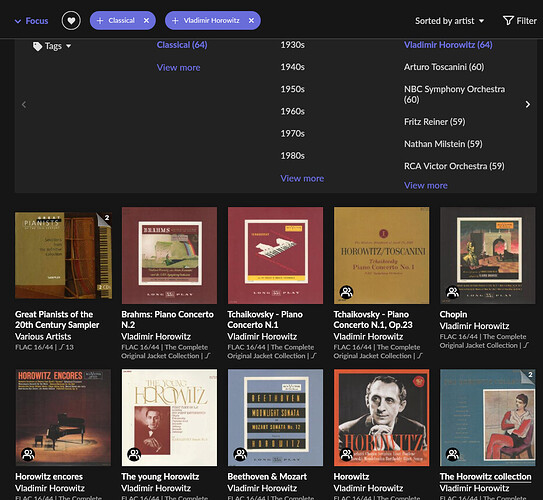 this seems a behavior specific to the new 1.8 release, as in 1.7 an artist had a sort of double page, one as performer and one as composer…
i cannot solve this.
N

Here is another example with the same problem. Philip Glass: 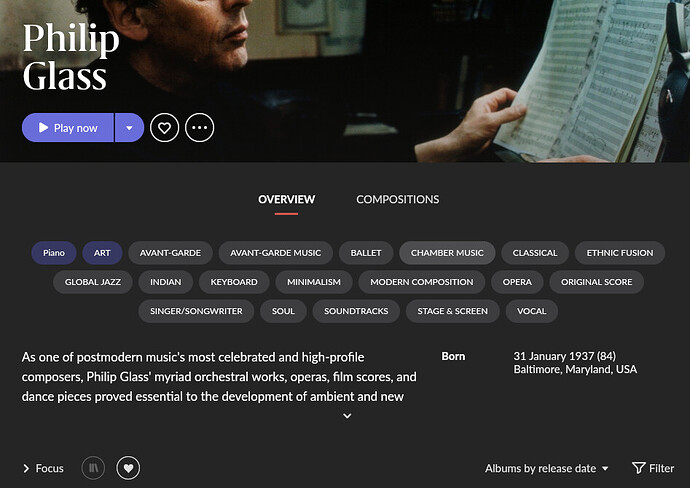 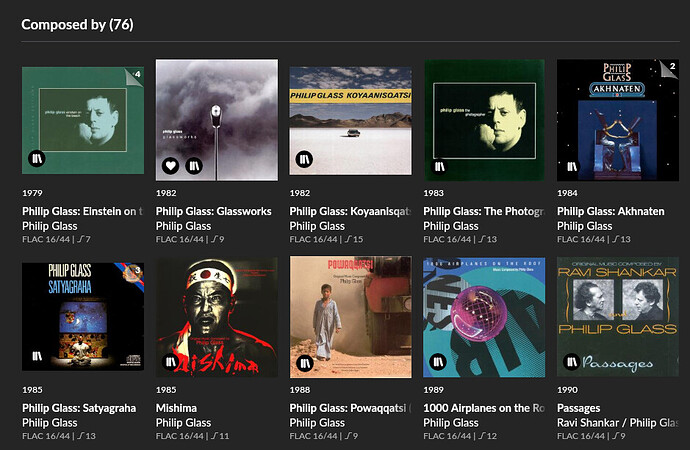 Glass is considered as a composer… so there is not a “Main albums” list, but a “Composed by” list that mixes all the albums, the ones where Glass is a primary artist, but also the ones where someone has played some music by Glass.

The moral is: the <1.7 logic where an artist had 2 pages, as performer and as composer, had a reason…

I’m encountering more conductors/composers where this is happening:

There is also a confusion between composers tags and Artists tags in Roon 1.8, I published many posts about that problem.

Yes, same here, André Previn.
@support, any feedback about this?

With build 783 the problem seem to be solved: 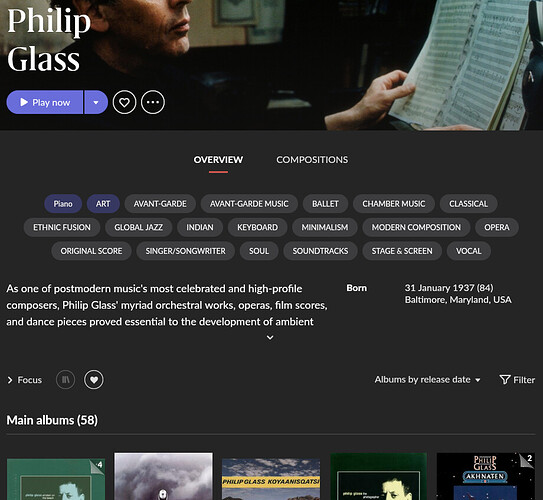 howowitz is still considered a COMPOSER, though 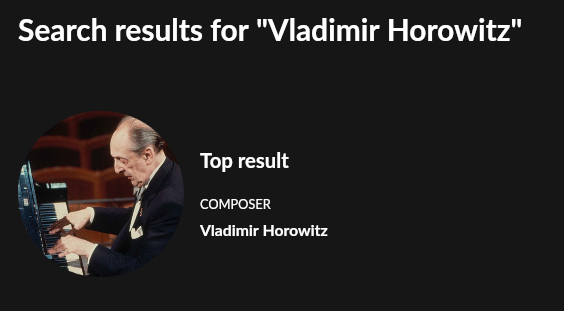 and same for Previn 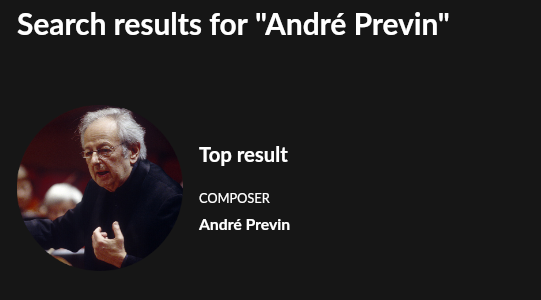