HBO Max has this hub concept.

The TCM “hub” is loaded with classics: “Casablanca”, “Gone With The Wind”, Harold Lloyd’s “Safety Last!”, “Moonstruck”, Steve Martin’s “Roxanne”, “Moonlight Kingdom”, etc. More to the point for a sausage fest like the Roon forum, they have “The Dirty Dozen”, “Rocky”, “The Untouchables”, “Collateral” (Tom Cruise as a ruthless assassin who forces Jamie Foxx to drive him around to kill people), “The Last Detail”, “Unforgiven”, “No Country For Old Men” (Javier Bardem as a ruthless assassin who forces Tommy Lee Jones to chase him as he kills people), “Jurassic Park”. “Kill Bill”, “The Departed”, “Mystic River” (the best movie Clint Eastwood ever made), “Hitman” (Timothy Olyphant as a ruthless assassin playing a cat-and-mouse game with Interpol agent Dougray Scott but ultimately tamed by the incomparable Ukrainian-French actress Olga Kurylenko, who should definitely make more movies), and, of course, the ultimate Samuel L. Jackson movie: “Snakes On A Plane”.

All of which should be seen to be believed!

Seen em all. Hitman btw is based on a video game.

Tales from the Loop is simply stunning. In a way, I hope that a second series does not materialise, because the first series was a complete and rounded whole.

Two excellent, if a bit over the top series:

Peacemaker is played by the wrestler John Cena, who does a very good job adding lots of humor to this very enjoyable series.

Alan Ritchson, who plays Jack Reacher was also the star of the limited series “Blood Drive” which aired on SyFy a few years ago. Another way over the top series but worth checking out if you like that sort of thing, that is if you can find it.

“The Summer of Soul” on Disney+. 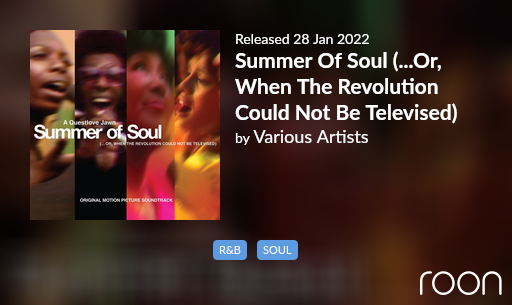 Where do I start?
Or more correctly where would I finish?

As I travel a lot for work my nights in hotels are split between Roon and Netflix.

And a lot more…

Again, I recommend this many layered horror show for anyone who has worked in a soul sucking corporation. One doesn’t need Apple hardware and well worth the paltry $6 a month Apple streaming costs. 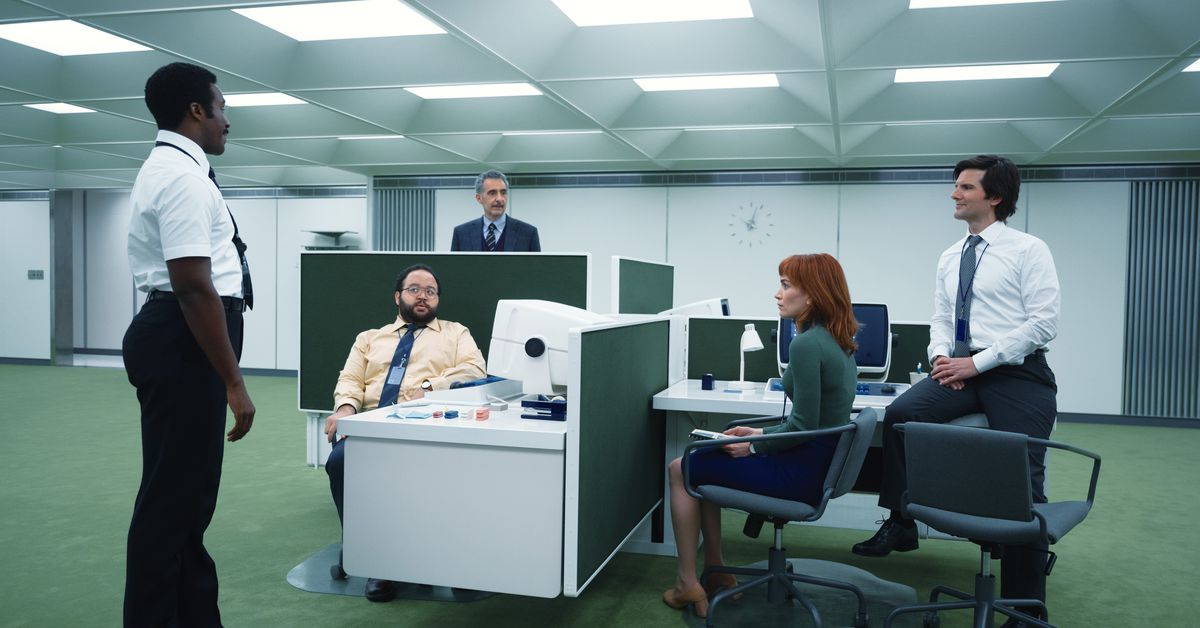 The weird computers and claustrophobic hallways of Severance

There’s a reason behind that trackball.

Season 7 of ‘Inside No.9’ begins on the BBC next Wednesday

.
I’m really looking forward to seeing what they come up with this time around.

Trivia alert. Since the beginning, a number 9 is sequestered somewhere within each episode.
Likewise, if you look really really hard you will also see the hare lurking.
My wife dreads each new series, because after each new episode I relocate the replica hare that we have

It pure pees her off 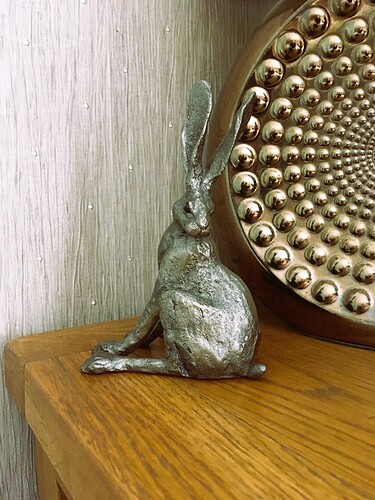 “Midsommer” on Amazon Video. Creepy, almost from the very beginning

Currently working through Manifest on Netflix.
Great idea, not always followed through as well as it could have been.
A worthy watch all the same.

It fell apart for me and I had to stopwatch ng it.

”FROM” on Prime and Epic

I have to see it through to the end now though.
Very rarely do I start something and not finish no matter how bad it ends up being.

Heroes for example.
Seasons 1&2 were epic.
It went downhill quite a lot after that but I still had to watch them all😁

Actually same with Grimm.
Seasons 1&2 we’re great fun but it also petered out after that.

Have you seen season 3

I thought Archive 81 on Netflix was pretty good. Didn’t like the first few seconds - yet another woman in trouble trope - but then, it started to draw me in, and by the end of the episode I was well and truly hooked.

Some nice nods to B&W 30s portmanteau films with a creepy narrator, and Rosemary’s Baby. Mrs. Wall is quite a piece of work…

Not yet, starting that this week probably

“Slow Horses”, where Gary Oldman chews the scenery, but in a good way.

“Slow Horses”, where Gary Oldman chews the scenery, but in a good way.

Completely agree about “Slow Horses”. Best new series of the year, so far.

Started watching slow horses a bit reluctantly, but it has turned into a great show. Watching each episode as soon as we can and then disappointed that we have a week to wait for the next episode.