Let’s focus in on an example here. Can you share some screenshots of an album that is in the Musik folder but is not showing up in Roon? What is the path to that albums?

It looks like you are using mapped drives to point to the storage location. Iirc roon prefers using SMB shares

Here is an example. None of my Abbey Lincoln albums show up in Roon. 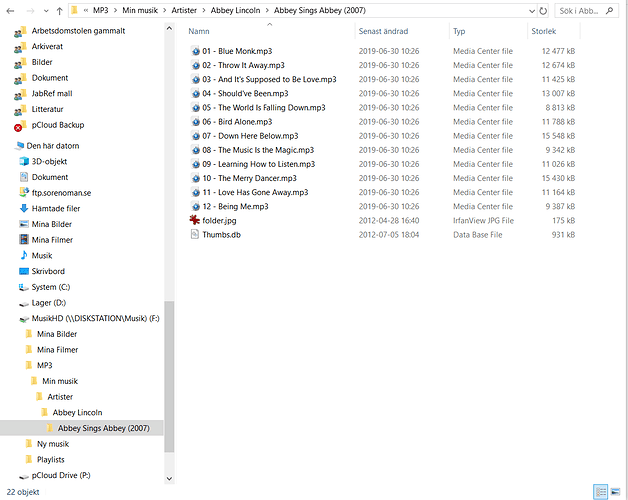 Add a network share to the library and use your NAS credentials: 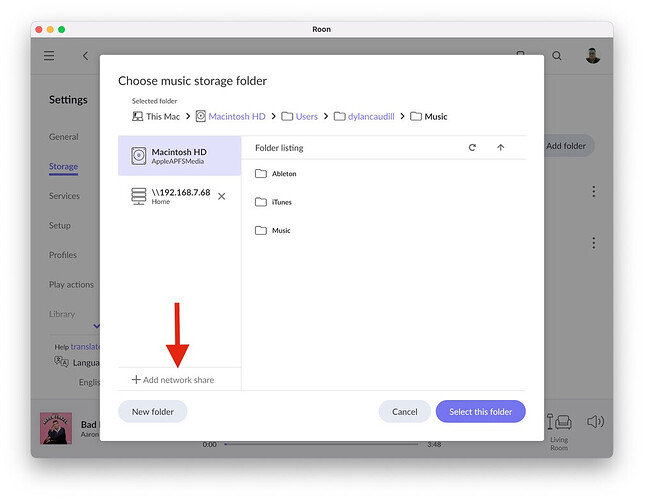 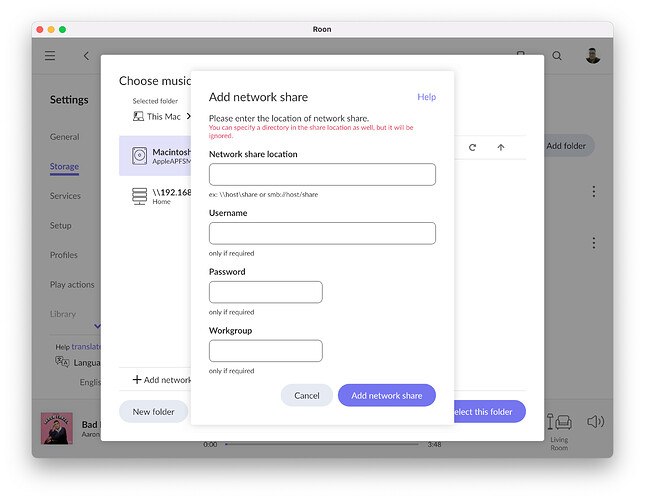 A post was split to a new topic: Library Disappears on Startup

Can I remove the mapped drive from my folders to scan?

Yes, you may remove it or disable

I disabled the mapped drive and the duplicates went away.

Large libraries on LAN attached storage are going to be slow. I bit the bullet and moved my 13tb library to a 16tb internal drive and never looked back. Use the nas as a backup location now.

Yes, there are pictures in the album folders. But Roon informs me of the number of “tracks”, i.e. not pictures.

You can temporarily increase the speed of import / library analysis:
Settings -> Library -> Background audio analysis speed - > Fast (4 cores) (or more)
Then back to Fast (1 core)
And don’t forget to backup Roon library after import.

I thought that was just for the audio analysis (as it says) – replay gain, for instance – once the tracks are imported into the library. What is taken a long time is the import until the Roon database has all tracks. Will applying this setting speed up import (scanning and looking up the Rovi data)?

It will vastly speed up the initial scanning time.

more power for the audio-analysis during scan is not a good idea!

Sorry but that does NOT say that it is not a good idea at all??

This is how I run mine and have had zero issues ever.

However it is totally up to the op on how long he is happy to wait for the initial scan/ import to complete.

Just to clarify: Roon scans my music folder from time to time and that is reasonably fast. It is the import phase (adding to the library) that is taking a long time for me.

That’s clear, if everything is already scanned, it only takes a few seconds or minutes. I have already managed to scan or rescan 300,000 titles in one day. However with the version 1.7

But I have also experienced that it hardly progressed for hours. In any case, I think it is advisable, like the support, to disable many secondary processes that are not yet needed. The audio analysis does not really help with the detection, but only stops. It is needed at the latest when a song is played.

Interestingly, it was always the same data and also the same technique, just different times of reading. It will be related to the change in the concept 1.8, the multitude of problems indicates that there is a certain helplessness with standard answers that are no longer solutions. Nevertheless, my respect to the brave Roon supporters who fight with the flood of problems.

Sometimes I think it would be better for all customers and service engineers to humbly go back a step to 1.7 and then re-implement many improvements more problem-free.