I use Roon on my Mac and Ipad as a remote.

When I click on a heart sign for adding a favorite on my remote, this does not appear on Roon in my Mac, of viceversa.

Is this normal, or can I do something to synchronise the Mac and the Ipad?

So your Mac is the server/client and your iPad is a client.
If that is so you are making that change on the database on the Mac, so not sure why that isn’t showing.

So if you select the Mac as the playing zone on the iPad it doesn’t show the currently playing track?

Couple of questions then a suggestion.
Have you rebooted the Mac/server lately? Same for the iPad app.

If you haven’t then do so. If that doesn’t work try deinstalling the iPad app and reinstalling it.

rebooting I have done many times. I will try deinstall and reinstall Roon on the IPad, and come back to you later.
Wim

I have tried the reinstall. But no result. Tomorrow I will come back to this.
Wim

Are you using the same profile on both clients? Trying now to remember if faves are profile specific…@noris is going to correctly reply

I believe @wizardofoz may be right here, I would double check that you are using the same profile in the Roon sidebar on both your Mac and iPad: 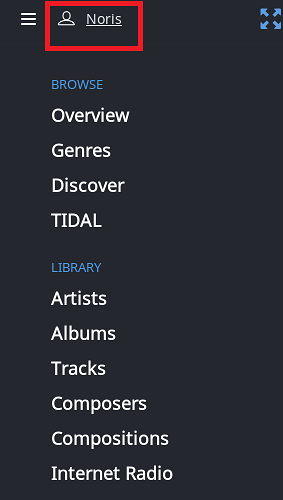 If that still does not help, let us know.