This may be a bit of weird one…

My Roon setup is a little unorthodox, strictly speaking I guess.

Because of the layout of where I live, I am unable to get consistent (good enough) internet in various locations in the house which means I can’t run end-points as I would like. Moreover, my devices are not wireable, apart from my main core which is a desktop PC and rely on wifi for said internet. I’ve tried running endpoints to output sound but they are very patchy with droupouts and such on a regular basis.

In order to be able to use Roon in other areas of the house therefore, I have fudged it by having several HDD’s permanently plugged into the main Desktop PC, one of which is 4TB “portable” drive which I use as a primary travel-drive, if you like, plugging it into my laptop (and sometimes my Samsung Tabpro S which I can also use as a core) when needed and taking this to where I wish to listen to music.

This means setting up Roon as Core on the laptop (or Tabpro) and deactivating the desktop of course, each time and vice versa when I want to listen to the main PC.

This is not a big chore, and works well for my needs, but for one thing. During listening sessions on main pc or portables, Ill make playlists, tags, and generally fiddle about with stuff, editing, etc. Of course, the changes made on the laptop and pc are exclusive to each.

It would be reallly very cool if we could be able to sync changes between 2 or more cores.

I am unaware of the feasibility of this and probably asking the earth here, but in the hope that it may be possible, throwing it into the mix!

Wow, what a lot of hassle. There are all sorts of options to improve WiFi, e.g. mesh networks, access points, power line networks, etc.

I’m sure many people will have detailed advice for you. Don’t hold your breath on the sync between cores bit. I pretty sure Roon has a lot on their plate without that. Even if that happens, wouldn’t syncing between cores require multiple licenses? Cheaper to improve your WiFi.

Thanks for your reply, albeit somewhat flamey.

I have tried in the same room as the router, laptop and core (within a couple of feet of each other) and still get dropouts, so strengthening the wifi signal doesn’t help

Also, the usefulness of what I am proposing extends further than just for home use, we do travel further afield than the confines of our homes now and again, and do enjoy Roon from remote locations

Why would syncing of cores for edits require multiple licenses? I can’t quite get my head round that one. Perhaps you could explain further?

And as for hassle, it’s my setup, it’s how it’s evolved, a labour of love, so to speak, and I am merely seeking some improvements, not too much hassle.

Thanks for your reply, albeit somewhat flamey.

Wouldn’t creating backup on the “travel” drive and then restoring it to the new “core” do what you want?
Your database includes your playlists, edits, play history, tags, settings, and more.
https://kb.roonlabs.com/Backup

This means setting up Roon as Core on the laptop (or Tabpro) and deactivating the desktop of course, each time and vice versa when I want to listen to the main PC.

This is not a big chore, and works well for my needs, but for one thing. During listening sessions on main pc or portables, Ill make playlists, tags, and generally fiddle about with stuff, editing, etc. Of course, the changes made on the laptop and pc are exclusive to each.

It would be reallly very cool if we could be able to sync changes between 2 or more cores.

I am unaware of the feasibility of this and probably asking the earth here, but in the hope that it may be possible, throwing it into the mix!

I have the same issue, between home and travelling to work, where I have 2 separate Cores, but use the same Roon account.

I do believe Roon want to move our database (maybe library one day too) to the cloud which would solve this but there’s no timeline.

Ah, Ok. Thanks Sean, well that sounds like a solution.

So it would be like (on a simplistic level) running Google Sheets with local files displaying?

Yes that would definitely solve the problem!

Wouldn’t creating backup on the “travel” drive and then restoring it to the new “core” do what you want?
Your database includes your playlists, edits, play history, tags, settings, and more.
https://kb.roonlabs.com/Backup

Yeah definitely. But this is really a “one off” solution. Need something fit for a high frequency purpose; maybe a couple of times a day.

So it would be like (on a simplistic level) running Google Sheets with local files displaying?

Yep if I find the post I’ll share but they have mentioned they want everything up in the cloud one day - but since they don’t share timelines (I don’t blame them either) we could be talking 12 months for that or 5 years, no one knows.

No worries. They’ll have clocked my request anyhow

I did see mention of what you described somewhere also, didn’t relate it to our issues directly, but it makes a lot of sense.

I just hope that it’s more of a sort of “all changes saved to cloud” system rather than requiring to be online to use Roon. I like Roon a lot for the fact that it can be used offline.

@Sallah_48 Perhaps you can give some details of your network and building type such that we could propose a better networking solution if indeed that is the issue…wifi across a room should be perfectly workable for all but DSD at high bitrates.

Sometimes routers and weaker spec wifi AP’s don’t cut the mustard even in a room.

I am in a wooden chalet of all things

Because of where we are, relatively remote (from good landline internet) in a village location, I use mobile network for internet and use a Huawei mobile router https://www.amazon.co.uk/Huawei-E5573s-320-Mobile-Broadband-Unlocked/dp/B00U7POBOE

Prior to this, I was using a cheap acer phone as wifi router which was OK , but it had battery issues (probably due to being plugged in all the time), so I recently changed to the Huawei.

Your comment about about HD albums has got me testing again…

Am trying out plain vanilla flacs only at the moment, with the 3 devices in the same room again. In all honesty I hadn’t tested since changing to the router - So far so good…

There are other issues to deal with even if I can get consistent in same room results with the normal flacs. My main pc is in my office located at one end of the house with my other listening space, the kitchen having the living room in between, and if I position the router centrally, I get reduced cell signal (thus streaming becomes an issue). Will test further hower…

Maybe I can boost the signal and keep the router in optimum position.

Thinking about it, what would be good would be a router which can accept a USB input from the Huawei, and which has ethernet cable outputs so can then hardwire around the building to other points. Then I’d need to get some ethernet cable supplied wifi extenders to provide the wifi in remote locations.

OR i could output from the main PC via its ethernet port to input into something which could generate wifi in the kitchen which I could then pickup with the laptops there consistently.

I have no idea what’s possible in this regard. Networking is a grey area for me, techwise.

Ps… HD 24_96 stutters like a goodun. Vanilla flacs and tidal is going OK right now with the 3 devices in same room, that is.

I’m familiar with this type of WiFi modem as my parents can’t get land line or cable services in their area. They are also limited by a bandwidth cap on the data they get at 8G/month.

Unfortunately they are not the best for wifi signal levels and much more than 5-10M is going to be a struggle and they don’t have much network oomph for sharing data over the wifi at all. OK perhaps for each endpoint to have internet but hopeless for data to and from the endpoints to one another as far as using sharing or streaming.

Most min stream routers often have options for a USB stick modem (3G/4G) and while this won’t improve your internet speeds it will surely be better with a proper router doing the wifi and even better if you can get the LAN cables in there too.

See https://www.asus.com/event/networks_3G4G_support/ just for starters - most of the recent models would support AC speeds for wifi too which should be adequate for most streaming. Maybe better to get a router with a SIM slot 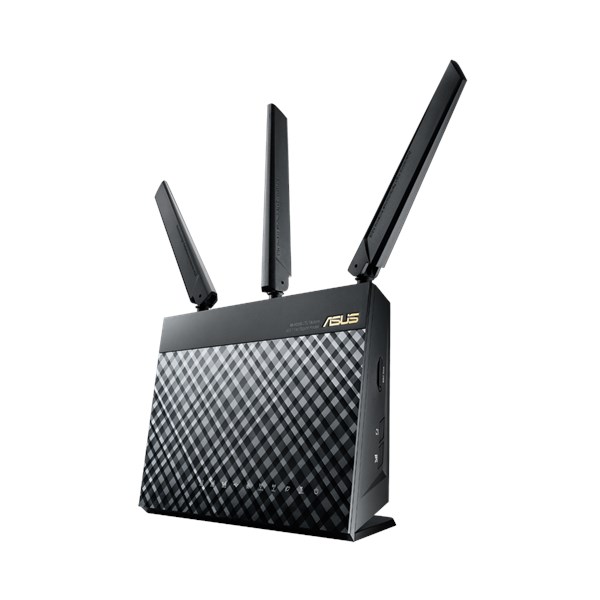 I’ve got both an ADSL landline and a 4G mobile connection here. The 4G mobile connection uses a Huawei 5186s LTE modem/router. That has both WiFi (2.4GHz and 5GHz) and ethernet ports on it. It costs more than your current device, but would offer much more flexibility in your situation…

One thing to note is that whatever you use something like Tidal will only be as good as your internet speed and might eat up your data allowance for streaming it. Roon is also quite network dependant too - but I am not sure how much it uses with all its library updates and album/artist info it pulls in.

The main trick with whatever better solution you can afford is that the SIM and ISP work for that model. Your SIM provider or ISP should be able to suggest some options that they will (most importantly) support if you are not too technically inclined to get into router settings etc.

One other thing is that often the wireless routers like you have now are locked to certain ISP networks so you can’t just get a different sim/isp and use it in that one you have. Brands like Asus bought directly at computer outlets and non ISP supplied hardware should not have that limitation.

Good point about data allowances imposed by 4G mobile services. It’s only this past month that KPN here in the Netherlands has introduced an unlimited data service for 4G mobile used for home internet connections. It’s the first Dutch provider to do this, and has put the cat amongst the pigeons by doing so.

Nice…wish they would do that in OZ

For the record there are similar feature requests based on running more than one core or a shared database. Neither of which are on the road map as far as I know.

I am getting a very fast data speed with the little Huawei, around 50-60mbps which is fine for me, but that’s optimal in my office, middle of the night sort of thing. Move it to the middle of the chalet and it plummets. And it also can plummet at peak times like when I need it of course, early evening

I will check out the other router suggestions, thanks!

Ps… am on an unlimited data plan here in Switzerland. It ain’t bad at all. I run up sometimes 100’s of GB a month on it. And its not even a contract thing, 2chf per day on demand.