I have a lot of performances of this work. I’d like to somehow tag them so all versions will show up in a search. In other words, I’d like to be able to search for just “The Rite of Spring” or “Le Sacre du Printemps” and have all versions of the work appear in the results.

So far I haven’t gotten it to work.
Is there a tag other than the most common ones that I could add that Roon would read and index for this purpose?

In classical music this seems to be a common issue: Names of works are commonly written both in English and in another Language, but each recording uses only one of them. Makes searches cumbersome.

It doesn’t really belong here (it belongs in feature requests), but maybe there could be a feature added so the user could define such issues and Roon would react accordingly: in this case I’d define: The Rite of Spring=Le Sacre du Printemps and that would be recognized by Roon.

@danny2, I have a lot of copies of that work as well. What I think you want to do is “merge compositions”. I assume you already use the little composition “counter” you should see next to each performance? In principle this should be at least “1” for every performance so that you know that not only has roon identified the album but more importantly for Classical it has also identified the composition.

I am travelling away from home so I don’t have that particular work on my laptop. But I can illustrate the same thing with Strauss’s famous Blue Danube. Common variations are:

Depending on which Blue Danube I land on roon thinks I have either 3 or 6 performances. 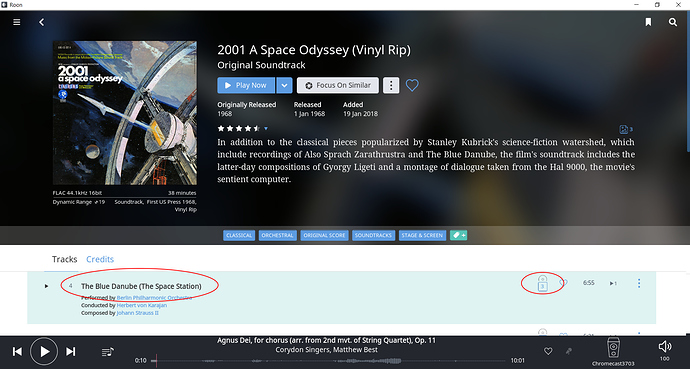 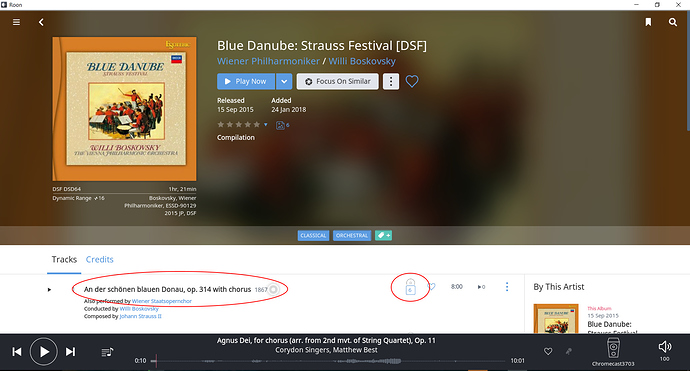 But I want roon to treat all variations as a single composition. What I need to do is go to the composition screen (from the main menu on the left). If I filter on “Strauss” and “Blue” I find both groups of compositions. I can then highlight them and merge them so that roon will now treat them as a single group of 9 compositions. 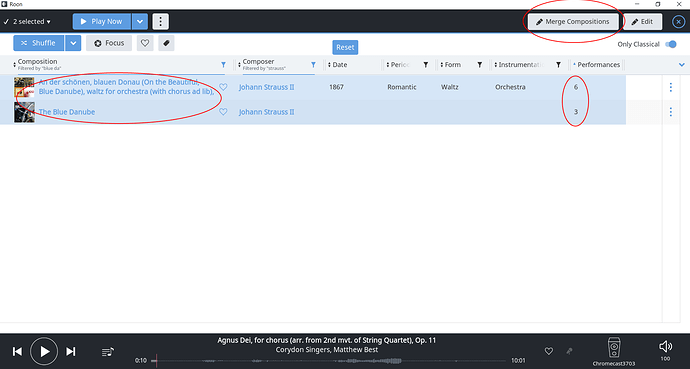 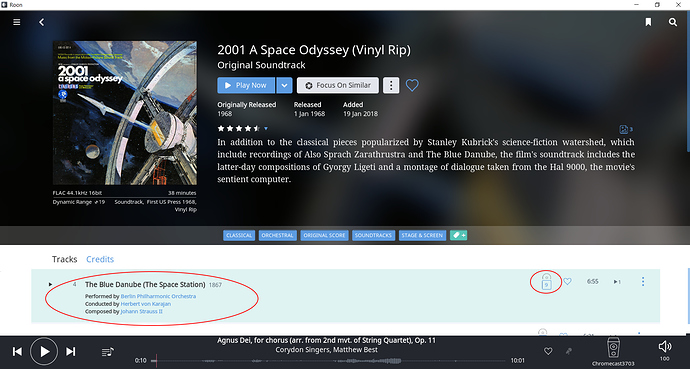 But beware! I personally find that it is a little flaky and it can take a lot of fiddling to force the merge to work. There have been several similar posts. Also, it doesn’t work very consistently. I cannot see the pattern. In the case of this Blue Danube example the performances have been linked and the individual formats and spellings of the track titles have been retained. But in other cases roon will over write all variations with its “master” format for the title. Often in Classical you certainly do not want to do this. You might want to merge the performances but you want to retain in the title an indicator that in this variation the soloist is a flute, viola, piano, harpsichord or what ever. You probably also want to retain variations in the title that a particular revision or score was used (e.g. especially with Wagner or Bruckner).

Having said all this I also have an example at the moment which I cannot seem to merge or fix in another way. There are at least three versions of Barber’s Adagio. Perhaps an even more famous 20th century piece to many than the Rite of Spring. I want to link for example the following as a single composition so I can make an interesting shuffle and also be “surprised” on radio because roon can now draw on less familiar versions of a very familiar work.

Thanks, that seems to more or less work. I’ll see how I like it and then maybe merge more compositons