Has anyone managed to transfer Folklore from Qobuz? It isn’t showing on Roon and won’t come across as a Qobuz fabourite or via a playlist.

Roon doesn’t show all that is in Tidal/Qobuz Support

Hi @Bernd_Kaponig, As noted in our knowledge base, sometimes new releases have a slight delay before they’re available in Roon. This is most common in surprise releases like this. It should be available soon!

Thanks, that is helpful. I haven’t seen this issue before.

Having the same problem. Glad to see I’m not alone!

Still hasn’t showed up on Qobuz in Roon, but it’s on Tidal in Roon now.

It should be there now.

It’s there now for Qobuz. Tidal has been there a couple days. 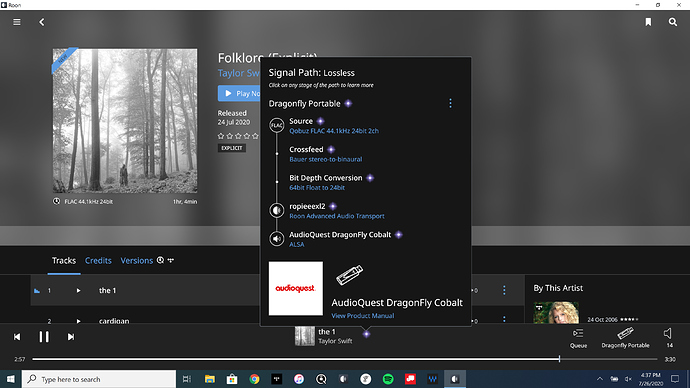 Thank you. Let’s hope that it is worth the wait.

In passing, the note regarding delayed transfers was buried in Tidal pages, which seemed irrelevant. It would be good to expand this to Qobuz or update the site to embrace Qobuz more comprehensively.

I’m having this same issue with the new Alanis Morissette album. It’s in Tidal in Roon and in Qobuz directly, but not in Qobuz in Roon.

Seems like Qobuz in Roon is always super slow to update. 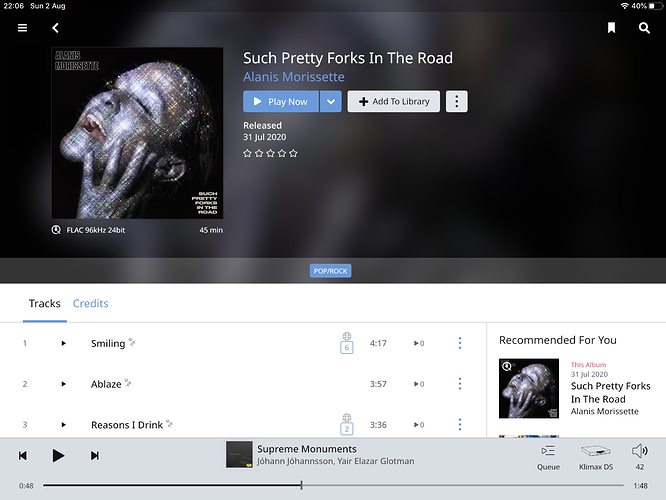 Thanks. This is what I was seeing: 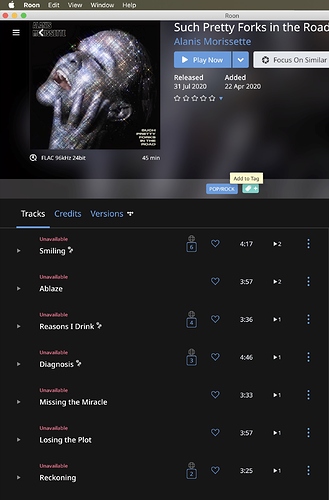 I tried deleting it and re-adding it, which fixed it.

That’s odd. On occasion I see that on Qobuz albums for a day or so - it may be to do with different release dates in different countries (although that’s just a wild guess!)

I can see her new album of “Folklore the long pond studio sessions” on my Qobuz app on my iphone but it doesnt appear anywhere in Roon…anyone else having this issue? The Disney Plus special of this live/acoustic concert is excellent BTW!

It’s showing for me (USA) in Roon. 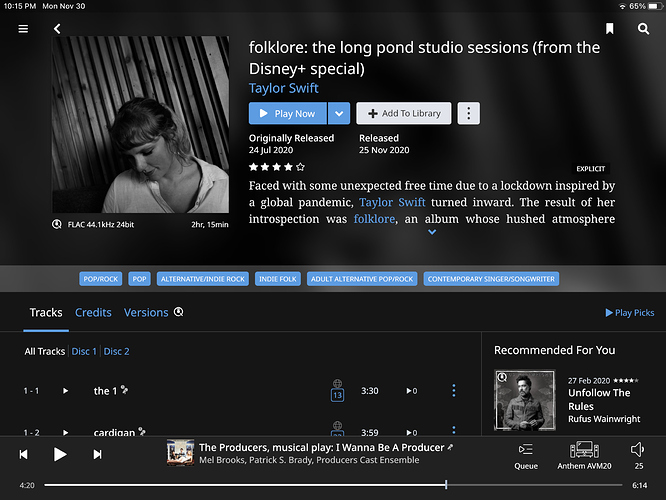 It shows up under Versions for the Folklore album. 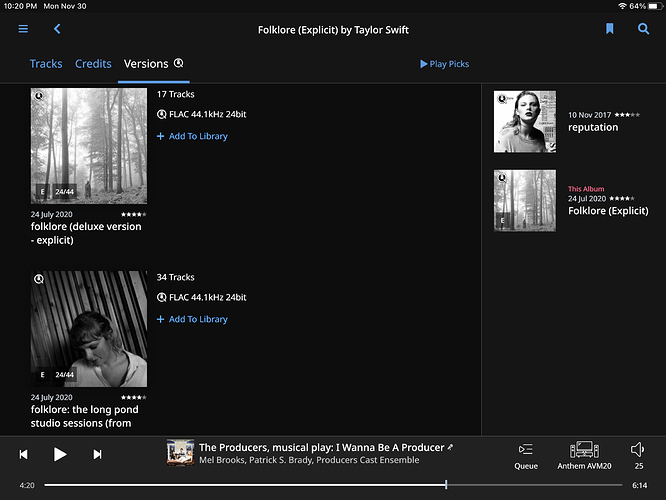 Thanks for the screenshots! I was able to find it as I didn’t expect to have to look for it as a different version of folklore rather than I thought it would be listed as a totally different album like it is in the qobuz app. 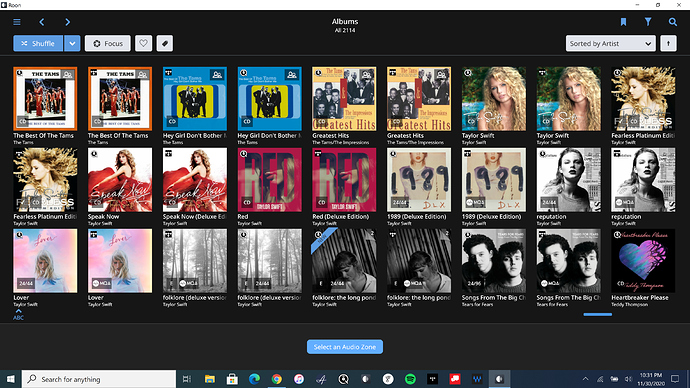 Watching/listening now on my Dell XPS 15 4K using Dragonfly Cobalt and Sony WH-1000XM3 headphones. Thanks for pointing this out.

Wow, that was great. Everyone should watch that if you have Disney +. I just got Disney + yesterday when I upped my Verizon data plan to cover my streaming needs while traveling in December. I am gaining more appreciation for Taylor Swift and her music as she gets older (and me too).