The Best NUC for ROCK?

That is good to hear. A few people above say I’m not correct to blame the Roon Core on the NUC for the issue. I hope that is the case. Given that I followed the instructions closely, I have no idea what might be wrong. Oddly, I’m listening over a wireless connection right now with no issues, but had drop outs with a wired connection last night. Next step for me is moving my music to an internal drive for both convenience and the possibility it will help. I don’t want to hijack this topic, so I’ll open a new one if/when I need more help. Thanks all.

A few people above say I’m not correct to blame the Roon Core on the NUC for the issue.

Hi Nick, I didn’t say your issues aren’t Core related. I specifically mentioned the horsepower itself wouldn’t be the issue… I’ve done significantly more CPU intensive stuff with the same model NUCi7 you have.

Anyway I’m sure support with help you solve the issues.

The issue turned out to be a faulty ethernet cable. Everything is working great now. I’m back in love with Roon.

The processing speed is only displayed up to 99.9, is that so wanted?

Yes, no problem. A number higher than 1.3x is considered the ‘safe zone’, so no problem at all if you’re seeing 99.9

A number higher than 1.3x is considered the ‘safe zone’,

1.3x can be ok, but i wouldnt like it to be below 2.0x – you don’t want to hose your audio stream processing just because metadata updates occurred or you did a search/focus/heavy-artist-page-load

In Settings->Library, check if files are being analyzed. You can set the speed to throttled to keep the CPU usage down, which will mean a lower power draw.

All files already were analyzed. 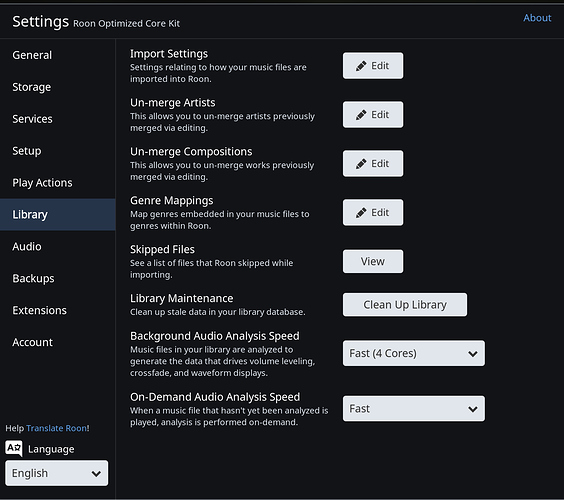 Why do you think the NUC7i7BNH is a ‘bit underpowered for Rock’ please explain your thinking.

The Best NUC for ROCK? ROCK

The issue turned out to be a faulty ethernet cable. Everything is working great now. I’m back in love with Roon.

So I’ve picked up the NUC7i7DNHE with an Akasa Plato X7D fanless case.

It took a few hours to put together because I’m extremely slow but also because I triple checked all connections because I never want to open it again.

The beauty with this is not just the fanless case with no moving parts but it’s also in a solid case that I can take with me when I travel.

There’s overkill here. I most definitely didn’t need 250gb for the M.2 SATA SSD drive but it was on sale for not much more than a 120gb WD SSD. Additionally, with 1 x 16gb DDR4 installed and the 2.5" 250gb SSD installed (no longer needed in my Synology NAS), if I want to repurpose this machine for a fanless Windows machine later, it’s ready to go without having to open up the case ever again. 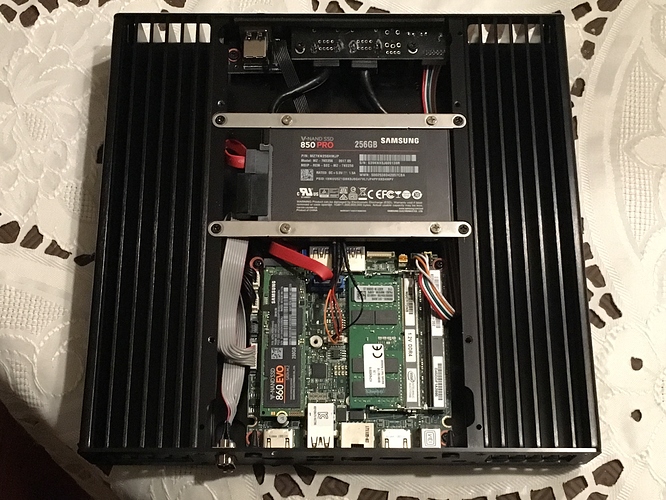 That’s an awesome build! Thanks for sharing!

Cheers Brian. As soon as @brian confirmed it was officially supported by Roon for ROCK builds, I pulled the trigger on this purchase.

I haven’t built a computer in a long while, so I took a deep breath as I pressed the power button and prayed to the HiFi Gods that the thing would power on… hehe. All good though. I’m very happy with it’s performance.

Is anyone else here using the Plato X7D case with a NUC7i7DNxx?

I had a small question for those using this same case.

What was the total cost?

OK! And there is my Best NUC for ROCK in DIY full aluminum fanless case with usb ethernet adapter and linear PSU inside 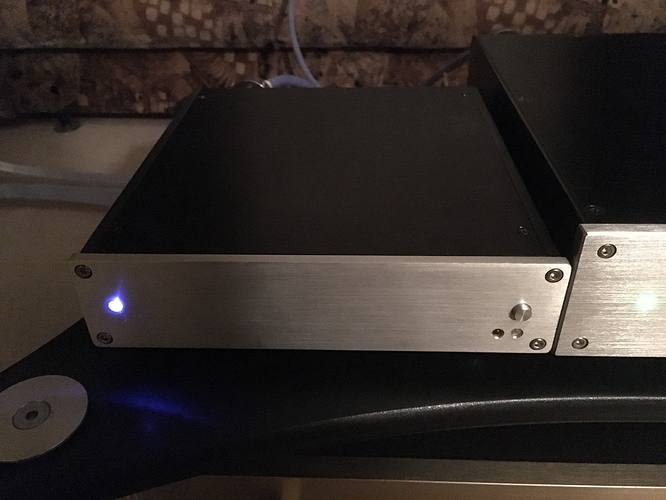 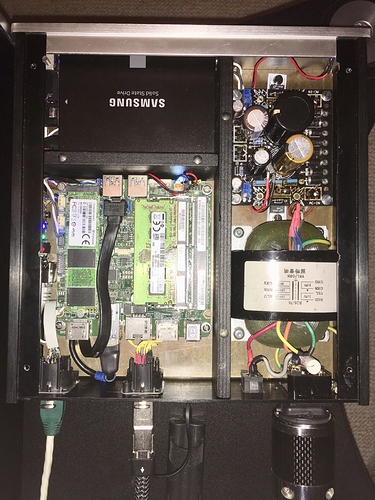 OK! And there is my Best NUC for ROCK in DIY full aluminum fanless case with usb ethernet adapter and linear PSU inside