The horrifying Children's genre and a big purple dinosaur

So because some mixer and engineer on some of my rock albums gets identified as a purple dinosaur instead of the engineer that has worked on numerous albums by famous rock bands, a Children’s genre gets created for me, but chooses a teddy bear with cross bones in it as its image? This is hilarious and horrifying at the same moment

Where does that image even come from since none of the artists use it? Ha ha, at least the purple dinosaur matches Roon

I am also thinking that the Jim Henson listed here that is credited on a Panic! at the disco album, is not the same Jim Henson that created me (Jim Henson, Sesame Street, Animal Muppet for those that aren’t making the connection). Or maybe it is the same guy and he was having an identity crisis, but it does not mean I am interested in Children’s music. Maybe turn down the sensitivity on that a bit or make it 1-2 degrees of separation instead of 3 or 4 degrees of separation that causes the creation of this genre. 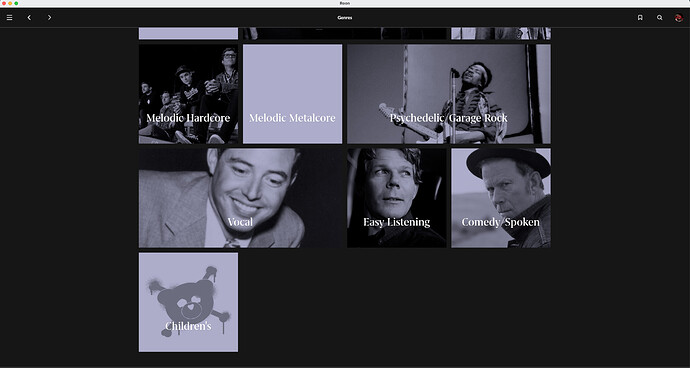 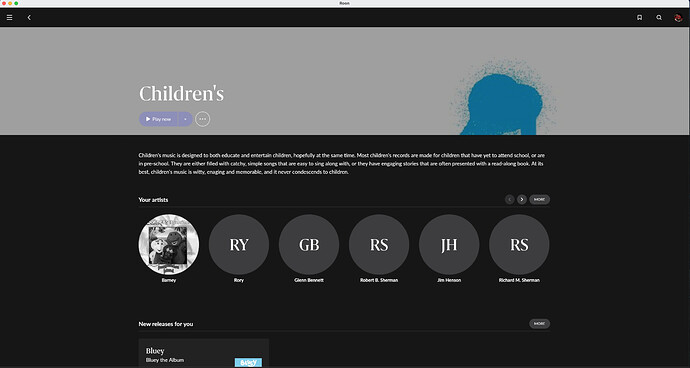 a Children’s genre gets created for me

Hmm, is it possible that Roon’s intelligence is higher than we think …

Ha ha ha, there is no doubt in my mind about that now

lol, it was so random too

‘They are filled with catchy songs that are easy to sing along with, or they have engaging stories that are often presented with a read-along book’

Hmm, perhaps we should ban this image?

No way, that image is great!

@support , @Joel is there any update on the status of this