The Intimate Art Pepper has no cover

The Intimate Art Pepper - which seems to be identified - has no artwork in Roon. It definitely has artwork at Allmusic, etc.

Hey @David_Nanian – are you seeing a cover on the Identify screen, if you click Edit (under the “3 dots” menu) and then Identify?

If you’re using more than one device with Roon, it might also be interesting to know whether this occurs in every device running Roon/Roon Remote, or just one.

Also, is this a TIDAL album, or are the files stored locally?

Hey, @mike - it was matched before with an album that was “right” but had only a totally generic cover of what looks like an upright bass (similar to the “Covers” album, reported before, showing just what looks like Johnny Cash). It happens on all devices.

It’s a local SACD rip. Note that if I go through all the various steps (past “None of these look right”) and search I can find the album with art. But that’s not what matched…

Hi @David_Nanian ----- Thanks for the follow up and the feedback! May I kindly ask you to please provide the following screen shots. 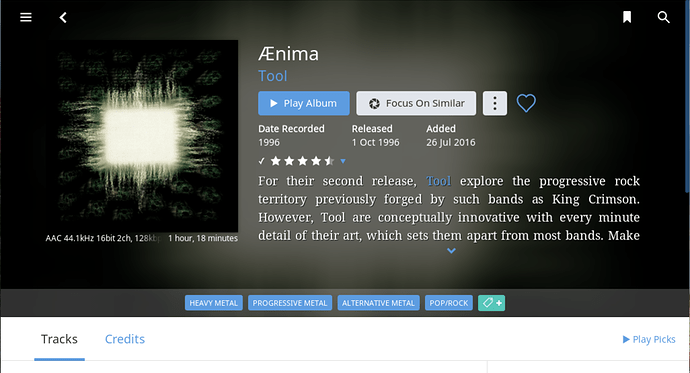 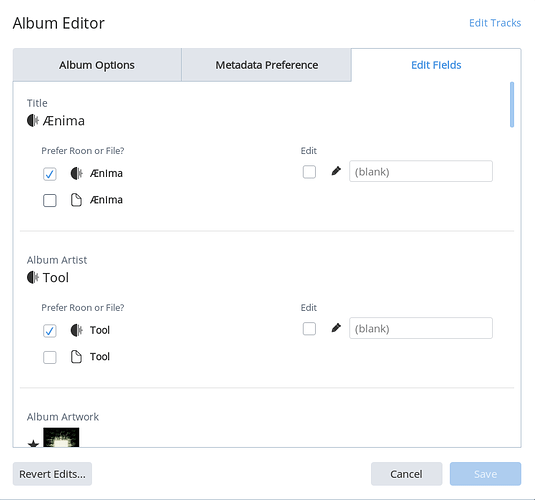 A bit late - based on the other reply, I went in and manually matched it to an existing album, and “re-identifying” doesn’t seem to clear that…

Hi @David_Nanian ---- Thank you for the follow up and my apologies for the slow response. I just want to make sure I am understanding what’s going on here correctly, based on your most recent post.

You manually matched the album “The Intimate Art Pepper” to a pre-existing album (can you clarify which) and then after re-identifying it is still being mismatched, is that correct? What is the album being mismatched with? I appreciate the clarification!

Sorry if this was unclear. Let me go through the steps again: