The Mozarts: the family ties? Or? (Relationship entries)

The Mozarts are showing some unexplained entries in the similiar to / influenced by / followed by relationships section. 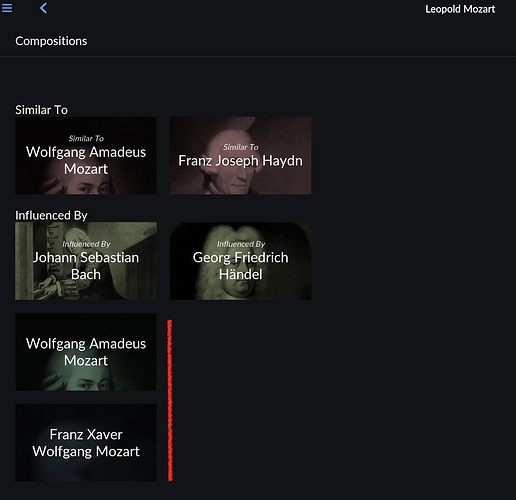 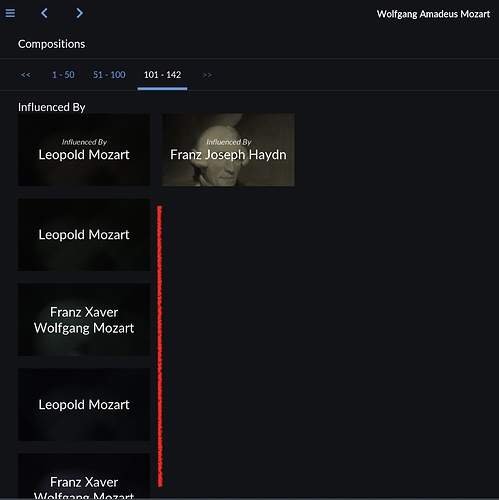 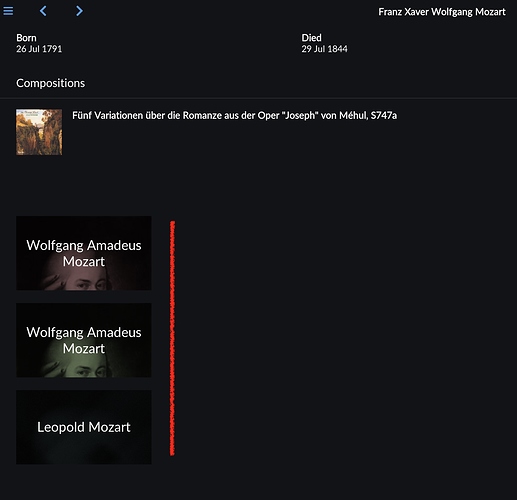 I can’t figure out what that the meaning of this is. Anybody got any idea?

That’s interesting, never seen that. But have seen other parts of the artist screen having untitled sections. I think it was teachers or students I spotted before.

I guess it’s (a bit of a mess out) of those relationships:

Wolfgang for example could have been assigned to:

Relative of (twice). But the same logic doesn’t seem to apply to the other two. Hmm.

After I’ve added pictures for Leopold and little Wolfgang the overlay colours are now probably better to distinguish but I still do not know what they mean: 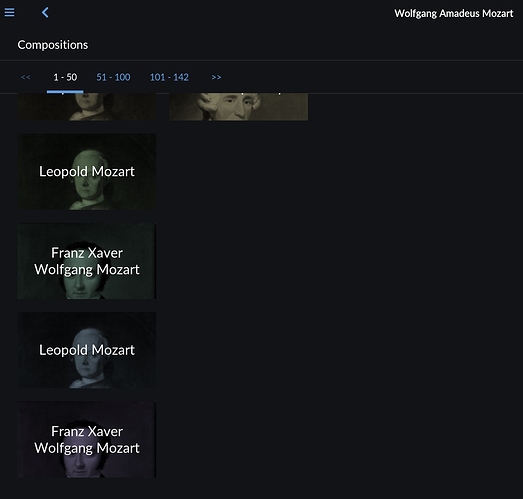 @support do you have an idea what the relationships are supposed to be - or do you know somebody who knows?

Thanks to stumbling across a Performer credit for Wolfgang A. M. I now have a better idea of what goes on here. 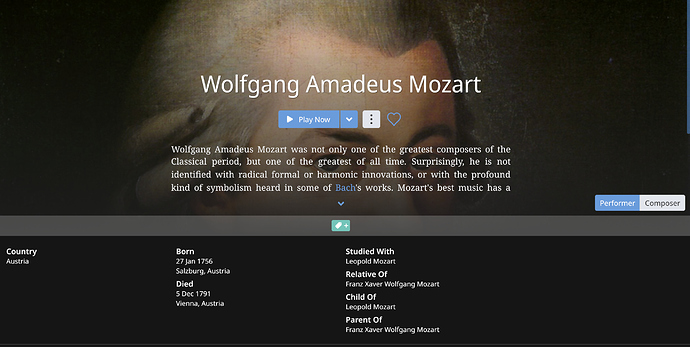 BTW, the information “Relative of” for Franz Xaver seems redundant, because we also see “Parent of” and I assume Roon uses “Parent” in a biological sense here.

If I toggle to “Composer View”, things change:

And somewhere further down below the relationships:

So if the family ties Roon knows about are shown for composers, Roon should also show labels - which it obviously has as the Performer view reveals.

It may be even an option to show the additional biographical details in the info row as text and not somewhere at the end of the page as unexplained pictures.