There are 11 variations of The Special’s eponymous first album, but none have correct metadata. Several, in fact, have duplicate song titles and are missing some of the tracks (ie, the number of tracks lines up, but the track names are duplicated).

Thanks for the report @Mike_Pinkerton – we have a ticket open for the duplicate track titles that sounds like the same issue, so I’m bumping the priority now.

If you have a second, can you post a screenshot? Just want to make sure this is indeed the same issue.

Attached three different versions of the album with duplicates (note all the dupes are different, that takes skill!) 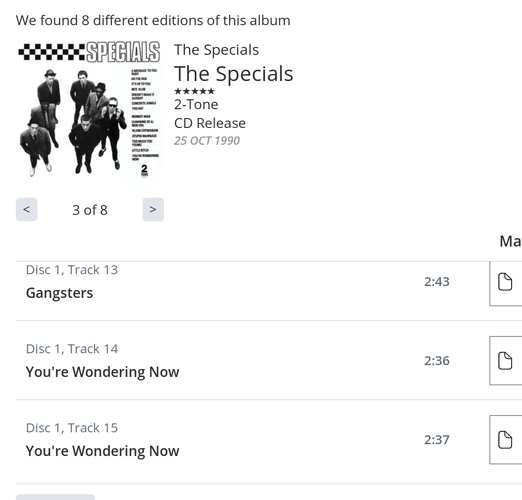 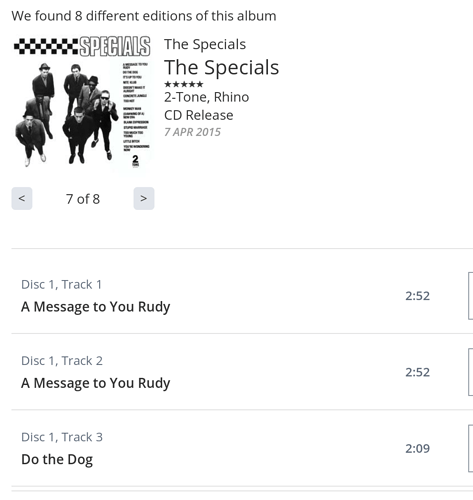 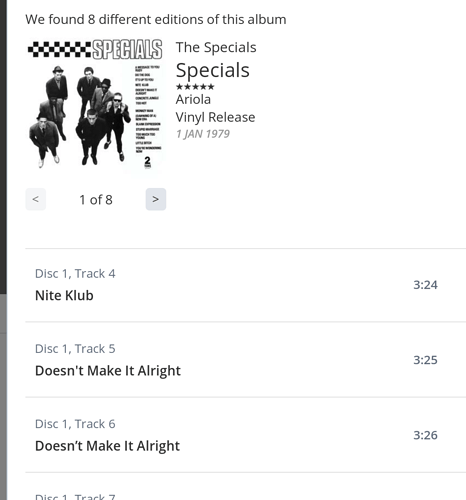