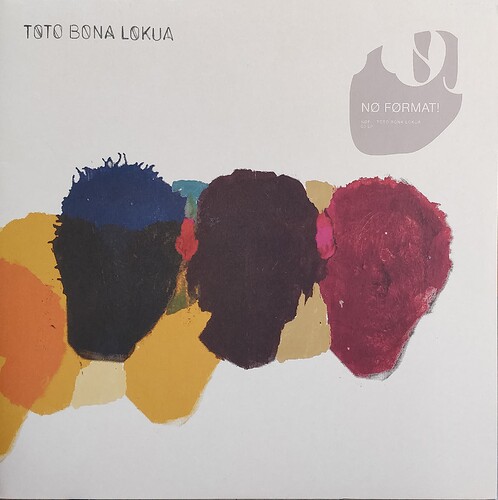 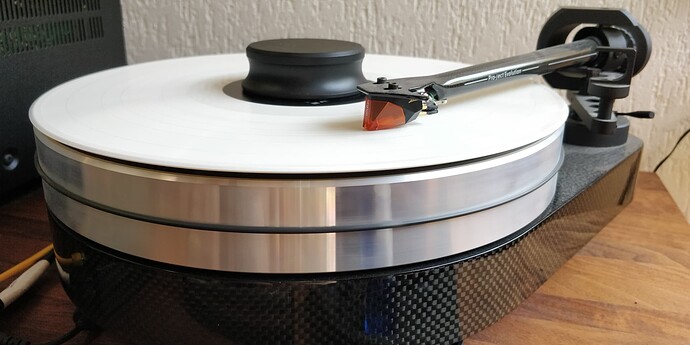 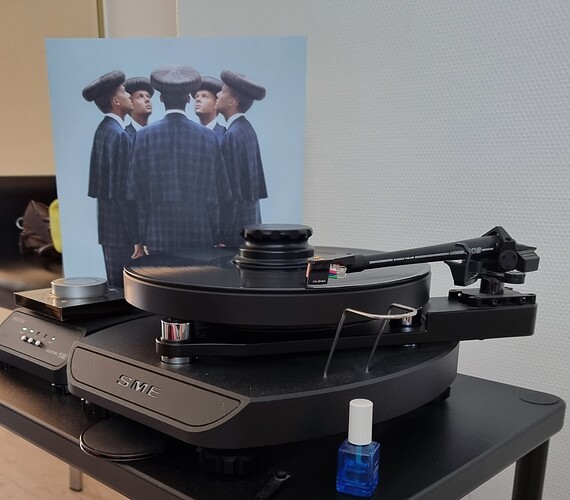 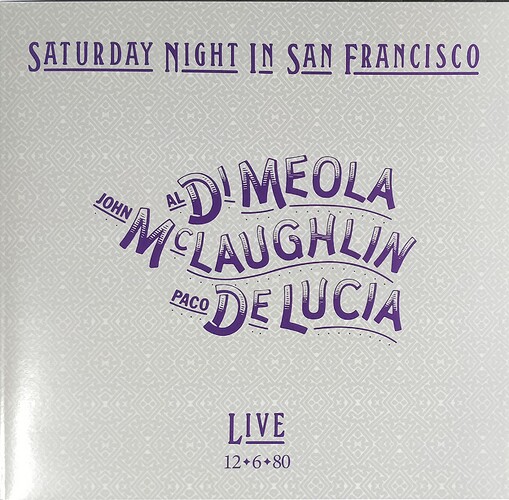 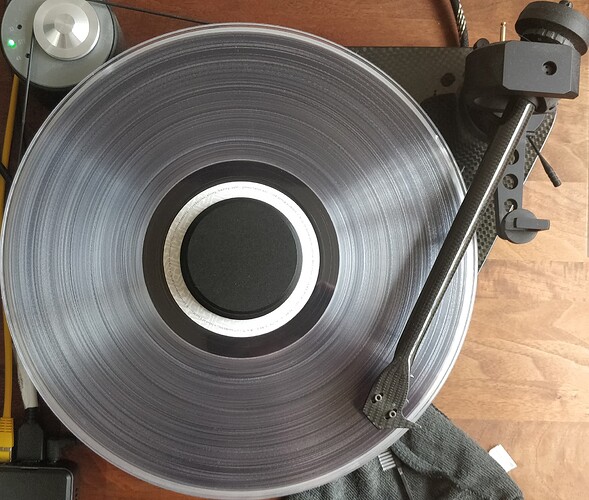 IMG_20220804_1345531920×1628 322 KB
Quite some heated discussions have been written on the threads in my favourite recordstore about this concert. Most of them disappointed that it is not up to its predecessor Frijday night in San Francisco.

While Fryday night semengly was about “who is the fastest”, this concert on Saturday is more about the artists as individuals – at least on the first side of this album. To me this is a good thing. And for the speed lovers still there is enough to enyoy on this concert too.

Having that said, I’m still waiting on the Double 45rpm release of the Friday concert

I’ve complained about Live albums in small venues before. How is this and ‘Friday Night in San Francisco’ (if you have it) as far crowd noise goes? I can’t take a test listen as neither is on Qobuz.

Do you think they’ll do a 45 RPM and perhaps add the solo from Paco that’s on the SACD? I want to get the LP but if a 45 RPM is coming out, well I can wait. I love Friday Night

Yes I have the Friday concert also The mood of the crowd is quite comparable. Yells of exitment here and there…

I have to admit that I didn’t check the tracklist. I’ll let you know…

10 posts were split to a new topic: Perplexing search results?

Now spinning - “Ignorance” by The Weather Station. I really love this one, got it on vinyl today. Happy weekend everyone! 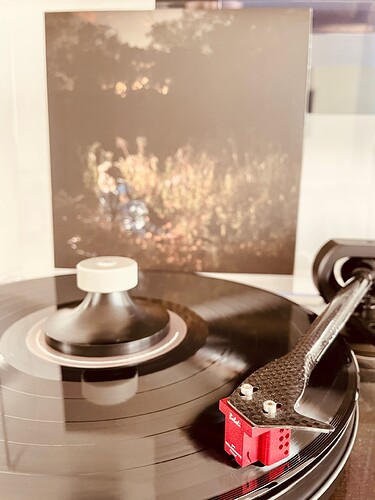 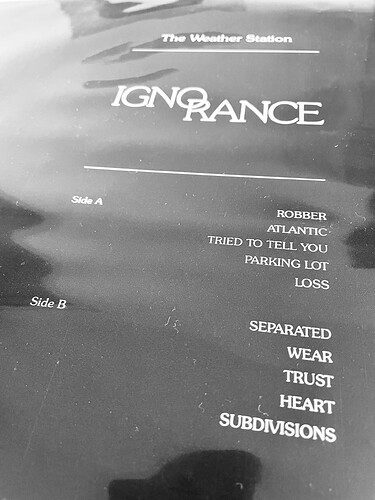 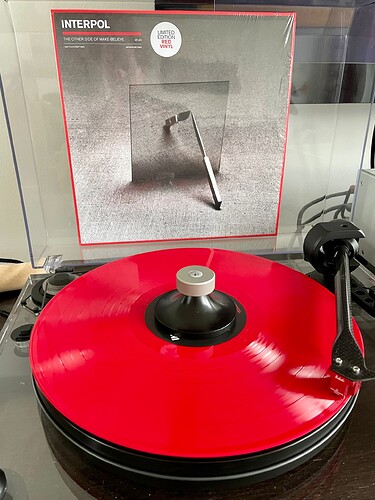 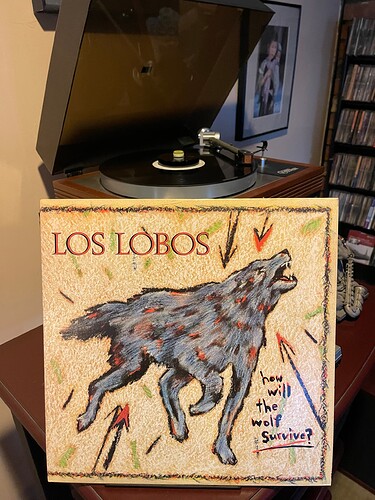 Another deep dive into the vinyl archives. Sadly the Hello People do not seem to have made it into the streaming age and barely made it into the digital age with only one or two CDs available. I have three Hello People LPs in my collection.
For those of you of a certain age (old) and from the NYC area, you may know at least one of Hello People’s songs: Faces, from the album “Bricks” since part of the song was used by one the local FM rock stations as a theme for one of thier shows or promo spots.
(332) Hello People - “Faces” (1975) - YouTube 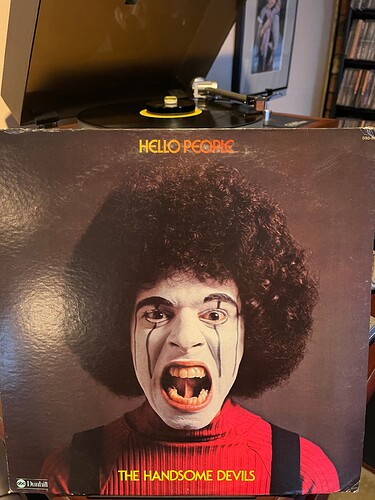 Another edit:
This Eddie Hazel LP comes just before the Hello People LPs in my vinyl library so I figured I give it spin as well. Eddie Hazel, along with Garry Shider, Michael Hampton and a few others, was one of the guitar players in Funkadelic and the equal of many of the more well known guitar gods from the classic rock era. Sadly Hazel never got the praise or fame he so well deserved before his early death. 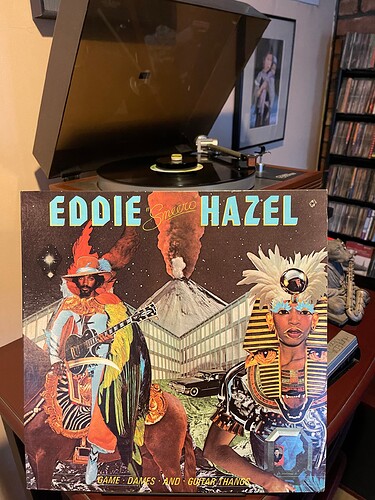 Another deep dive into the vinyl archives. Sadly the Hello People do not seem to have made it into the streaming age and barely made it into the digital age with only one or two CDs available. I have three Hello People LPs in my collection.
For those of you of a certain age (old) and from the NYC area, you may know at least one of Hello People’s songs: Faces, from the album “Bricks” since part of the song was used by one the local FM rock stations as a theme for one of thier shows or promo spots.
(332) Hello People - “Faces” (1975) - YouTube

I also have this on vinyl, mainly due to Todd Rundgren producing and various TR related musicians helping out.
I used to upload TR videos to Youtube, but eventually lost interest…however, I did upload a nice clip of the Hello People ‘miming’ on stage with Todd in 1978.

Todd and the Hello People 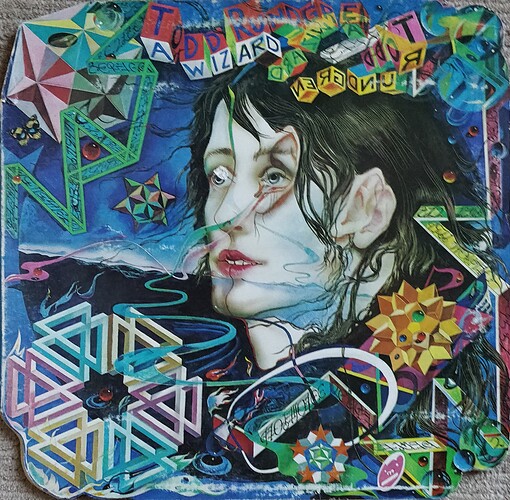 I bought this album in 1978 so it is only fitting that I play it with my 44 years old Revox buddy who was ever so kindly to my Vinyl records. 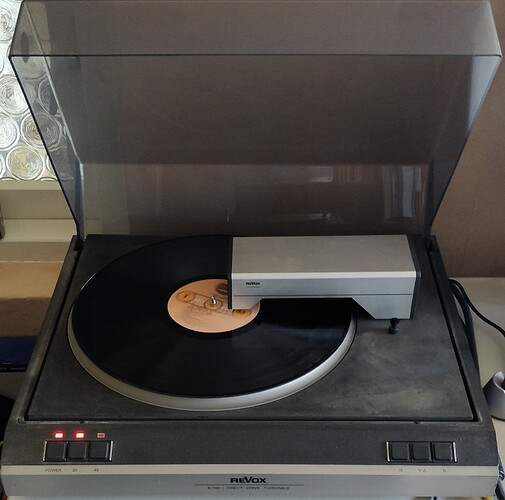 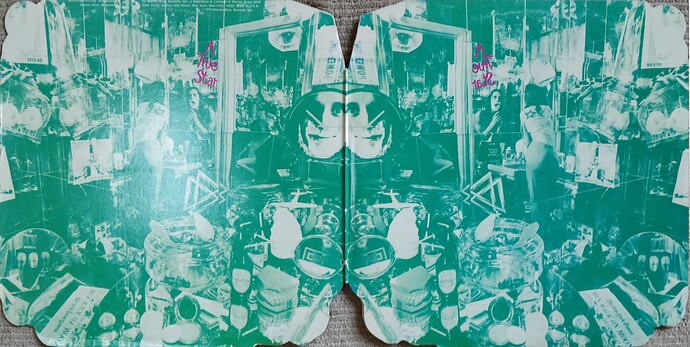 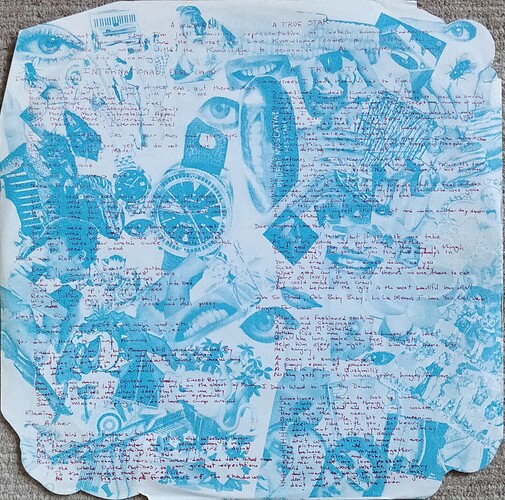 I thought this might be interesting read but after reading it I thought they just came off as silly.
Maybe you might disagree? 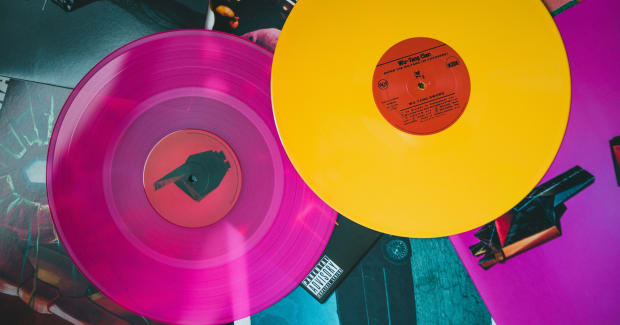 Record collector vents about 10 annoyances of the vinyl revival

Vinyl, vinyls, vynnnnills.... call them what you will. There are some things about the revival that are even worse than getting the name wrong. and don't get started about etchings!

It does veer off into ranting on a lot of the points.

I do agree with a couple of things though. The number of variants are getting out of hand. Can’t remember which artist it was recently (possibly Taylor Swift?) but they had more than 10 for the album. Does seem excessive although maybe it doesn’t matter.

Vinyl is too expensive and I think it could slow the vinyl resurgence. I understand for certain labels that really go to extreme lengths to make a premium product but most vinyl should not be anywhere near the price it is currently selling for.

Agree that it’s a bit petty/silly. I disagree with @crowlem, only because I feel that the variants issue is beyond out of hand. My late 70s - early 90s vinyl collection, plus picture discs, box sets, cassette singles, etc., are a testament to my younger self’s completist tendencies. As I’ve grown older, I’ve come to see things collecting/completism and tribal loyalty, be it brands, teams, etc., as weaponisable. Exploitation is a poor reward for loyalty IMO

Yes that is probably the most valid point in the article.
Who the heck needs a white swirled mocha copy…better off left to Starbucks!
Fortunately even in my youth I was never a completist and all I needed was one good copy of anything.
Now I might have had it on vinyl, cassette and then CD but that’s about it.
I never dove into the extra deep/wide rabbit hole of which pressing of DSOTM sounded best for example.
But if we must the mofi version does😂

.
And they are certainly milking it while they can, hopefully the bubble will burst soon.

And I can go back to scavenging in the $1 bins

To be honest:
I don’t care.
I don’t care about articles over vinyl
I don’t care about, ratings, critics, audiophile experts or whoever might think about it.
The only thing I care is how I think and feel about it.
I am a customer of a german record sell company for 40 years now. They have a good library, good prices where “normal” vinyl records are almost about the same price as their CD’s. And whatever I choose to spend for music is my choice.
It’s that simple.

I don’t buy a lot of music with streaming from apple, tidal, Spotify and qobuz I can get most things I want. I have a lot of CD’s 1000+ but now never play them, and I have a lot of old vinyl too, and of late get the odd few new ones…I do have several turntables and use them.