The wonders of classical tags handling

The way Roon handles classical metadata never ceases to amaze me.
Roon is a paid value added service that prides itself to provide an unsurpassed music browsing experience. With the introduction of “AI” Valence one would assume that Roon would be able to identify an orchestra and differentiate it from a conductor. That does not seem to be the case.
I have just spent around six hours manually cleaning up classical metadata that Roon displays. I am about 20% through my 100k tracks collection and I have given up for the time being.
One thing that drives me up the wall is that Roon insists on sorting some recordings under the conductor and others under the name of the orchestra. If at least it were consistent. I’ll give you an example. This is a recording by Christoph Eschenbach as shown in jRiver, so you can see the tags I had attributed to the recording when I imported it into my collection: 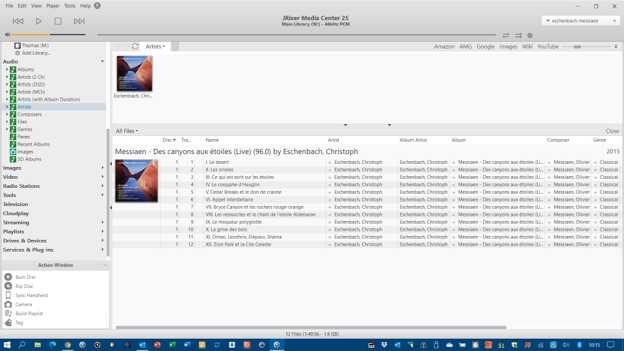 This is the way allmusic displays the album. The conductor tag is listed first. So far so good: 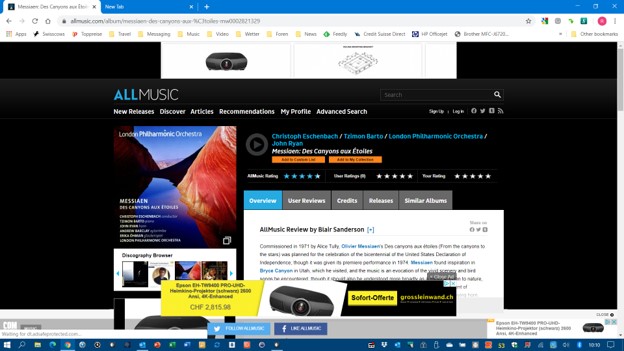 This is how Roon shows the album: 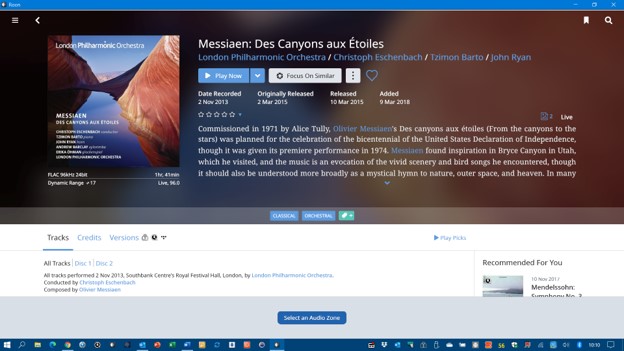 Orchestra first. It gets sorted under “L” for London Philharmonic Orchestra. Other Eschenbach albums get sorted under “E”. So much for a great browsing experience.
The saving grace for Roon is that I can find the album if I search for Eschenbach. It does get listed.

I could understand that in the pre Valence days this sort of thing was difficult to address, but it seems to me that with a bit of AI it should be possible to solve this issue and offer fairly consistent metadata for classical. After all there are a finite number of orchestra names, conductor names, soloist names etc.

Yes, I know that Leonard Bernstein conducting Igor Stravinsky will feature two composer names from which one needs to chose one for the conductor and the choice might be wrong. But I will gladly deal with the <100 such cases in my collection manually. Better than dealing with several thousand albums sorted under London Symphony Orchestra or Berlin Philharmonic etc.

In the case I listed above it doesn’t even seem to be a case of the metadata in allmusic being wrong.