This track not currently available from Qobuz. However, will play via Qobuz 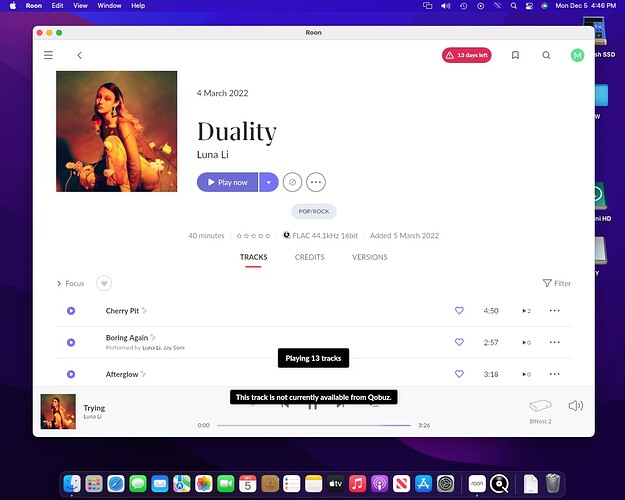 When was it released in Qobuz? It might need some time to propagate through the database?

P.S. I don’t have Qobuz so can’t test it from Qobuz, but it does play just fine from Tidal.

Could it be a location issue? or a VPN issue? 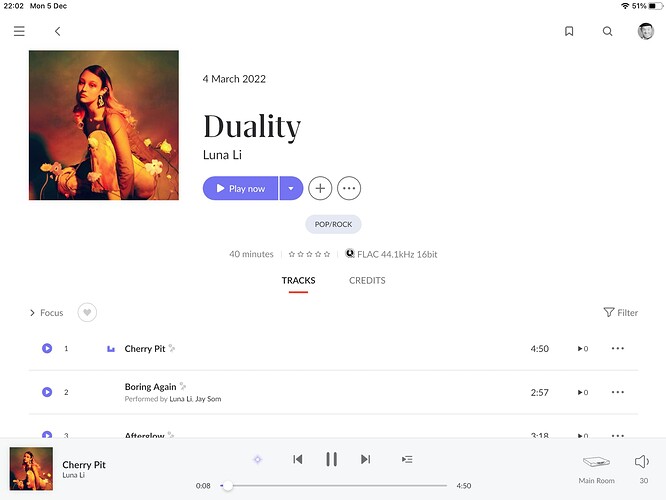 Likey they swapped the version in qobuz so your Roon is pointing to the old version, happens all the time as Qobuz don’t remove them unfortunately so it becomes orphaned. Goto versions tab and check for another version add that and delete the old one.

This title played just fine from Roon several months ago. Now it has an error every time. I can play it straight from the Qobuz app without issue. Same version in Roon. I have seen this on numerous titles. Removing the title from my library and adding it back corrects the issue. So frustrating!

I have seen this on numerous titles. Removing the title from my library and adding it back corrects the issue. So frustrating!

I’m having the same problem.

This is working for me too. Frustrating. But thank you for the insight.