Back when I first became interested in digital music, I bought some hi-res versions of albums I had owned for most of my life and still enjoyed listening to. It took me a couple of years to overcome my faith that higher resolution must be better than lower and realize how bad these recordings really are.

Three that stand out in this regard are the 24/192 versions of Beggars Banquet, Let it Bleed, and Love’s Forever Changes. All, coincidentally or not, were purchased from HDTracks.

What really amazes me is how long it took to recognize that what I was hearing just wasn’t right. I had an inkling of it from the start, I suppose, but it wasn’t until I got solidly into good headphones that it became clear to me. And the problems weren’t just at the high end of the spectrum; even the drums on Forever Changes were hard to listen to.

One interesting aspect of this is that not only did my old ripped 16/44 versions sound better, but so did 24/96 versions (coincidentally, or not, from Qobuz, although each of the latter were supposedly remastered versions of fairly recent vintage.)

Please don’t think this is an attempt to troll HDTracks. It’s not. I have some 24/192 recordings from them that are quite good: the Band’s Music from Big Pink is excellent, for example

Anyway, I think twice now before automatically going for the highest res version. Sometimes that works out; often it doesn’t. Any of you have similar experiences?

Funny, but those two Stones albums were amongst the very first that I downloaded from HDT and I didn’t love them either.

What it all boils down to is not what resolution the recording was released at (44.1 kHz/16 Bit or DSD 512 or anything in between), but how the recording engineers completely murdered the mix in the studio.

I fully agree.
A lot of releases are victim of loudness war.
Somehow I have the impression that Qobuz is not a fan of loudness: in my experience there were situations in which I preferred Qobuz versus Tidal and HDtracks (and even my own FLACs). There weren’t many situations, but almost always when it was the case of a “winner” it was Qobuz.

The mastering trumps resolution every time. That is why when you really want to hear the best you need to do a deep dive into the different versions available. Coincidentally, that is also the issue with streaming services, as they will only provide the lastest from the record company.

My go to example is Genesis, if you are listening to the 2007 remixes then you are not hearing the same music that made the band famous. Banks remixed guitar parts out, keyboard parts forward, etc. Sad, to think a kid discovering Genesis today will only ever hear these butchered versions. You have to go back to the pre-2007 CD releases of the original vinyl/cassette. ( I actually prefer the original CD releases prior to the compression added in1994).

How do you research? Any way around this via streaming services?

Are we saying there’s a recognized difference between download sources? This could get complicated. I was never blown away by high res, perhaps this is the reason.

The mastering trumps resolution every time.

Absolutely! I ripped my CD of Joss Stone’s ‘Soul Sessions’ recently, and it sounds absolutely sublime. Even as a 16/44.1 rip.

The Soul Sessions is the debut studio album by English singer and songwriter Joss Stone. It was released on 16 September 2003 by S-Curve Records. The album consists of cover versions of soul songs from the 1960s and 1970s, in addition to a cover of The White Stripes' 2001 song "Fell in Love with a Girl". In 2004, The Soul Sessions was shortlisted for the Mercury Prize and was nominated for a MOBO Award for Best Album. The Soul Sessions was produced by Miami soul singer Betty Wright and S-Curv...

Speaking of Genesis, I have Phil Collins’ remastered LP box set, and though they sound decent, they don’t sound nowhere near as good as the original pressings my oldest brother gave me from his collection. That old, thin, light weight, mass produced vinyl sounds so much better.

I pretty much went into ordering that box set knowing that was going to happen. It was more of a idea of just having the full “remastered” box set as a collector type thing than actually listening to them. In fact, I only opened and listened to two of the albums in that set. The rest are still sealed up and are going to stay that way. And I purchased that box set going on 6 years ago I believe. 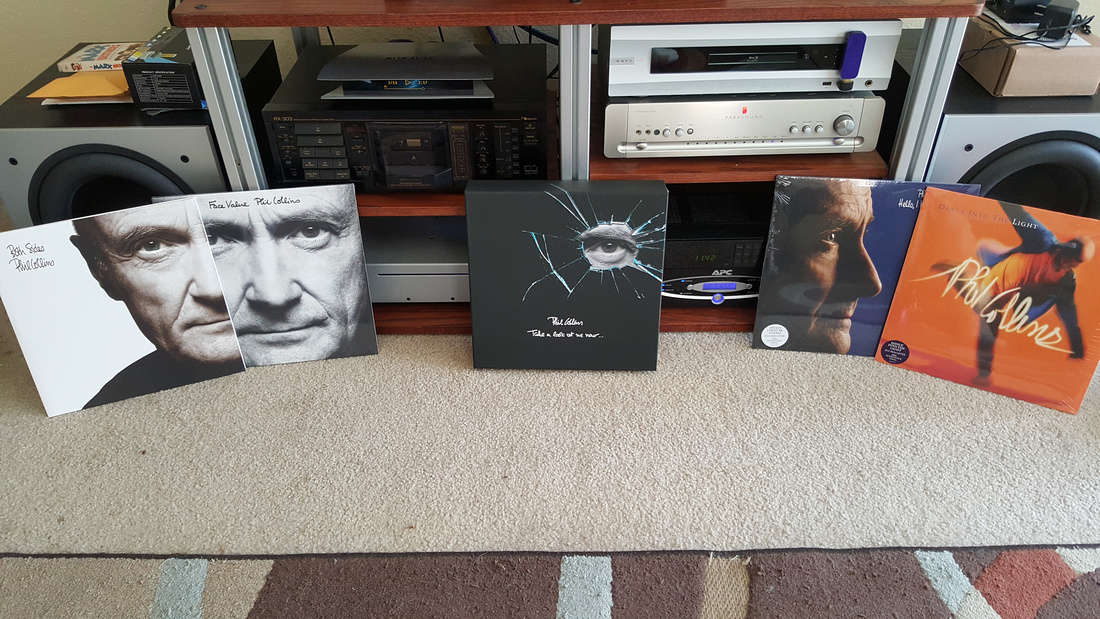 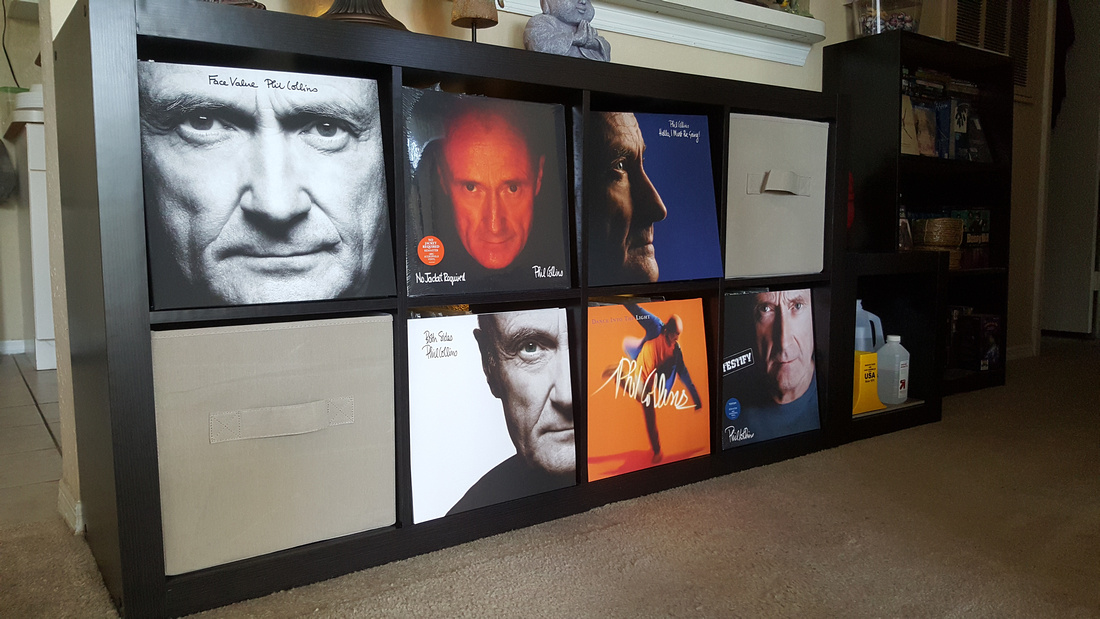 Steve hoffman forums, other forums have threads that do deep dives on individual albums. People discuss which mastering versions are better, etc. obviously it gets a bit thin on more obscure titles. But, it has guided me in many searches.

Are we saying there’s a recognized difference between download sources?

There definitely is. I find more of Qobuz’s offerings end up sounding better than Tidal’s. Not a huge amount, be noticeable if you’re paying close attention to it.

Different download sites may offer different versions. Especially now as the labels are replacing the original hi res with newer and lower res, high res material. One site may still be able to offer the original release until the license runs out.

For example, the original Eagles box set was done using a machine which did 24/96 in full 24 bit range, but the 24/192 was really something like 16/192 padded up, because the hardware doing the capture could not do 24 bits at 192. So for that release the 24/96 sounds, to me, way better than the 24/192. (Yes, I have compared both versions). But, both those versions got replaced with the newer versions, again which to me, don’t sound as good as that original 24/96 release.

Yes, I own the original vinyl and the original CD releases, which are what the hi res gets compared against. The loudness wars have really robbed the life out of a lot of music.

Just think, most people now will not have the ability like you, to hear how it really sounded in the 1980s.

The loudness wars have really robbed the life out of a lot of music.

And this is why I buy a second hand original CD and rip it. Not all remasters are an improvement.

Is there any metadata to give clues? A master date or version number?

The first CD release of Face Value really sucks though. So much so that there is no build up and climax to In the Air Tonight.

It’s not the mix as most releases use the same master tapes which are already mixed. Rarely are the original (2, 4, 8, 16 track) tapes used to remix the recording. It’s the mastering done from the master tapes. Mastering is the single most critical process that makes or breaks the release.

Yes, the Steve Hoffman forum has proved invaluable to me in my search for the best masterings of my favorite CDs and SACDS. I had to replace most of my CD collection due to a moving problem. So now my CD library is made up of the best masterings available. The difference in some of these masterings is huge!

es, the Steve Hoffman forum has proved invaluable to me in my search for the best masterings of my favorite CDs and SACDS. I had to replace most of my CD collection due to a moving problem. So now my CD library is made up of the best masterings available. The difference in some of these masterings is huge!

Would you please provide a link to the thread about remasterings from Steve Hoffman forum?