Tidal / Add to Library - it shouldn't be flakey, but it is

The result is the album in my library has one track (the title track). Extended menu on this album shows “Go to Tidal version” which has 12 tracks. The Tidal version is no longer visible in the list of Main Albums.

How is this supposed to work? Is there any way to manage a music library with this sort of inconsistent behavior?

Love this product, but this kind of flakiness is frustrating, particularly given that it’s not the first inconsistency.

If I could now back the album out of my library reliably I’d do it, but I suspect I’d loose access to the Tidal album altogether. Have seen this behavior in the past.

Went to the Tidal version, added all songs to a play list. Now full album appears in library. Could try deleting playlist to see what happens… But will not unless someone thinks it’s worth investigating.

I added the Album with no troubles. It looks like you may have clicked on the 3 dots menu next to a track and added just the track.

Regardless, if you want the whole album, just Go to the Tidal Version” and then click Add to Library and the rest of the tracks will be added.

Not sure there is a way to add a single track to library, and in any case things just didn’t go as you describe. It’d be nice…

I found the album and then clicked the 3 dots menu next to the first track (I’m not saying you did that though). It’s possible to add a Top Tracks song too. 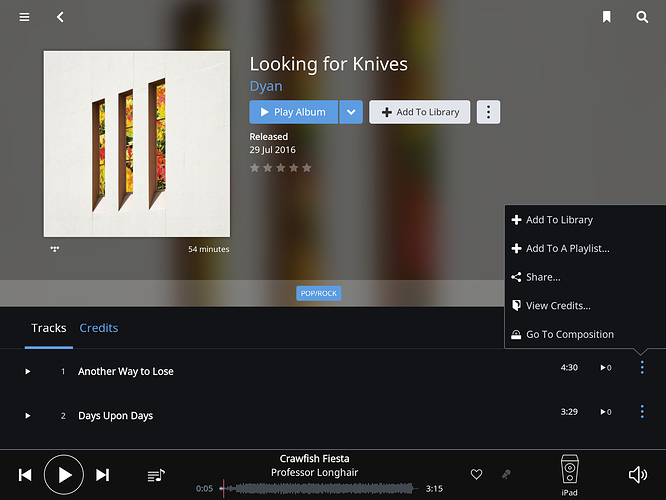 Here’s the one track added. 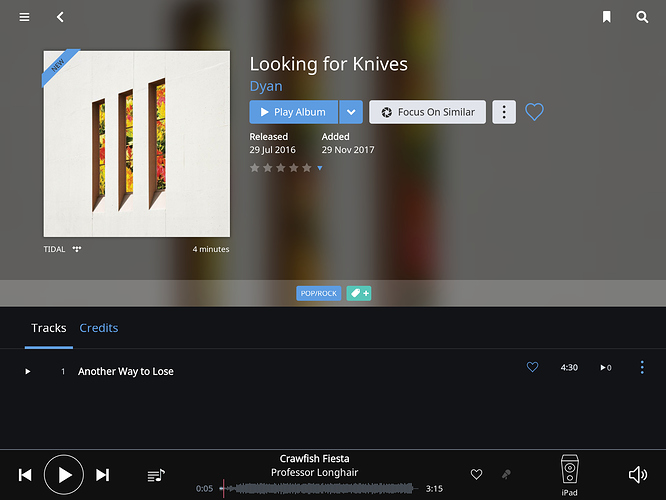 Then I clicked Go to Tidal Version. 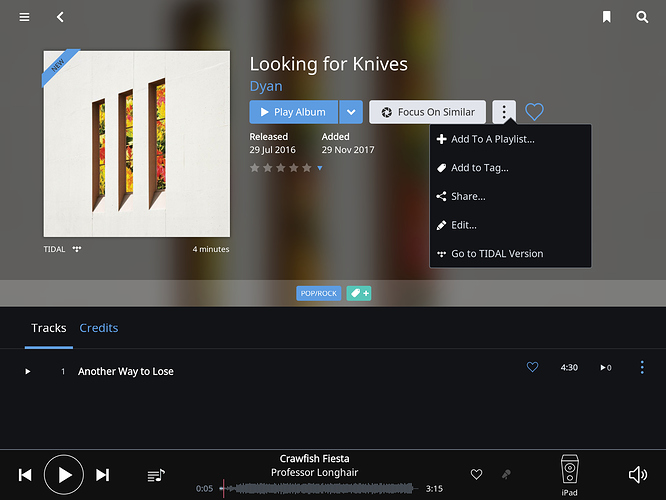 Then clicked Add to Library next to Play Album and it added the rest of the tracks. 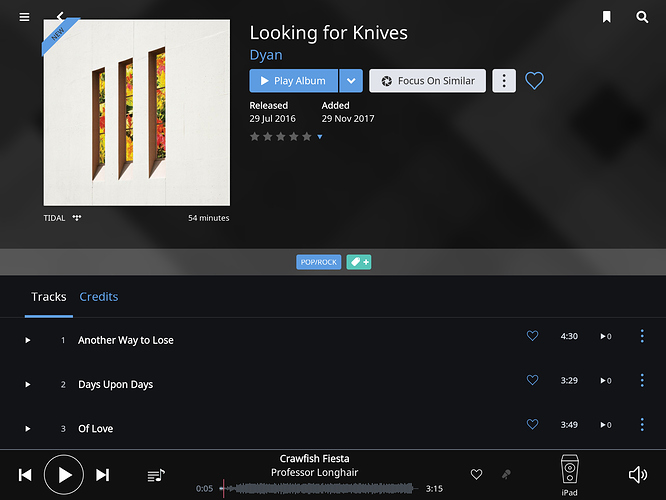 You can delete the album and it will be available again to add.

I have deleted Tidal albums which are not then re-listed under main/available albums.

My point, in general, is that library behavior has been less consistent than it seems it should be.

I completely agree. This is really frustrating. I have to do like four or five clicks to add the song then get back to where I started to add more songs from the tidal album. It’s really confusing and I am never sure where I am between tidal and my library. Please make this simpler!