Tidal albums not appearing in Roon

I have favourited some Tidal Masters in the Tidal app. Out of 139 Albums favourited only 111 are showing in Roon, anyone else experiencing similar issues?

You can also go into Settings > General and toggle on Show Hidden Albums.

Esperenza Spalding Emily+D Evolution for example. I already have a 16/44 downloaded. “Show Hidden Albums” toggled on. Still I don’t see the extra Tidal version on Roon. When I tried “Go to Tidal Version” on Roon on the album, It only shows one Tidal version which is non-MQA. How can I find the MQA version and add it to favorites in Roon? 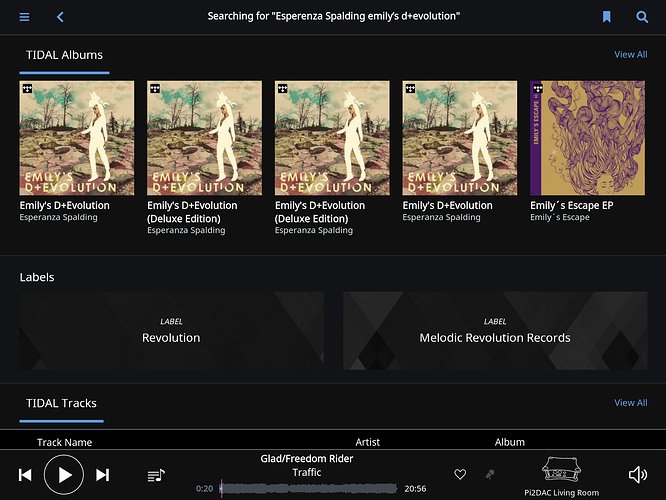 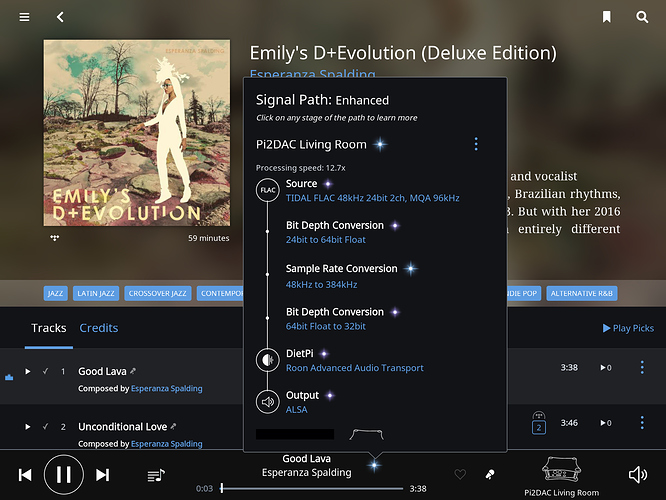 Not ideal, but it should work for now.

Just to clarify, your (1) and (2) are alternative approaches, right?

Thanks Joel. Yes, that was poorly written. I made an edit.

@joel, thanks for the tips. For the general information for users, your #2 method works only if I don’t have a ripped copy of the same album in my hard disk library. If there is any copy, the Roon does not show any other Tidal copies.

I tried the #1 option, and it didn’t show up on my Roon browser properly, which is why I posted this query in the first place, but it eventually showed up sometime later - bizarre, but it seems partially working.

This is a minor annoyance to be fixed in the future upgrade. More than anything, there is no reason to hide the valid Tidal copies just because I have an old CD of the same title in my library. This filtering execution in Roon must be diabled.

I tried the #1 option, and it didn’t show up on my Roon browser properly, which is why I posted this query in the first place, but it eventually showed up sometime later - bizarre, but it seems partially working.

@hgim82 Andrew, Roon only syncs with TIDAL periodically. What you need to do after favouriting something in TIDAL’s app is (in Roon) to go to the main menu and select TIDAL, then click on the circular arrow in the top bar on the left - this is a manual re-sync.

Thanks. I didn’t know that. Hope that these minor issues will be resolved in the next upgrade.