I have not received any art work when Tidal populates into Roon, just some fuzzy images, all the other info is there but no art work. This has been happening since June 16th, art work associated with CD imports, and other files is fine, just Tidal albums. I’m using MAC OS 10, and IPAD PRO, with all Airplay endpoints. I have no issue with use of Roon, just the art work problem.

Hi @Bernard_Crawford ---- Thank you for your feedback! We have heard reports of this before and are trying to gather information concerning this issue. If I may ask you to please try the following and let me know the result. Please see below, thanks!

It didn’t work, here are some screen shots so you can see what it looks like, the first is when it started, and the second is how it has continued. 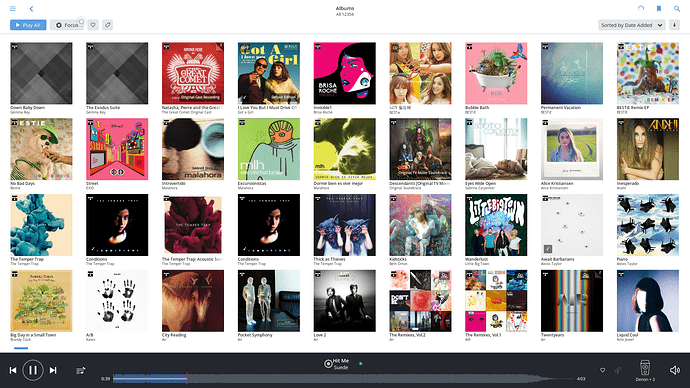 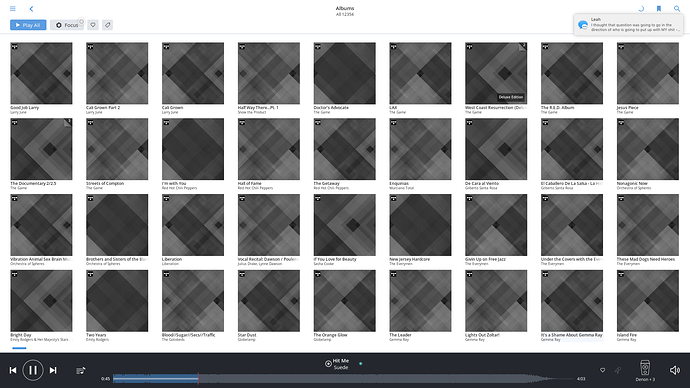 Hi @Bernard_Crawford ---- Sorry for the inconvenience. I’d like to get a copy of your logs to our developers to take a closer look at what could be happening here. I will send you instructions on how to upload logs to our servers in a PM. Thanks!

Having a similar issue.Albums for me in Tidal are fine but if I go into Collection in Artists I get a lot of those fuzzy images as shown in above posts.

Hi @Outlaw — Thank you for your feedback and sorry for the issue your are experiencing. I would like to gather some more information from you and will be contacting you via PM. Thanks!

Windows 10 computer running Roon and HQPlayer.Dac hooked directly to PC with usb.Music on external drive by firewire 800. Running headless with splashtop.No other background applications and no EyeTv.

Dear Support Team,
I’m running my roon server on a dedicated win10 client and noticed exactly the same issue. I’ve tried already to clear the tidal cache as described by you before --> still the same issue ;-(
Looks like a small bug on your side

A lot of artists won’t have pictures. I find that in my collection too.

Even though you would expect ever album to have a cover, artists are a whole different story. You’ll find a lot missing.

Here’s an example from my library. 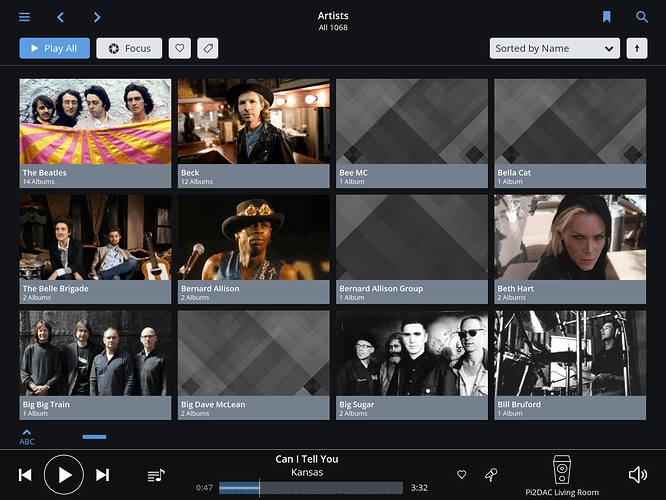 Don’t know if this helps or not.

Hope they can resolve this issue.

It’s not so much an issue, it’s more of a lack of metadata from Roon’s online source.

You do have the ability to add your own photo found online by editing the Artist and adding the photo (click on the 3 dots and select edit). I don’t think you can do it from a tablet though.

If the pic is large enough, it can fill the whole top of the screen.

Just to be clear, I think there may be 2 issues be conflated in this thread.

First, @Bernard_Crawford’s screenshot above shows a browser with zero TIDAL album covers. We’re looking into what’s going on in that case, and hoping to resolve that issue soon.

The second issue relates to artist photos that are missing in some cases, as shown in Greg’s screenshot. Unless, I’m misunderstanding this is what @Outlaw is seeing. While we source millions of artist photos from a number of sources, there are always going to be artists we don’t have images for yet. As @Greg mentioned, this isn’t really a bug, although it is an area we’re always working to improve in. If there’s a really popular artist that appears to be missing, feel free to let us know in the metadata category.

@Joerg_Chmiel, it’s not clear from your post which issue you’re experiencing but please give us a few more details and someone from our @Support team will look into this for you. And @Outlaw, I know you’re already talking with @Eric but let me know if I’ve misunderstood you here.

so sorry for my bad issue description. So my issue is that for EVERY new added Tidal AlbumCover Work is missing.
Example: Inside of the Tidal section I can see e.g. the new Adele album incl AlbumCover. If I add now the Album to my library, the AlbumCover is missing. If I try to edit the Album in order to change the AlbumCover, I’m able to see the right AlbumCover but after saving it’s again gone. This happens for ALL Tidal albums.
I’ve also tried already to change the Server to my Synology and noticed the same issue --> so it’s not Win10 related

Hi @Joerg_Chmiel ---- I would like to get a copy of your logs to our developers. Will be contacting you shortly via PM. Thanks! 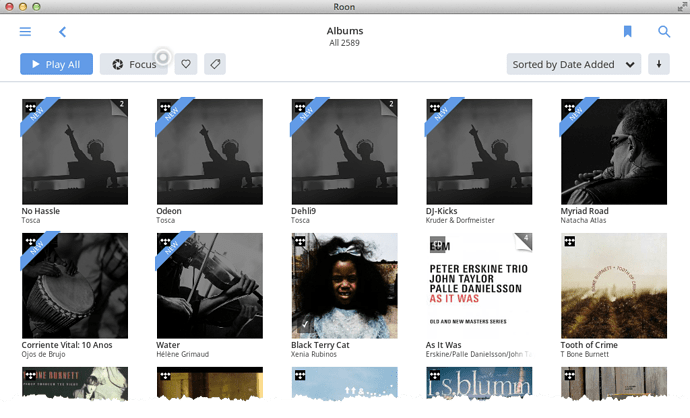 To illustrate further:
Tidal Album on MacBook Pro before adding to library: 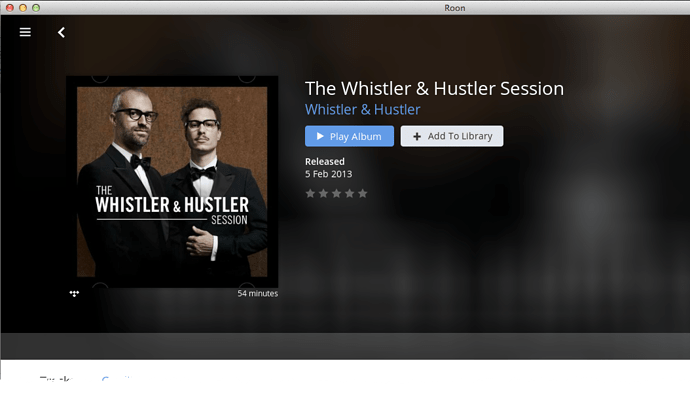 after adding to library: 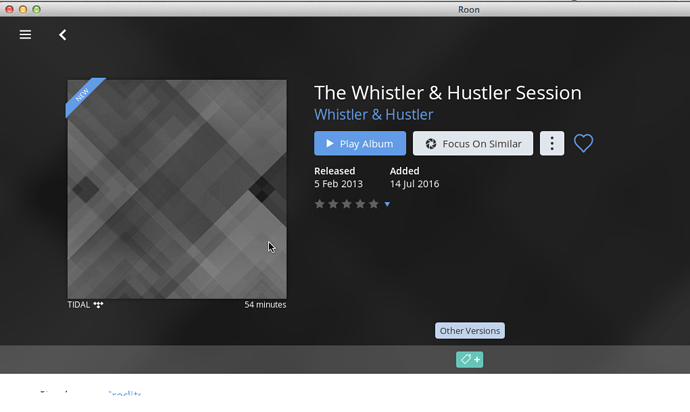 No other issues in Roon. Works as advertised. Thanks for your great work.

Quitting and restarting Roon core on iMac fixed the issue.

It’s an odd error. Not very important but disturbing. Happened before…