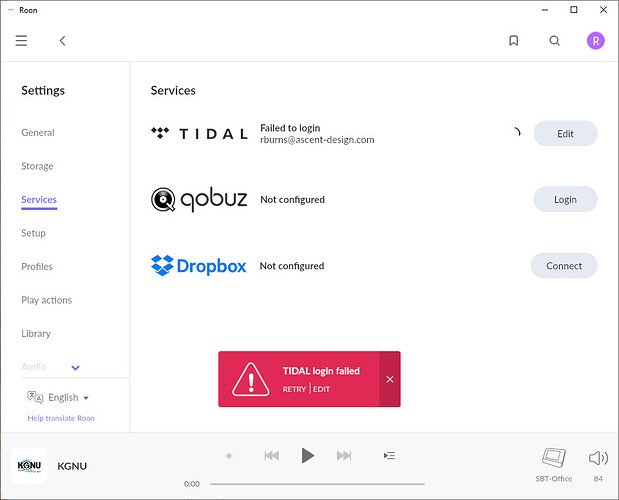 I’ll update as the situation changes; but as of now it’s working again? What happened… another core reboot or did the streaming gods hear my complaint?

Today I had the same problem, Tidal login failed on ROON. I reboot the ROON core and it’s working again.

It is also happening to me. Three times today at least. Rebooting Roon Core fixes the issue. I’m running ROCK in a NUC 10i7FNHN. BTW, it only happens with TIDAL. Local files and Qobuz work just fine.

Same issue for me. I’ll try the reboot. 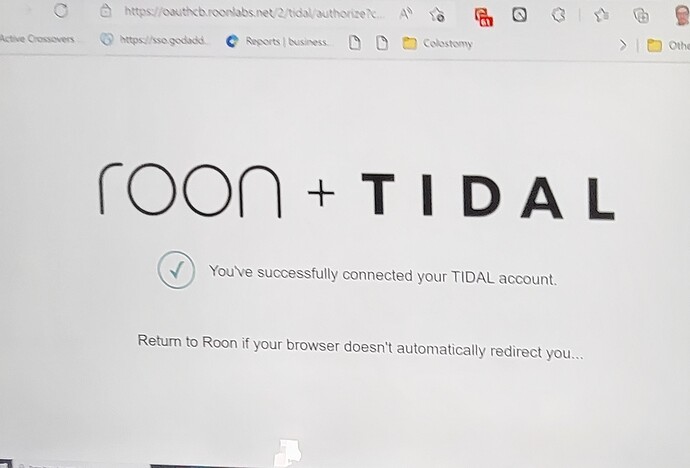 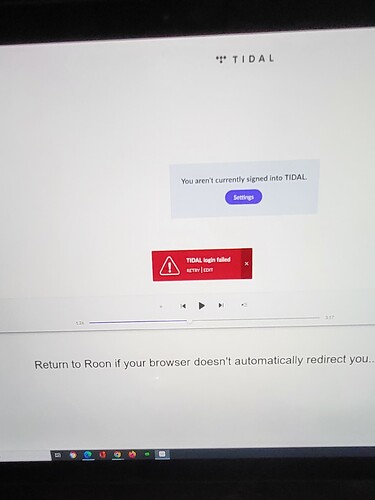 Yes - same here, tonight Tidal no longer appears to connect, and it was working yesterday just fine. I’ve signed out and back in - the browser sign-in at tidal.com goes fine, but Roon continues to break and think it’s not connected.

This has happened to a number of people, including me. I was able to solve the issue by rebooting the Roon Core.

Greg, Thank you very much this has solved the problem

I wanted to re-open this topic since we have made a change on our end recently which could be related to the behavior reported in this thread.

Can you please confirm if you are still seeing this issue occur or if things have been working as expected since our latest release? Thanks!

I’ve been having Tidal cut out between tracks, cease playing entirely.

Now, something odd is that when it did it just now I logged into the server and it told me it was on build 970, and needed to restart to update to new build 1021.

I’m worried I might have some different versions running the server vs local Roon on that pc. Or maybe you guys are mucking around with things, I dunno.

When I returned to my local client (just trying tha macbook for now) the playlist had stopped / reset, and there were 30+ tracks showing “skipped.”

I tried to resume, and the Tidal tracks are still attempting to play then skipping past. I see the album art and everything, just no audio.

i gave up, rebooted the server, and Tidal is playing now. I’ll report back if it cuts out again.

I logged into the server and it told me it was on build 970, and needed to restart to update to new build 1021.

It looks like you have a RoonServer + Roon setup on the same PC, it’s possible that your RoonServer aspect updated but you did not use the Roon UI aspect for a while.

i gave up, rebooted the server, and Tidal is playing now. I’ll report back if it cuts out again.

Do let us know if this happens again, but at least it sounds like the TIDAL login issue has subsided on your end.

This topic was automatically closed after 22 days. New replies are no longer allowed.