I’ve noticed that the 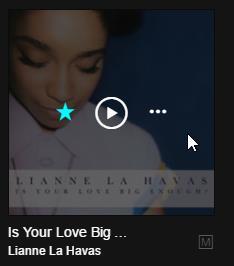 I don’t see the logic in your reasonings. Last time the Roon desktop app had it first, so to me I would not expect the iDevices to be more updated than the desktop app. More the other way.

What we should expect is that the iOS app is equal to the desktop app with equal version number, hence my concern in first place, as the desktop app is already released.

When writing this build 216 is off cause out for core and windows, iOS (and Google Play) not.

I do see it in the Tidal Desktop app like above though.

There are a few dimensions involved in determining that something “is MQA”: Whether an MQA version is available at all Your location–not all tracks play in same quality in all places Your account type Whether it’s streamable as MQA today, since streaming rights change day to day. We’re not going to tag files based on less than all of the information. Then all we’d be providing is a “could be MQA” indicator that was sometimes wrong in both directions. I don’t see a way to tag files as MQA pre…

I don’t see what that has to do with my request.

It’s out. Not shown as expected.

And they even forgot to add Extention to the menu for iPhone. This is the second time not added. Was implemented in iPad first release.

I’m not sure that the full meaning of things is getting across here. Did you have an expectation that Roon would show an MQA indicator in this release? There are release notes which don’t mention this.

I may be mistaken but I think @Chrislayeruk was suggesting that this may happen in a future release.

If I’ve got this straight Brian’s post is relevant because it explains why they aren’t going to do half a job and the nature of what Roon are working with.

If I’ve crossed wires here more info would be useful to ascertain the problem.

I believe @Brian’s post answers your question “Is there a problem to implement this ?”

It’s fairly straightforward for local files that can be analysed but for streamed content it requires collaboration with the content provider … in this case Tidal.

We know Roon have the will and want to provide a quality implementation, but some factors are outside of their control and negotiations / agreements need to take place.

Are we talking about the same thing ?
The M indicator is available in Tidal. As is the E indicator.

The E indicator is is available in Roon, why can’t you just as well show the M indicator in Roon . It’s just to copy Tidal information. Has nothing to do with local files. That’s another issue. And by the way, is available, (with the focus option)

The E indicator is is available in Roon, why can’t you just as well show the M indicator in Roon . It’s just to copy Tidal information.

That’s not how any of this works. How it works is described in the post from Brian that was linked above.

There will be others more qualified to answer this but Tidal and Roon have separate databases. I’m gonna go out on a limb to say that the Explicit marker does not necessarily come from Tidal and could be another source.

As Brian stated Tidal need to do work to enable this. Hopefully on it’s way!

FWIW, at present, the MQA focus in Roon will only apply to local files.

Well, then what Brian says is also that Tidal information can’t be trusted.

I’m not sure, but maybe that post was made before the M was available in Tidal.

I think it is Tidal problem if what they offer is correct or not. And we have an equal problem that an album is available, and the suddenly some tracks is unavailable as an example.

It’s not Roon problem. This is solely Tidal.

Now, when MQA will be part of Roon, then you may have challenges, as for reasons mentioned, the M is available in Tidal, but Roon won’t stream it as MQA. Still that is a total other issue in my opinion. I’m only after copy Tidal info.

Are you saying that same album both have the M symbol ?
I will check and come back to you. Cause if this is the case, then Tidal is almost insane

And of cause just verified. And is also why I like to have the M available.

See your point here… however when you add in the region specific, user specific and rights specific info, which can all change it’s not just a simple ‘copy’. I’m sure that integration like this isn’t easy and for me it’s important it’s done right and works consistently.
There’s more here than meets the eye!

Well as long as they can add an E both places, so they can do with the M. and again it’s related to Tidal, not Roon.

I have never tested if a normal Tidal subscriber has access to the Master folder in Roon, but if so, then you may have a challenge, and the possibility to get many new Roon Subscribers as this would be a backdoor to upgrade to hifi.

Well even if they can see what is MQA, They can’t play, can they ?. So I still have a problem with accepting your point as a valid one. That M cant be the trigger for allowing you to play MQA or not, can it, or is it ?

I may add also that those albums shown as an example does not show up as albums under masters as far as I can see. So that only underlines the need of an M.

Sorry, but I fail to see why you are being so argumentative here??

Each TRACK on every Tidal album [FLAC / AAC / MQA] is subject to licensing…which is why in some territories, you can view an album in Tidal and see that e,g, only 10 out of the total 15 tracks on the album are available for streaming in that country

Assuming you are a European Tidal subscriber, then please find the MQA Albums below within Tidal for streaming…and there are Hundred’s more examples of this…both at the Album and Track level 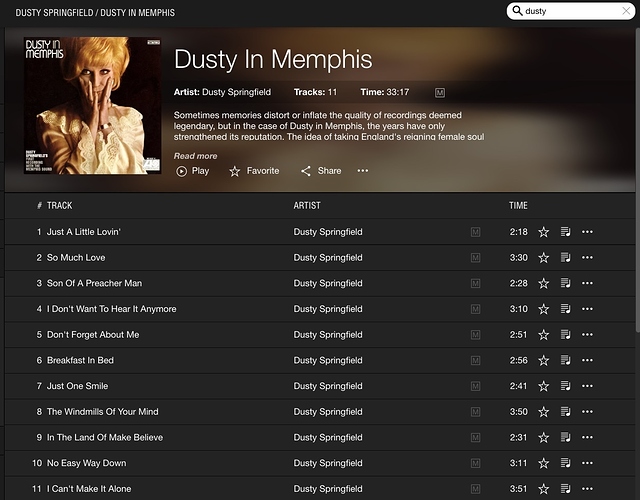 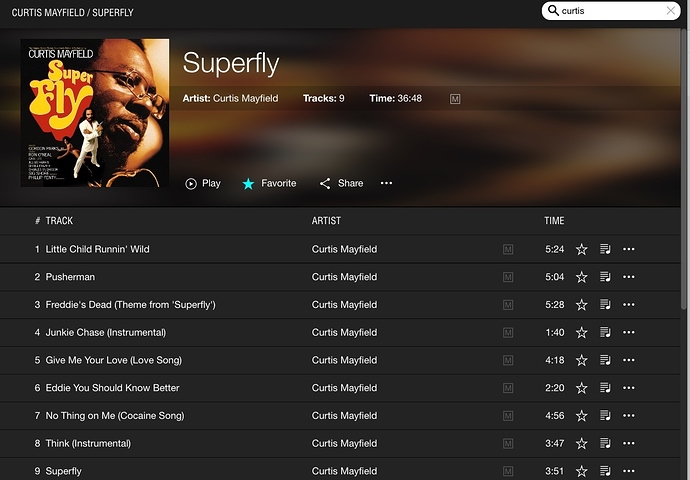 Everything you say make sense. And without going into it, I’m quite sure you’re 100% correct. Thanks anyway for a good explanation.

Anyway we are not discussing that part, but the M indicator available in the tidal windows application.

Can provide an explanation how I shall understand what that M has to do with your post ? And isn’t the E as well then relevant for the same arguments ?

You have to understand I’m not requesting an MQA indicator. I’m asking to copy information already present in Tidal. Can you see the difference ?

In as simple terms as I can possibly make…

Currently, Tidal does not provide sufficient metadata about the Format of an Album for Roon to CONFIDENTLY claim whether an Album is FLAC / AAC or MQA

Which is why since Roon’s inception in 2015, it has not displayed the Format for any Tidal album…as in some territories it can be FLAC…while in others, it can be AAC

So, until Tidal shares more information with Roon about a particular Album or Track, then the fact remains that Roon doesn’t KNOW whether the Track / Album it is just about to play, is MQA or FLAC or AAC…it is only when it starts to stream the Track, that Roon knows its Format…and not before.

Summary: Tidal needs to share more information with Roon about the Format and Licensing of a Track / Album, in order for Roon to provide the Transparent display information within Roon that we all want…Tidal need to resolve this issue, not Roon

And what is then the difference between the Masters and this M ?