Those experiencing this issue should firstly check that Roon is pointing to their current valid Tidal account. Sometimes the problem turns out to be a trial account which continues to exist at Tidal, but has no access.

If problems persist after such check, then open an individual thread in Support, setting out your setup, and they will investigate.

Well, I spoke too soon. After clearing the cache, it played for a dozen or more tracks. When I later reopened roon and tried again, the same problem occured: track plays for a few seconds then stops with “Tidal media is loading slowly…”, skips to the next track and the same thing happens.

It seems an unusual number of people have experienced this all of a sudden. Some on the AURALiC forum as well.

It is very dissapointing that a ROON recommended appliance (NUC with ROCK) does work worse to other solutions.

Probably I will try to install windows on the NUC for another test if it is a problem with the NUC (but the NUC and the parts inside are all on the recommendation list for ROCK).

I did now the test and install Windows 10 on the Intel NUC and Roon Server.
Same problem with Tidal, don‘t play music.

Then I install Roon Server on my Windows 10 PC.
Same problem with Tidal, don‘t play music.

But on the same network I can play music from Tidal by Auralic Lightning App AND Roon App connected to Roon Server installed on my Synology NAS!

The Roon Community forum is full of TIDAL problems like this. ROON has to sort out this problem very quickly, otherwise they would loose customers (sadly not me, because I payed a lifetime license).

Today I had the same problem - no Tidal play.

Then I realised that my credit card linked linked as payment to my Tidal account had expired. I never got a notice from Tidal about this. I‘ve updated payment information in my Tidal account and 10 minutes later Tidal played fine again.

Just as a hint, maybe this is the case for other users here as well.

Moving to BluOS and LUMIN app with Melco NAS.

I meant to follow-up earlier. Two or three days ago, Tidal spontaneously started working again via Roon. I don’t believe it was anything in my setup. My bet is Tidal itself. It has happened the same way several months ago and started again on its own then as well. With no one posting about the problem in the past five days, I suspect it started working for others. True?

Tidal login totally not working. WTF?
Is this the end of the road?

I’ll give it a day to sort itself out but I’m not good with zero customer service. Could be I’m moving to Qobuz faster than I thought.

I have the same problem. I can no longer connect to Tidal within Roon (Login credentials fail), despite being able to login to Tidal directly, outside Roon. Problem with Roon-Tidal interface? I’m running a Nucleus+ server. Thanks for any help!

I have for some time had the message “Transport: Too many failures. Stopping playback” on Tidal. Tried all solutions like clearing cache and so forth… Remember to check your Tidal account AND add a credit card, even if you have a trial. For me this did the trick and everything works just perfekt!
The best, Ole.

Roon does not sync with TIDAL, newly added albums are not displayed. Albums that have been added to the library are not displayed! a test with Audirivana shows that it works perfectly there. The problem is clearly with Roon! 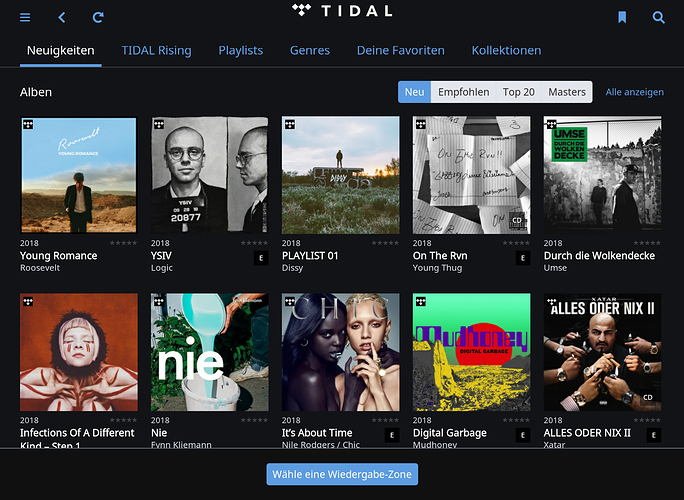 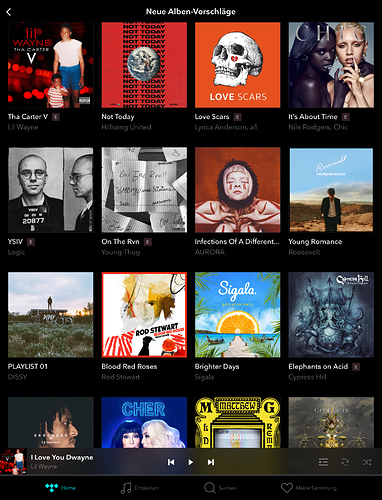 i think roon has explained that they update every few days and for whatever reason friday is not one of those days. which is unfortunate because friday is the day that tidal adds new albums.

So everything tried Roon does not like Tidal still no albums in my database still no new albums Visible.
Core Cache emptied Core restarted nothing Tidal in Roon is the last scrap!

See pictures in Audirivana everything is immediately available in Ronn nothing …
Do not want to just listen to music and do not constantly mess around with the software! 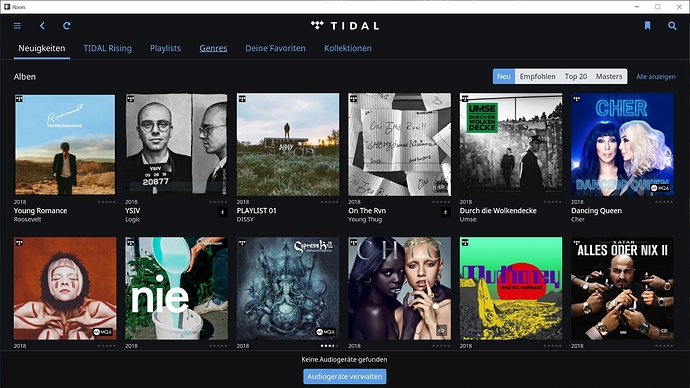 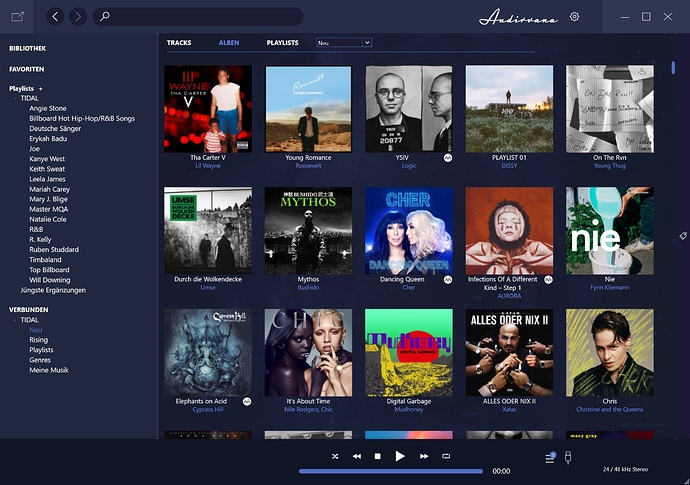 Roon does not sync with TIDAL, newly added albums are not displayed. Albums that have been added to the library are not displayed! a test with Audirivana shows that it works perfectly there. The problem is clearly with Roon!

Maybe you didn’t fully understand what I wrote–the expected number isn’t 12 hours, it’s 3-27hrs on TIDAL’s end + 12hrs on ours. They put something into their database and it becomes available via their API (which is used by the TIDAL app and Audirvana) immediately. Up up to 24 hours passes before they begin dumping that data out of into a feed for us. That dumping process takes about 3 hours. Then we can start downloading it. At this point, 3-27 hours have passed since the data hit TIDAL’s AP…

But I understand that but why no real-time adjustment as Audirivana and all others … ???

That is also explained by brian in that thread I linked (I also rely on Audirvana when new albums are released and there is a delay coming to Roon).

FYI just restarting my ROCK server fixed this issue for me.

Since two, three days ago, Tidal is not working. Simply, after pressing play, the song don´t start playing. I´d disconnected the account in Roon, and connected again. Says logged in, but nothing change, don´t play.

Very Odd. First time something like this is happening.

I had the same problem reboot everything and it works for awhile. Tonight its even worse 30+ second delay between every tidal track rebooted everything over and over again no improvement Tidal works fine in its own app.

Nothing else on my system has changed