I have a similar problem. Although what happens in my case is the song timeline swings purple left to right 6 or 7 times before the song starts playing.

I also do not have Tidal nor Qobuz. I just installed Roon Core in a new Windows 10 computer with an AMD R9-5950x processor and 64GB of memory. My files are on a Synology NAS wired to the same gigabit network the Roon core is connected to.

One more thing, when I go to an artist then select an album, if I go back to the artist page, it takes 3-4 seconds before the albums show up. During this time, the albums show up as grey squares. I wonder why?

Although what happens in my case is the song timeline swings purple left to right 6 or 7 times before the song starts playing.

Yes. This is the exact problem I get. Hopefully a fix from Roon soon on this.

The weird thing is my network and gear are fine. My streamer supports UPnP/DLNA streaming. If I use this instead of Roon, my streamer instantly plays any song from any album in my NAS. Zero delay, zero lag. So I’m pretty sure it isn’t my gear.

I hope a fix arrives soon.

Exactly what I did - throw resources at the problem. My Roon core runs on a new computer with an AMD R9-5950x CPU but the song timeline swings purple left to right several times before it starts playing.

I wonder what the problem is?

After reading many similar posts, it seems the problem of lags, delays and failure to play a songs the moment it is selected is related to having large local libraries.

I am confident Roon @support has their own large local library so that they can accurately recreate this problem. If not, I volunteer to install remote access software such as Teamviewer in my Roon core. I have over 58,000 lossless and high-res albums in my NAS. It would be nice for them to see the lags and delays I am experiencing.

Can you confirm the total number of tracks that you have when you go to Settings > Home?

What happens when you use a different remote device? Does the same thing occur?

Does the same go for different endpoints, like playing to System Output?

After a reboot do you see any temporary increase in performance?

Thank you, @dylan. I appreciate it. 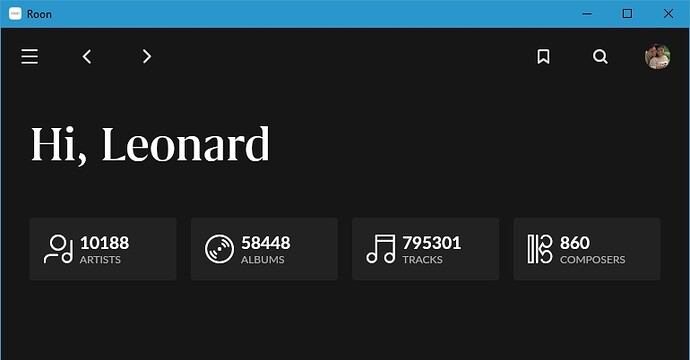 Yes, the same thing occurs with my 2 remote devices, my old iPad Air and my Samsung Note 10+ phone. If I go to the computer that runs the Roon core, the same thing happens, too.

There seems to be only a minor improvement after rebooting the computer that runs the Roon Core, but I think I can recreate the issue.

Yes. Exactly my issue too! And I’m at about 280K tracks using a Sonic Transporter i9. This feels like a relatively new issue as I’ve been using Roon for many years now. I would love to understand from Roon why this is happening and just wanted to confirm what Leonard_Co stated. 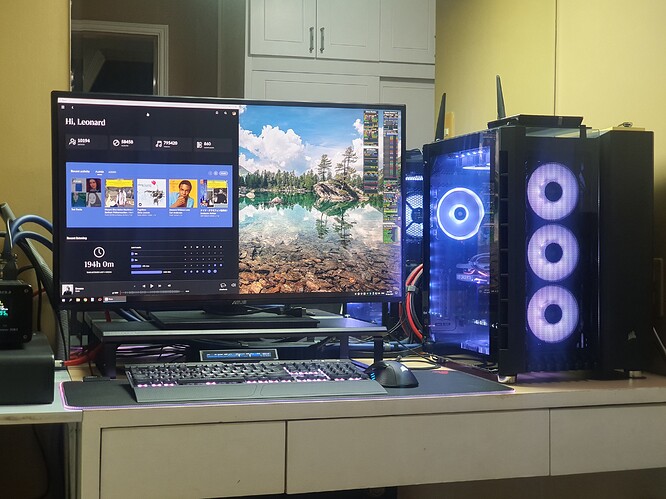 Music files (795,301 tracks, a little under 30 terabytes, all lossless from original CDs and SACDs I’ve ripped myself since 1990 plus high-res albums I buy from HDTracks, NativeDSD, HighResAudio, etc.) reside on a Synology DS918+ NAS wired to Network Switch 1 via CAT6 cable. I can copy files to and from this at gigabit speeds, over 110 megabytes per second.

I have four active endpoints, all hardwired to Switch 2 via new CAT6 cable. These are: 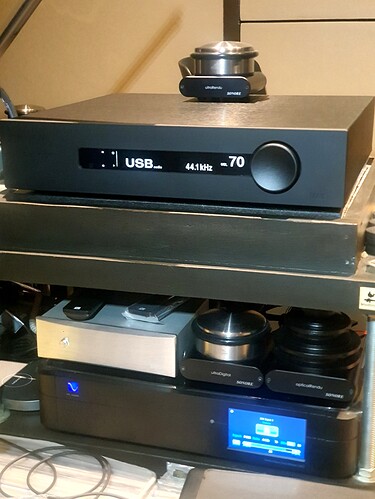 However, if I let the current song play for more than 30 seconds then choose any other song from any other album (even the same album as the song that is playing), the song timeline will swing purple left to right 6 or 7 times before it plays.

This happens even if I restart the Windows 10 computer running the Roon core and reboot my Synology NAS.

Added RELEVANT Information
All four endpoints support DLNA/UPnP. I have the mConnectHD app on my iPad. When I use it to play music from my NAS to any of the four endpoints, any song from any album plays instantly with no lag, no delay. The 30-second problem does not exist. At any point in the currently playing song’s timeline, I can select any other song from any other album and it plays instantly, no lag, no delay. This means my home network works without any issues.

I certainly hope Roon support can help. It’s frustrating and annoying to have to wait several seconds for the next song I select to start playing if I choose it after the current song has been playing for more than 30 seconds.

@support Hey Roon. Any update on this?? It’s happening to me constantly making Roon lag very bad and taking forever to play a song. I have a large library and I’m regularly adding files and I’m concerned as your library grows, this gets worse. I have over 278K tracks in my library and nice fast network. But I’m barely able to use the program due to all the lagging. I’ve heard nothing from Roon acknowledging this. I understand it can take a lot of time to try and troubleshoot this issue but I would like to know it’s being addressed.

Further to my post above where I said that I could easily recreate the issue, I noticed it does not happen while Roon is scanning newly added albums into its library.

Going back to what I mentioned above (this not happening while Roon scans newly added albums into its library), I recently ripped around 200 CDs. After making sure their metadata tags were correct, I copied them to the folder in my NAS that Roon “watches.” Roon began its scanning and selecting the spinning purple circle in the upper right corner showed me its progress.

I was surprised that as this was happening, I could let any song play past the 30 second mark and the next song I chose played instantly. However, this was true only while Roon was scanning the new albums I had just added to my local library. Once scanning completed, the issue returned.