Tom Waits .... most credits are wrong 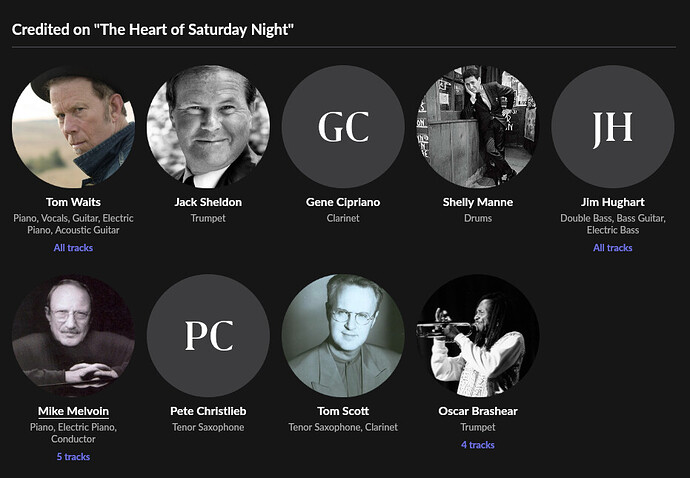 Shelley Manne does not play here…
error in any possible release identification.
anyway: View credits, reviews, tracks and shop for the 1974 Vinyl release of "The Heart Of Saturday Night" on Discogs.

i cannot coorect this locally. 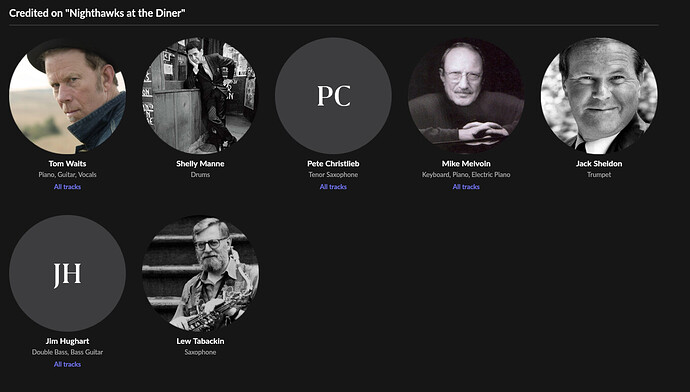 View credits, reviews, tracks and shop for the 1989 CD release of "Nighthawks At The Diner" on Discogs.

Unfortunately allmusic/Rovi thinks that Shelly Manne plays on both these albums, so roon does, too, and so it is unlikely to change unless allmusic fixes things (a rare event in my experience). Musicbrainz does have it correct. You should be able to edit this but you may have to edit at both the album and track level.

Fortunately, i’ve paid a roon subscription, which comprehend metadata too.
so i expect that roon/rovi will correct all this…

We all have paid subscriptions (unless we are starting a trial) and it makes no difference. All roon can do is contact allmusic about the issue but can’t make them change metadata (roon is a separate organization from rovi, fyi). If you want to try to get allmusic/rovi to change the data, here is where to start for Nighthawks: Nighthawks at the Diner - Tom Waits | Data Corrections | AllMusic. Let me know in a year if you have had any success.

Basically, i think that roon @staff should simply recognize that rovi metadata very often is simply not adeguate.
Maybe there’s nothing better at the moment (i do think that discogs is way better, and the best, but …)
That said, the easiest solution for those who care about metadata, is to allow (at album level) to prefer file tags over roon metadata also for credits, composers, work (as for album title, label, date, art, UPC, etc).
because the editing process inside roon is… a nightmare. and because every time you unidentify/identify an album, you … loose al those edits… while file tags are there.

I use roon for just a few days but I argee with @Niccolo_Terzi and would like to ask @staff to pay attention to the quality of metadata that Roon purchases from third-parties. Another example of errorneous credits I run into just today: 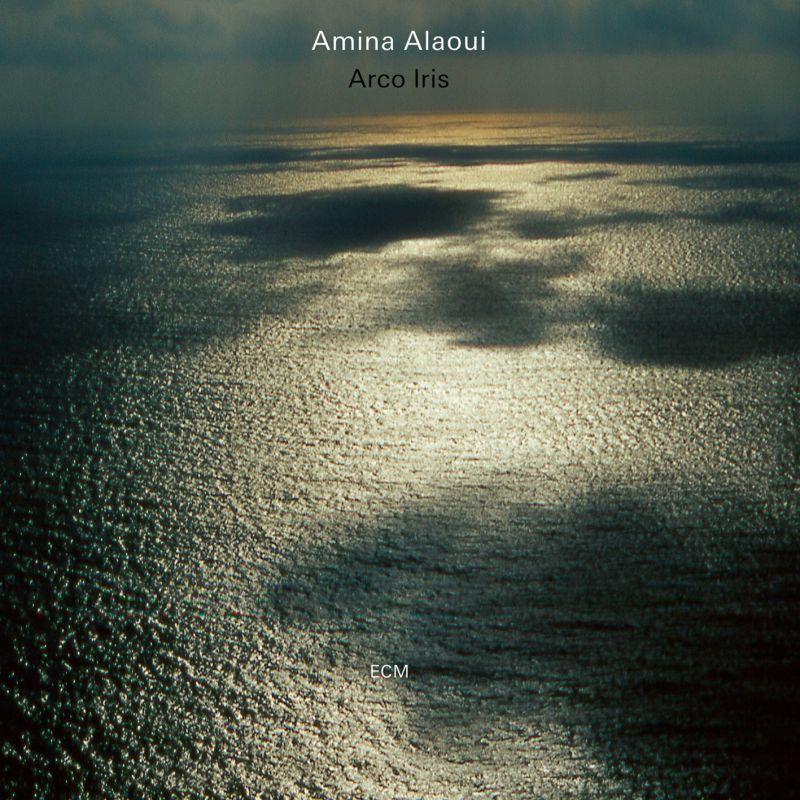 Roon says that pianis Marcin Wasilewski contributed to this album. It’s not true. It’s enough to check the label web site or discogs to find out.

As you are new, so maybe still on trial, you have to know that this is a general problem, that cannot be solved. I mean, metadata are generally wrong…
It’s something that any roon user have to accept.
On the other hand, this does not completely spoil the functions of roon.

In a worse case scenario, one could un-identify ALL albums, and rely only on file tags. Roon would do (i believe) a good job in connecting all the resulting tags. I’ve tried that once (when using squeezebox server) but it simply doesn’t work, as it is impossible to tag everything in a consistent way…

So, i believe that with roon you can obtain much much more than anything you could do by hand.

As i’ve said, accepting the errors… i’d like a way to say “roon, for this album, forget your metadata and use these”. simple as that.
there’s an easy way to do it: unidentify the album. that works… but you loose eventually the album review, and that’s a pity…

Of course, it does not spoil the functions )) I am very impressed by the app itself, its features and ability to present an artist work in a very attractive way. I just thought that there is possibility for the community to improve the quality of metadata by repoting errors. Thank you for the hint on how to unidentify an album, I will try it.