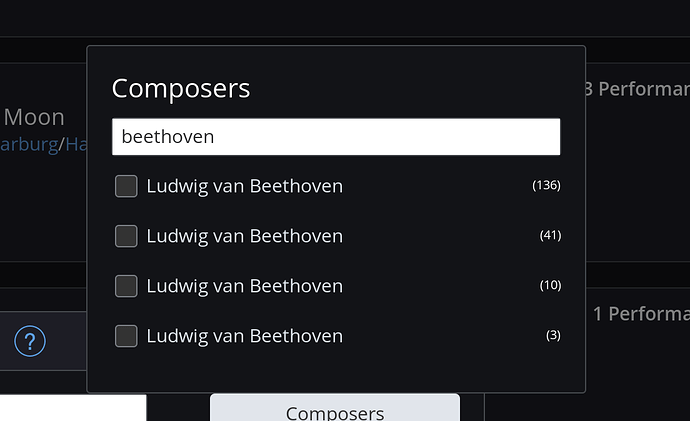 Let’s drop a flag for @joel and see if he can reduce this bevy of Beethovens.

There is no way of solving this problem as a user, currently.

As previously noted, this is a known and understood bug, but one with a difficult fix.

@brian and @joel are aware.

Looks like a 1.3 fix @Jim_Austin. Until then I’m going to listen to Mozart and PDQ Bach.

Edit: I should clarify, my guess is that users will be able to merge artists/performers/composers in their own databases.