Too many clicks to delete?

Is this really necessary? Previously it was 1 click, then it went to 2 clicks in the last build. Now it’s 3 clicks. What’s next? 4 or 10 clicks? Don’t treat us like imbeciles.

We have a responsibility to make sure the product is clear and comprehensible. For better or worse, we’ve heard a lot of feedback regarding confusion here, and this is one area that the app needs to be 100% clear.

You might be surprised how often people click through without reading, even when big red letters explain your files will be deleted. If the check boxes are forcing you stop and think about what you’re doing, they’re working as designed

Some of the confusion probably stems from the fact that in general, Roon will never modify or move your files – this is the only area of the app that doesn’t follow that convention. We know many people use Roon for cleaning up duplicate files or removing lower quality copies of albums, and while we don’t intend to remove this functionality we need to make sure people understand the implication of “delete” in Roon.

Speaking of which, how often are you deleting content? I’m interested to know about the use case here, since I’ve also heard a lot of feedback saying we should add even more steps to the delete flow, or remove this feature completely. More information about your use cases would be helpful here @Mediahound (and @philr).

Thanks for the feedback guys!

You should have some sort of toggle to turn off the dual checkboxes or something then instead of having it default on all the time. But I really don’t think anyone didn’t understand it when it asked ‘are you sure’ before. Does it really need to ask it 2 and 3 times?

Once a user knows how the feature works, they don’t need to check it 2, 3 times every time and jump through so many hoops.

I delete albums a lot since I’ve been in the process of converting my entire library from ALAC to AIFF. After I convert an album, I then delete the other version.

And yes, I realize I could go find what I want to delete on my hard drive and delete them there, which I sometimes do, but it’s nice that Roon tells you that there is an alternate version of the same album and if I see it, I’ll usually click on it and delete it from within Roon.

I’ve not used Roon for deleting files - but does the mental model used for emails and files work well here… 1 click delete to “trash” - it no longer appears in the roon library (but can be accessed via the UI to restore an erroneous delete) and then periodically “empty trash”?

Also, with storage being pretty cheap, do folks want to delete, or is it more “add to library / remove from library”? Does remove need to delete? Hence having it in a holding pattern where it doesn’t appear in the library, isn’t searchable, but is available. Then as housekeeping you can go do a delete from the “trash”?

with storage being pretty cheap, do folks want to delete, or is it more “add to library / remove from library”? Does remove need to delete? Hence having it in a holding pattern where it doesn’t appear in the library, isn’t searchable, but is available. Then as housekeeping you can go do a delete from the “trash”?

They already have the hide feature for that.

Ok - so what’s the use case for delete?

Removing lower quality copies or duplicates from your hard drive, or your TIDAL collection. Lots of people use the feature this way.

Combined with Focus (and Export) its a very powerful tool for cleaning up an unwieldy collection, but obviously it can horribly wrong if we’re not clear that files are actually being deleted – hence all the confirmation.

Ok - but I don’t get why a 2 step process is worse than a 3 click process. Sounds like roon has both options from what is being said here. If hide was turned into a “trash” type option, would that be better? You’re removing from the library in 1 click, and then at a different stage deleting (as per email and file systems)?

I add a lot of Albums to my library from Tidal from reading things such as the what are you listening to now thread here. If I do not like them when I listen to them later then I delete them. I can’t listen to them as I read about them since there are often many posts and I’m already listen to one of the other suggestions or I’m add them them when I’m not at home and I favorite them in Tidal.

I don’t delete local tracks. How about a remove from library feature without so many checks and a separate delete files option just for local content. Only the later needs two checks.

Or more simply just don’t ask for the second confirmation If the content to be deleted is Tidal content.

I’m constantly amazed at how much anxiety an extra click causes.

No wonder we have an obesity epidemic, it’s about the only exercise I get.

I’m constantly amazed at how much anxiety an extra click causes.

Mainly because it’s pointlessly redundant. It used to ask ‘are you sure you want to delete?’ which was fine. Now it’s asks the exact same thing twice. Just not needed.

I’m one of those who liked the old paw masher and two click play so it’s not just about the number of clicks.

I lost out on that one and I’m now often deleting my queue when I don’t want to why don’t we have a confirm before the queue is deleted that would be more important to me.

Ah sure, maybe Roon’s just trying to be friendly, AI and all that, poor old Roon doesn’t often get the chance for a chat.

@Mike, it has been known for 25 years that confirmation dialogs don’t work. They are not just annoying, they fail at their goal of protection. Since you do want to confirm 99% of the time, or more likely 999,999 out of a million, you just automatically confirm and that one time you didn’t actually want to, it’s too late. In Windows, the gesture for deleting a file just became Delete-Enter, click-click without any thought. And without any protection.

The solution was the introduction of trash basket semantics: deleted content is marked as deleted but remains available for rummaging in the trash basket, until the basket is emptied.

Another similar case of useless protection: I work on a document, close down Word, and it asks, do you really want to shut down without saving the changes? Of course I want to keep the changes, I spent an hour on them! People say that it happens that I decide that this hour of work is bad and should be discarded. But this is the extreme exception. Burdening the everyday workflow for this exceptional case is a bad trade off, and in any case the prot3ction doesn’t work. The solution is robust undo, that survives session end. Same as the trash basket.

My use pattern for deleting tracks/albums within Roon is very similar to @philr’s.

I pretty much only use Roon’s delete feature to delete Tidal albums that I’ve added so they’ll be in my “Recent” list to check out. If I listen to one of these and decide it’s not for me, then I delete it, usually right after listening to the album … or sometimes sooner.

Since deleting a Tidal album is nondestructive and easily undoable, maybe it should be handled differently from deleting an album from one’s local library?

I have to say, the delete cautions have gotten kind of annoying lately, as I’ve been adding ECM albums, finding they show as unavailable once they’re added, and then deleting them. 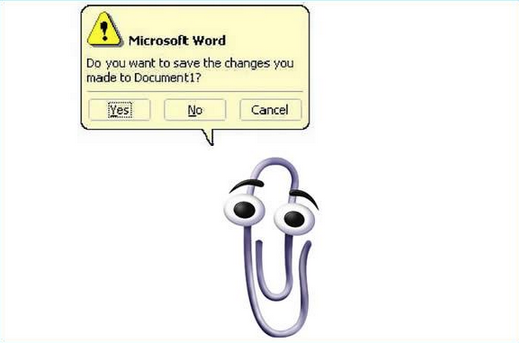 I know it sounds improbable that users might delete files unintentionally despite clear warnings and confirmation dialogs, but there have been cases of it happening and sometimes (thankfully only in a very few cases) people don’t have a backup. Reports of such issues are often hidden on the Forum because they can attract adverse comment and the last thing someone who has inadvertently lost files needs is further public humiliation.

I started off thinking that only a total goose would be caught out by file deletion, but once you see actual cases where it has happened you realise that Roon is now used by all sorts of people; some with limited computer skills and who may not be proficient in English. Also even if some users are total gooses, building failsafe software that can be safely used by them is still a worthwhile aim.

I thnk a trash basket approach as suggested by Anders would be preferable to either a 1 or 2 click confirmation dialog. It has the dual virtue of being more likely to prevent inadvertent deletion while also avoiding repetitive confirmation dialogs.

Another vote for the wastebasket approach (or a trash basket, if you really insist) from me. Mind you, I’ll bet that while this is easy to ask for, implementation across all platforms may not be…

Surely if a “thrash” is used it will actually involve more effort to actually delete albums as you’ll have to go to thrash and will certainly be asked again if you want to permanently delete?

It does seem overkill for Tidal but I presume if we like the way Tidal is integrated we have to put up with the corollary that albums are treated the same in all settings.

One could always unfavourite in Tidal with one click which will delete from Roon.