This is from my friend Brad (i know maybe 2 of these, so a lot of research to come!):

Rough Trade is a music shop I think in London and one in NYC.

Rob thats 2 more than me

OK here is mine, in no particular order:

As always: this list would be very different, if there was time to listen to everything that was released (in 2017).

We are going to see Katie Hurt next week with Sonia Leigh.

Sonia is great live, real gutsy with attitude. Try the track Alabama…
Katie Hurt and her band don’t hang back much either lol

I love the button ‘Add to Library’

Oooo so do I. I admire you putting a list up, I don’t think I can do it. There are so many…

Not exactly on script but this is a list of some of the artists we have hosted or seen this year and so the albums were new to me. It’s been really great to see and hear them live and it gives me a lot of great music to enjoy.
I couldn’t possibly pick favourites as they all have a personal connection to me. I know I have left plenty off the list.
Danny and the champions of the world. BRILLIANT LIGHT

Dennis Ellsworth ROMANTIC AS IT GETS

The Flyin’ A’s YOU DRIVE ME CRAZY

Katie Hurt PIECES OF ME

These ones jumped out and gave me multiple hours of musical bliss! A lotta good ones here… ; )

A belated two thumbs up on your list. This stuff is outside of my usual listening tastes, but so far (about half way through) I have favorited about 80% of these albums. 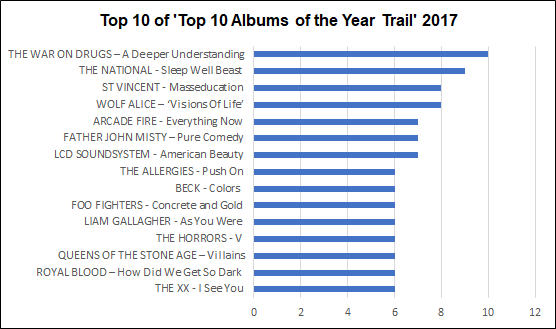