I’m not sure if this is a known issue or not, but my Lenovo A740 was having the issues with Roon booting up and never quite making it to the started state. It would crash and disappear so I’d have to restart again, going around in circles.

Just tried it out of tablet mode (which it was set up in) and it’s seemed to start up. Still takes a while but gets there.

Are there any known issues with having your tablet in tablet mode??

Yes it is now but it was also the same with Windows 8.

I reverted back to test when I had all the “drop out” issues and that part was there same.

Let me clarify something.

When your are talking about tablet mode, do you mean this mode (see the red arrow): 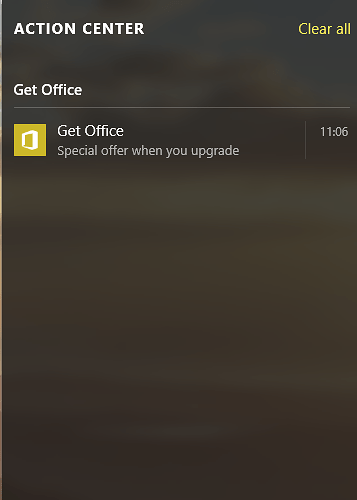 If the answer is Yes, then we are aware of several issue. Something like - on startup your splash screen is being stretched to fullscreen size, then Roon windows disappears and you need to press on icon on the taskbar to open it?

Then also it seems it’s pulling masses of activity (with the scrolling white circle on log in) and then the Roon app actually closes. So it goes and no log in.

Repeatedly clicking on Roon app again does the same thing.

When not in tablet mode it sometimes crashes before logging in but the last day or so it’s more stable and working NOT in tablet mode.

As you can see we are aware of this issue and it is on our to-do list, but I don’t have any timelines, so for now it is better to use desktop mode.