Track in Tidal, unavailable in Roon

While listening to music via Tidal I’ve often noticed Roon skip a track with an error like “Track unavailable”, at the time I just assumed it was some strange license issue or similar but have now found examples where the tracks are fine in Tidal but Roon still skips / says they are unavailable. I’ve tried manually syncing with Tidal. Removing the album from Roon / reading. No change.

Eg. Shanty Town performed by Jimmy Cliff on “The Harder They Come” 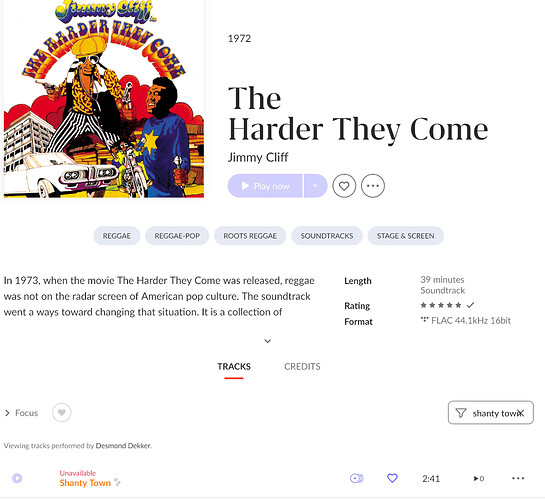 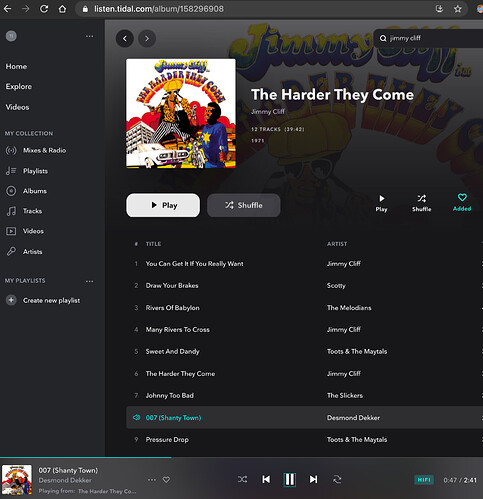 It could be connected to this issue:

Tidal tracks skipping: "The track is not currently available from TIDAL" Support

I had to restart “Roon Server Software” on my ROCK - until now everything looks (sounds) very good.

Thanks a lot, Roon team

Try restarting your core to see if a recent change Roon have made server-side helped.

Here is another one, Paul Simon 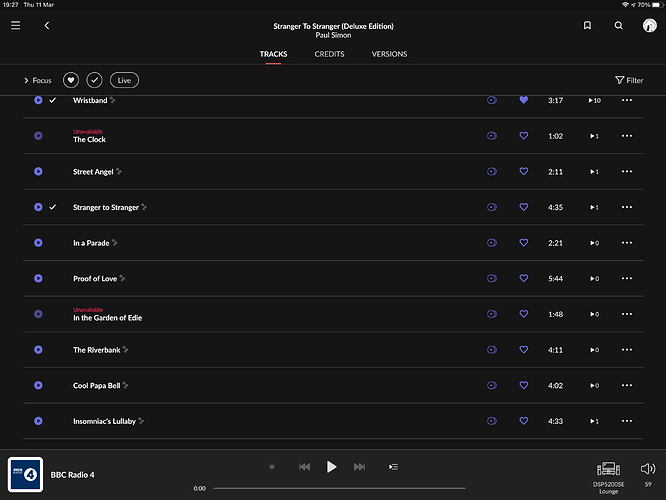 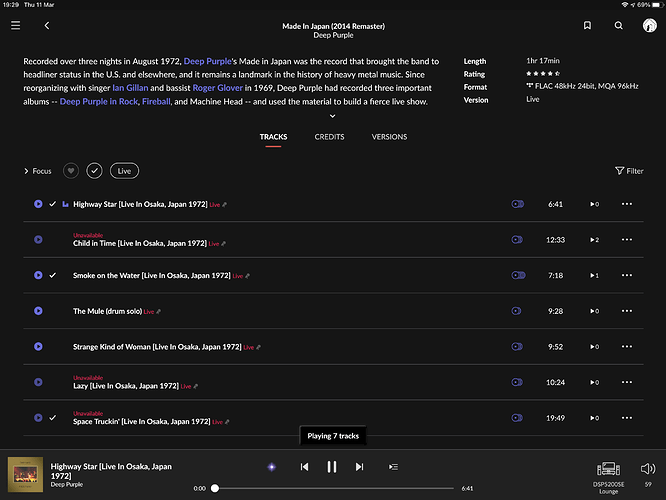 Sounds similar, although my core turns off / on every day and this particular track has been missing for at least a week. Restart has no impact.

I’m not sure if that’s reassuring or not.

It’s not, these two have been like this for ever…

I have also noticed this issue, my observations are:

I always found another Tidal version where all tracks have been available. I could not find a pattern, which versions had issues and which did not (regarding format like FLAC, MQA, etc.)

Since I do not care about the format (AAC, FLAC, MQA) I just added the working version to my library and deleted the not working one. This might not be a solution for everybody, but it was for me

I suppose that’s a work around, but as all versions are available on Tidal you’d hope that they would just work as is. It seems like a simple requirement to just be able to play an album without faffing around. Roon is supposed to improve on Tidal, not make it worse.

Sure - it’s my workaround. And for the “Jimmy Cliff” example you stated at the beginning of this thread, there is no alternate version within Roon/Tidal available.

Still I described my workaround just in case it would help other readers of this thread.