On the album page, in track view, on a couple of occasions I see a “1-1” track with the bullet being the exact same track. I can’t for the life of me figure out how to remove the double. Any thoughts?

Hi Theodore, can you give an example, album title and track title. Is this a local track or Tidal?

Did you check the album directory on the disk itself? I’ve seen this in the odd case where I forgot I created an exact duplicate of a track at some point pre-Roon.

I’m sure it’s something simple, but how do I get those to be one track? And btw, it’s a 2-disc set and the other disc doesn’t read like that.

Furthermore, here’s another issue I’m having: why does Roon turn this iTunes database, which appears in iTunes exactly like this… 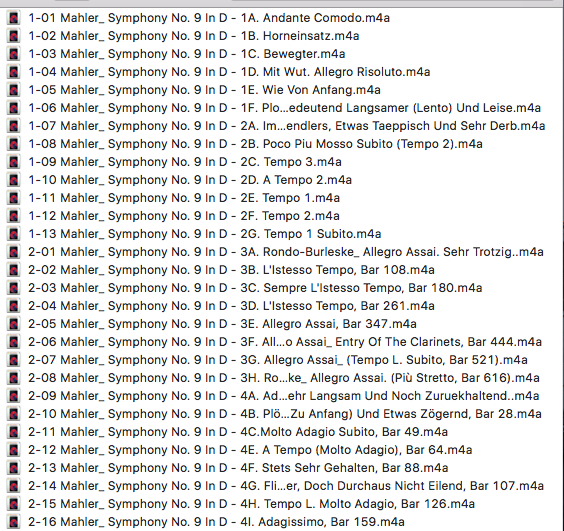 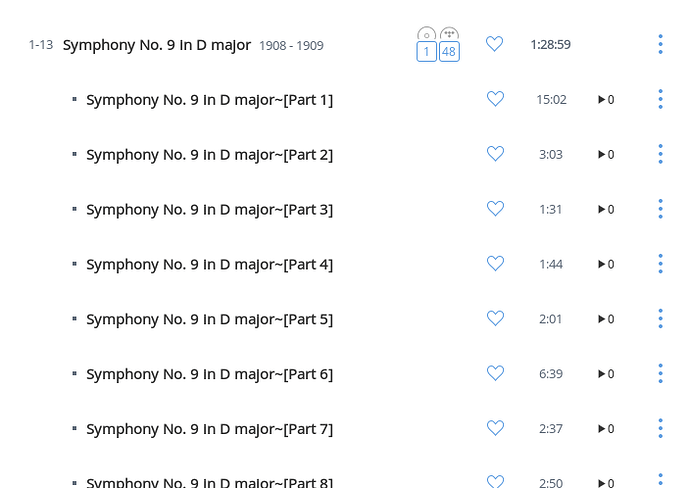 @Theodore_Witcher, I had the same issue after I moved one album from one folder [Music - FLAC] to another one [Music - HiRes], ended up removing it from database and re-add it since I couldn’t figure out what was causing it. A rescan of the library did not fix the issue either.

@Fabio_Cicchinelli That’s really interesting. A number of people have been seeing this, but we’ve not really had any good clues to reproduce. We’ll try doing some album moves and see what happens.

For you own problem, did you clean your library (Settings -> Library -> Clean Up Library) after you removed the album and before adding it back?

Also, users have reported that re-identifying the album fixes the problem.

@Theodore_Witcher I’m pretty sure that what you are seeing is some dodgy metadata from one of our providers. Please would you know which Mahler Symphony No. 9 album this is so that I can verify?

The first problem with the repeated tracks mysteriously resolved itself.

The second problem, with the Mahler, persists. I re-identified the album, the correct metadata (all those subtitles) appeared, I saved it, but no change when back to the regular album/track view. Very strange.

I did not cleaned up the library after the fact but I unsuccessfully tried re-identify the album with no success.

@Theodore_Witcher That’s because Roon presents composition metadata when it has identified multi-part compositions, not track titles.

What is the title and album artist(s) of your album?

That is Mahler Symphony No. 9, Leonard Bernstein conducting Royal Concertgebouw Orchestra on DG. I found an ID that correctly presents the metadata. But the behavior was very strange.

Always with my Mahler! Thanks.

Yes, I’m seeing the same thing on my Karajan/Mahler 9. The composition doesn’t consist of a track per movement, but many small tracks per movement. I suspect that the metadata isn’t present to reconstruct the form of the composition properly. 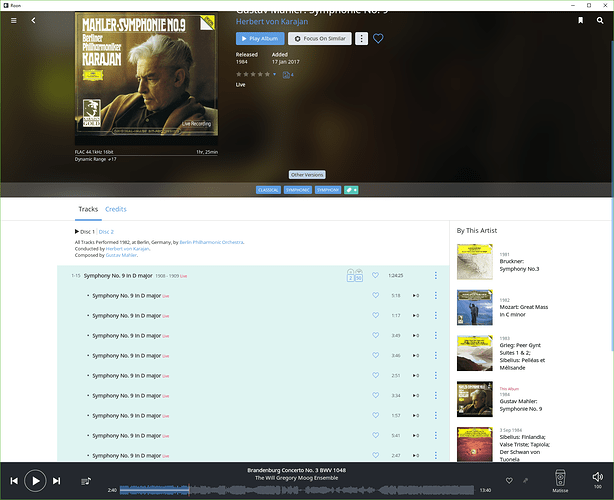