Tracks from TIDAL album showing out of order

@support, this maybe more of a Tidal issue than a Roon problem, (and may merit its own thread), but it definitely falls under the "Commitment to Classical Music heading.

I came across an issue with operas being presented with their tracks out of order, particularly if they are multi-disc sets. I’ve seen this with other labels, and didn’t investigate, but here are two examples of Verdi operas, from the label Hungaroton. 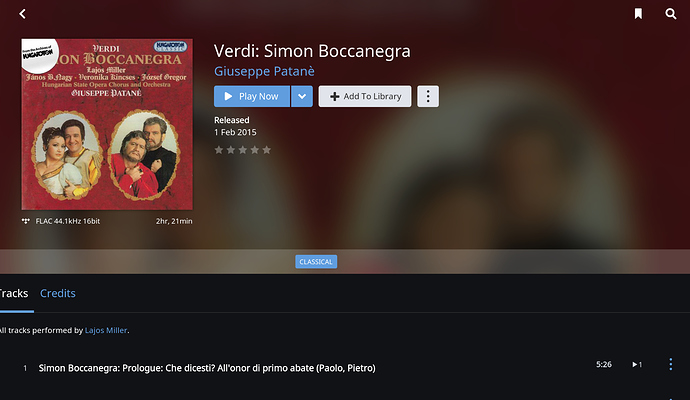 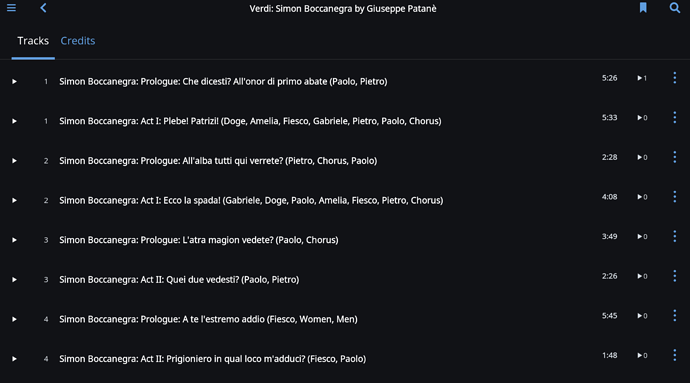 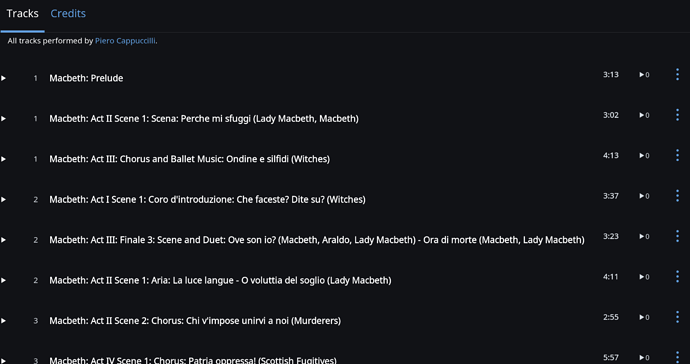 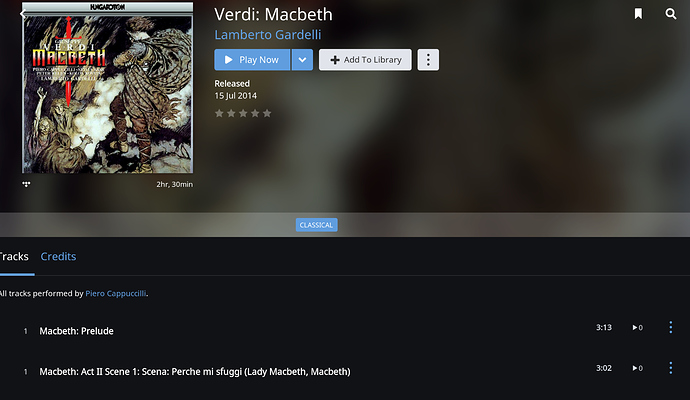 as you can see the tracks are scrambled between acts, and “discs”.

here they are in Tidal: 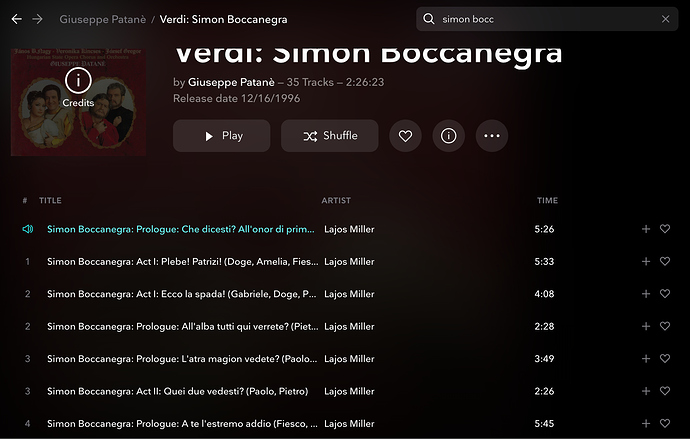 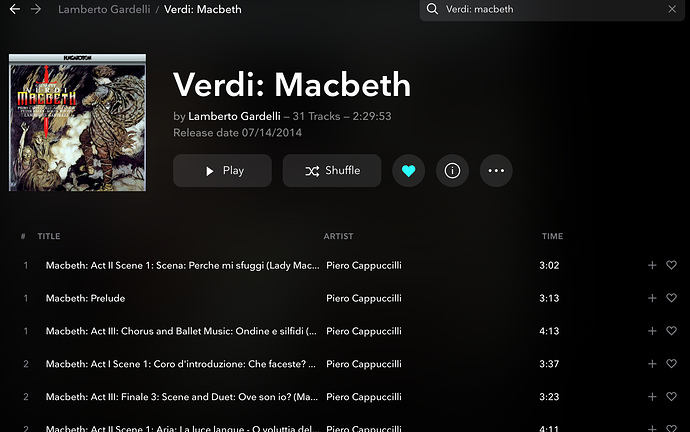 and for comparison, here’s the Boccanegra in Qobuz (I couldn’t find the Macbeth): 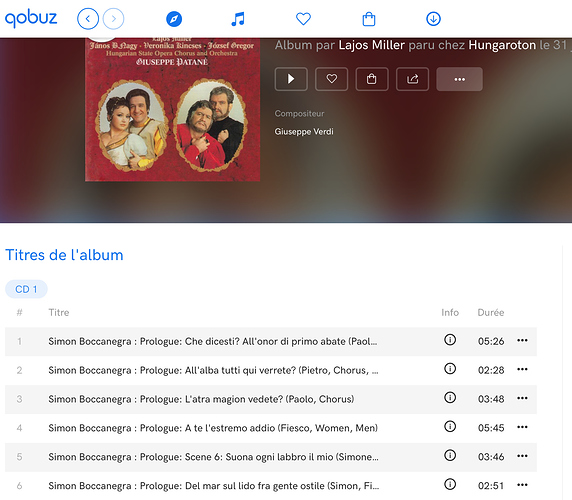 i don’t know how these files are delivered to the various services, but any one doing even basic QC could see they’re out of order, whether or not that person had an understanding of classical music.

perhaps not something roon can fix, but it’s very frustrating when listening to Tidal.

When I was a baby, my father would sing “Il Lacerato Spirito” to me to put me to sleep as a lullaby.

given what Fiesco is actually singing about, that’s actually hilarious.

I looked into this and it definitely appears that the issue is coming from TIDAL. The best option is to submit a ticket to TIDAL requesting that they correct this.

I’ve fixed Macbeth and Boccanegra, at least for my own library, by importing the album, then using “fix track grouping” in the editor.

the problem appears to be a missing disc number for multi-disc recordings, which probably means the source for these tracks is a CD rip. it’s tedious to fix, and helps to have some knowledge of the work itself, but if the track metadata is good (as it is here), even a classical neophyte should be able to understand that Act 1, Scene 2 comes before Act 2, Scene 4, even if they have the same track number.