I recently added an album to my library and it was identified correctly but its showing some tracks as “works” even though they aren’t. What’s weird is that only one track is shown below the “work” but the time in the “work” is double the only track in it… See below: 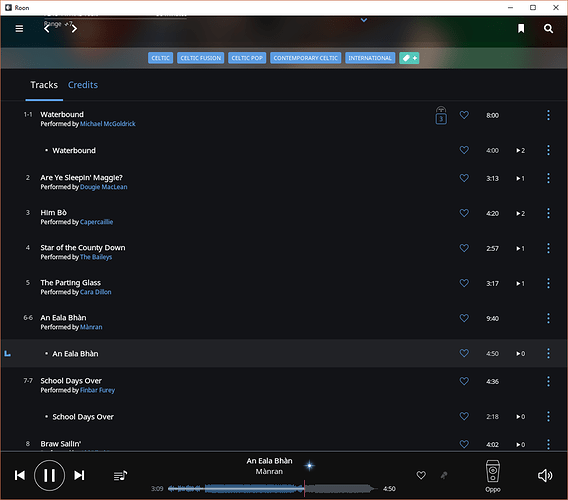 I saw someone else had this problem but didn’t see any responses to his issue.

Can you confirm all your devices are updated to 1.3?

And if so, can you let us know the details of your configuration, as described here?

It seems maybe Roon was picking up on a previous copy of the files. I had the previous music files in the Recycling Bin which I’ve since emptied but maybe the library didn’t update appropriately until I restarted Roon. It’s displaying ok now.