Tracks show as "unavailable" when added from Qobuz to library

Quite often now , adding a Qobuz album to the library results in some tracks showing as unavailable.
2 recent examples are “sunset in the blue - melody gardot” and “who - the who”.
I have found with these that if i go back later into “edit” on the album and use rescan and re-identify, then the unavailable tracks become available - sometimes this takes more than one attempt.

Quite often now , adding a Qobuz album to the library results in some tracks showing as unavailable.

When did you originally add these tracks, was it recently or some time ago?

Thanks for the quick reply. this seems to happen over the past few weeks i.e. September and October 2020. Here are some screenshots of one of the albums. It is tracks that appear as unavailable 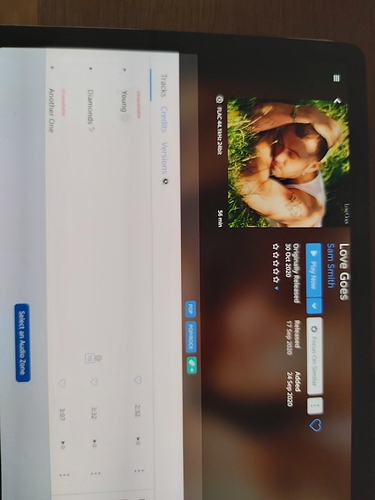 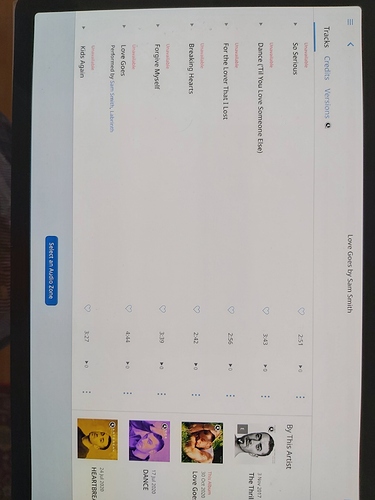 that was just the album I found with unavailable showing - do you think it could be a similar thing with other tracks that have shown as unavailable?
I will see if I can find some other examples - do you know of any way of searching for these in my library?

This is quite common. I have also seen the odd track missing from albums that have been released. Little Fluffy Clouds wasn’t available from the Orb’s Adventures Beyond The Ultraworld on Tidal. I assume this was down to copyright issues. This is why I like to have my own library. Anyway this is not an issue with roon but the streaming service themselves.

Don’t know of any way of searching for unavailable tracks - sorry.

I tried to look up these albums on my end and they appear to be expected. Are the tracks unavailable for all versions of the album or just one version in particular? You can click on the “Versions” tab to the right of Credits on the album tracks page to view the different versions.

another example from today 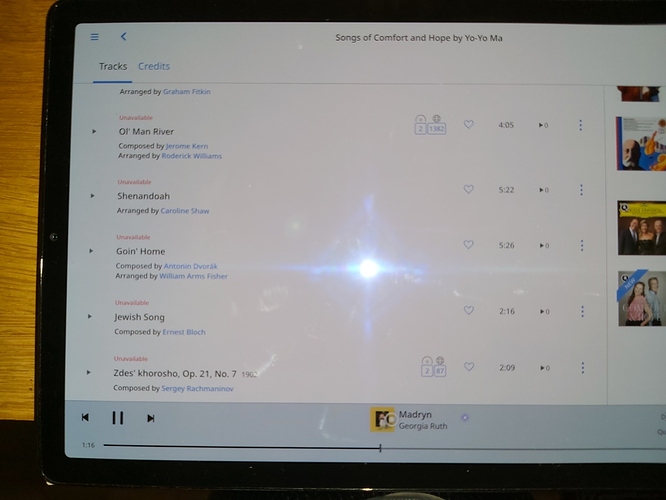 Thanks for sharing that screenshot. Can you please try to log out and back into your Qobuz account via Roon Settings -> Services and verify if that changes anything?

tried that - no change . tracks on that album still showing as unavailable , no other versions shown

I just tried to find this album on my end and on Qobuz and I am seeing the same behavior here.

Further, I tried to locate the album in the Qobuz app as well and I was unable to, suggesting that this behavior is not on Roon’s end.

This behavior can occur when the record labels themselves remove material from Qobuz’s library, I would reach out directly to Qobuz for album availability inquiries.

@David_Orchard_Orchar and @noris - if you look at that Yo-Yo Ma album (Songs of Comfort and Hope) in the Qobuz app, you’ll see that the release date is shown as “to be released on the 11th December 2020” - That’s why the tracks are unavailable in Roon (and in the Qobuz app) apart from track 10, which is clearly some sort of preview track. 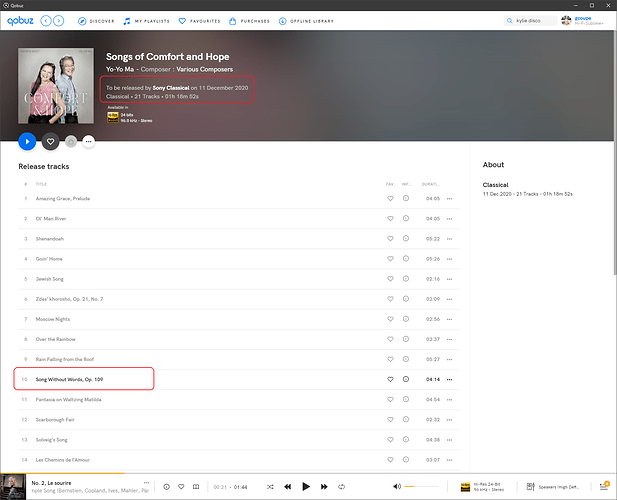 I’ve noticed this behaviour for a number of albums on Qobuz recently. Qobuz appears to be giving an earlier date to Roon than the official release date, and it’s presumably because a track has been pre-released ahead of the album release.

Another example is Kylie Minogue’s Disco (Deluxe) which was first released to Roon (with only one track available) on 24th July, but the 2 disc album wasn’t fully released by Qobuz until today.

@Geoff_Coupe and @noris
indeed it does !
nice detective work Geoff

is there anything that Roon can do to carry this information across from Qobuz?

Hi @David_Orchard_Orchar — Thanks for the feedback here! Right now it’s possible that Qobuz says we can display an album even if it’s not yet available for playback. We’ll look into how we can better display these situations in the future.