I’ve been messing around with RoPieee to use just as a basic remote control. I’m using it in conjunction with an older Pie v2 and a Flirc dongle. I configured the flirc and installed Ropieee without issue. Ropie see’s the flirc and I set it to the name of the zone I want it to control. Within Roon I enabled the remote extension and according to Roon the extension shows “last seen: Just Now”.

Unfortunately after all of this the remote simply doesn’t work. I double checked the flirc configuration and It appears as if it is configured correctly.

Is there a RoPieee log that I can view to ensure that the device is seeing the button presses from the remote? I have a linux background but i’m not familiar with node.js.

Do you have the display attached? IIRC it only works with the standard RPi touchscreen.

Nope, no touchscreen, headless install. Access for the little poking around I did was via SSH.

@spockfish can confirm, but I understand that the remote emulates keypresses for play, pause etc. used to control the display, and without this you can’t control the zone.

I don’t think that is correct: the remote control of a Roon zone is independent of a display, and the zone can be any (eg does not have to be the same Pi functioning also as an endpoint). The only requirement is that the remote is line of sight. As far as I know, there is nothing to configure other than on the Remote Control tab.

As a starting point, I’d submit feedback from the Advanced tab, to see if there is something obvious.

Edit: double check that the zone is spelled exactly, including spaces.

With the Flirc there’ another thing that’s important: the profile you used for programming the keys. This should be ‘multi media’, otherwise it won’t work.

If you restart the unit, wait 5 minutes, press a few keys and send me feedback (it’s on the advanced tab) I can have a look.

Harry, the issue was the profile.

I used the boxee profile as suggested in the video you tweeted out from Hans the other day. In the video that is the profile that is suggested. Once I switched to the “Media Keys” profile and reconfigured the dongle everything worked fine.

Once I switched to the “Media Keys” profile

Would you be willing to post a screen shot? I’d like to update the beginner’s guide accordingly. And, to confirm, it is “Media Keys”, not “multi media”? 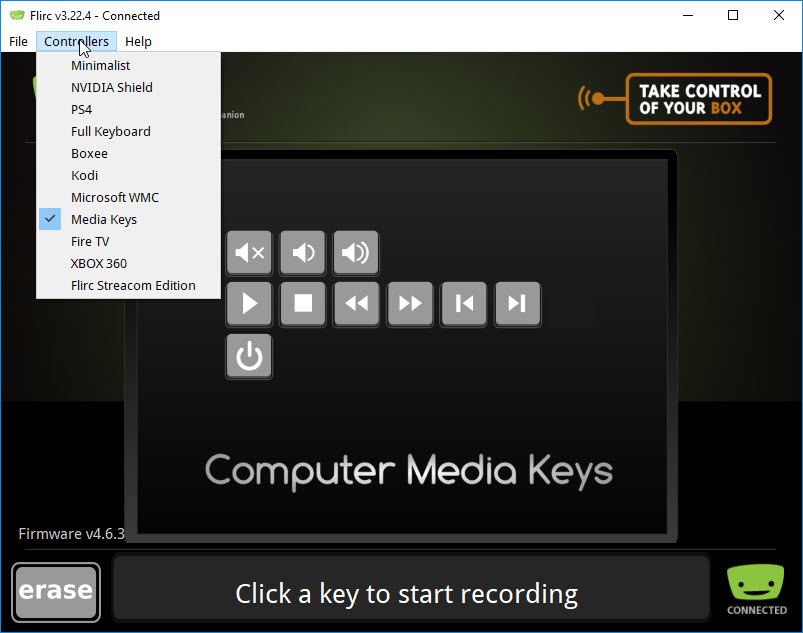 Thanks for the clarification, @Nathan_Wilkes. Looking back through the forum it seems that the screen was a requirement back in 2017.

Thanks @Matthew_Mannix. I hope you don’t mind me using your screenshot? 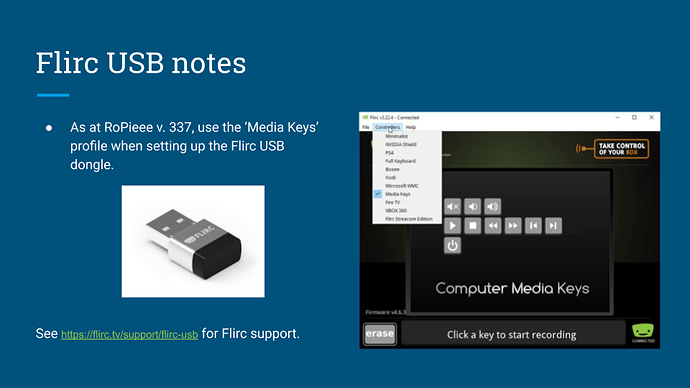 Not at all, thank you all for the help in getting this resolved.